If you think Tardar Sauce, more popularly known as the “Grumpy Cat” on the Internet, is challenged when it comes to being happy, then you better meet “Earl the Grumpy Puppy”.

With an underbite, wrinkles, and dark complexion, the Internet’s grumpy dog certainly looks grumpier than his vicious-looking feline rival. According to Cater News, Earl is a second generation pug and beagle mix or a puggle.

A month ago, Earl became an instant social media star after his photo was posted on Reddit getting more than 5,100 up votes and over 2 million views on Imgur. We’re not sure if the pooch has got some serious issues, but we know for sure that he has taken the social media by storm.

While many would perceive Earl as a grouch, his owner Derek Bloomfield from Iowa says he’s the exact opposite.

“He is the most relaxed, content puppy [my girlfriend or I] has ever seen. He’s constantly trying to snuggle up to one of us and has us in constant fits of laughter through his facial expressions and mannerisms,” Bloomfield to Cater News. 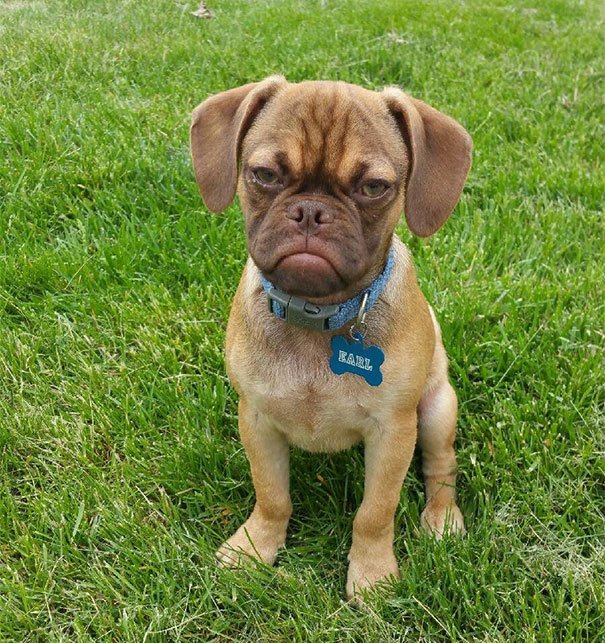 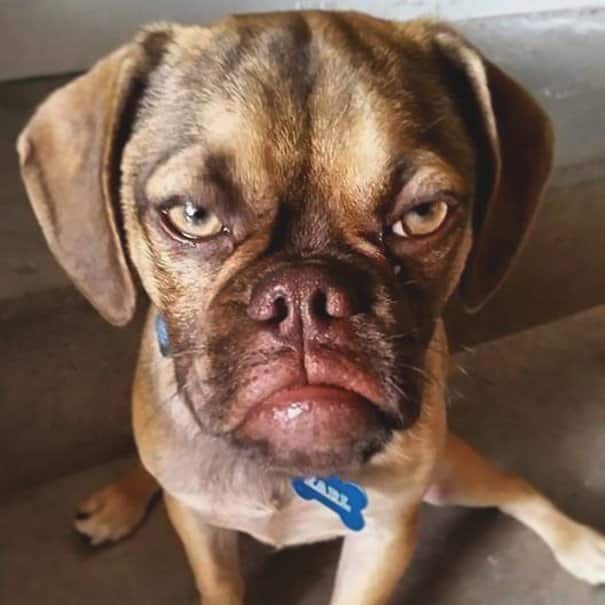 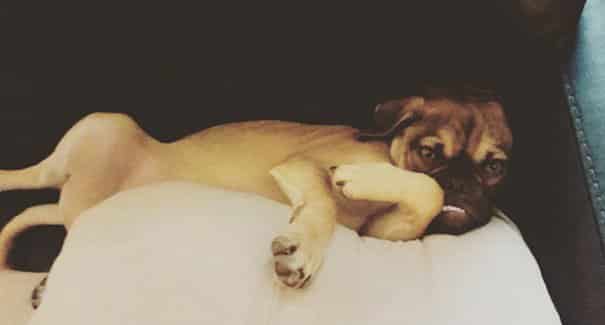 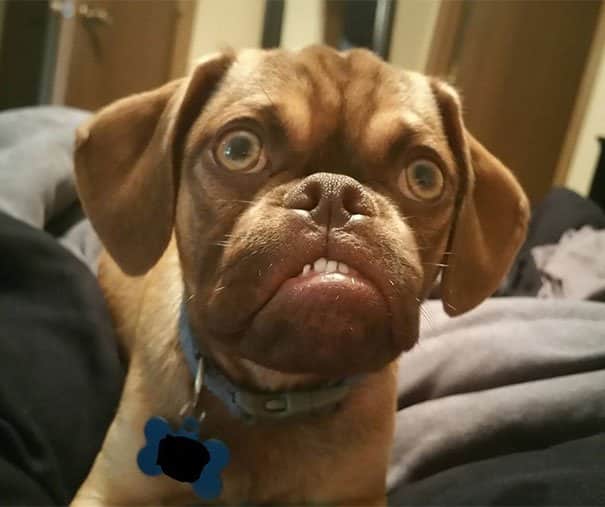 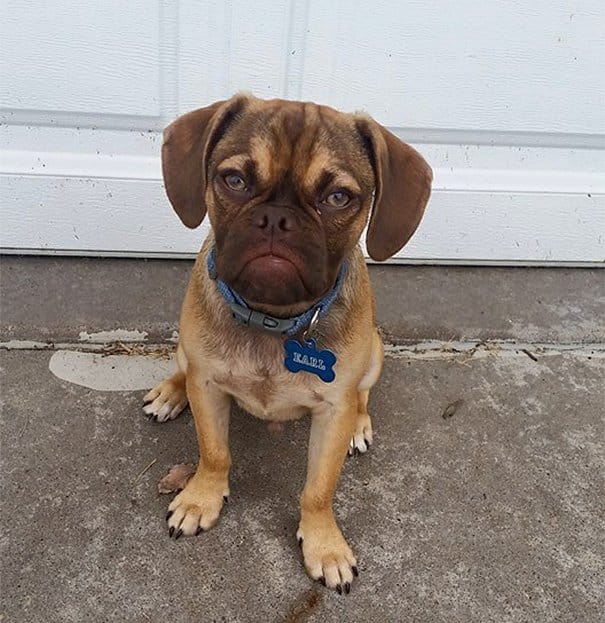 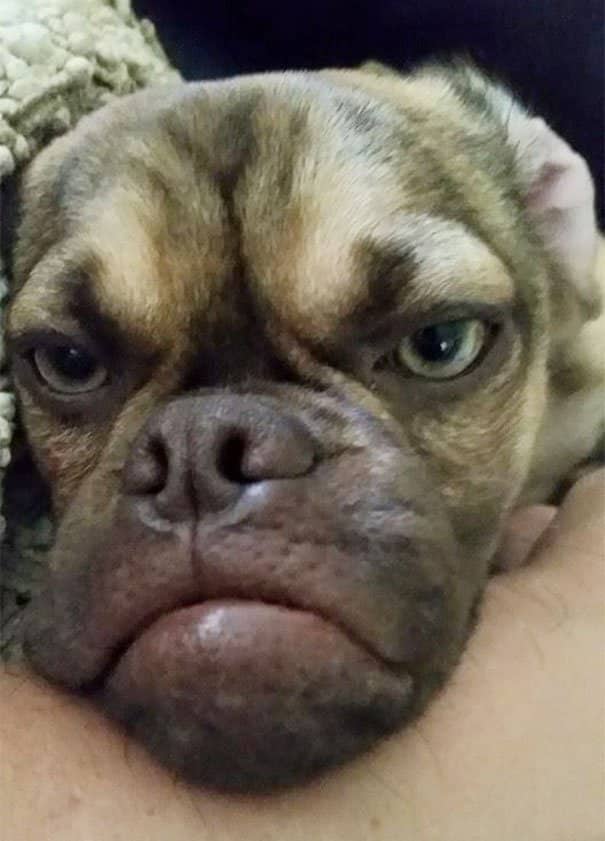 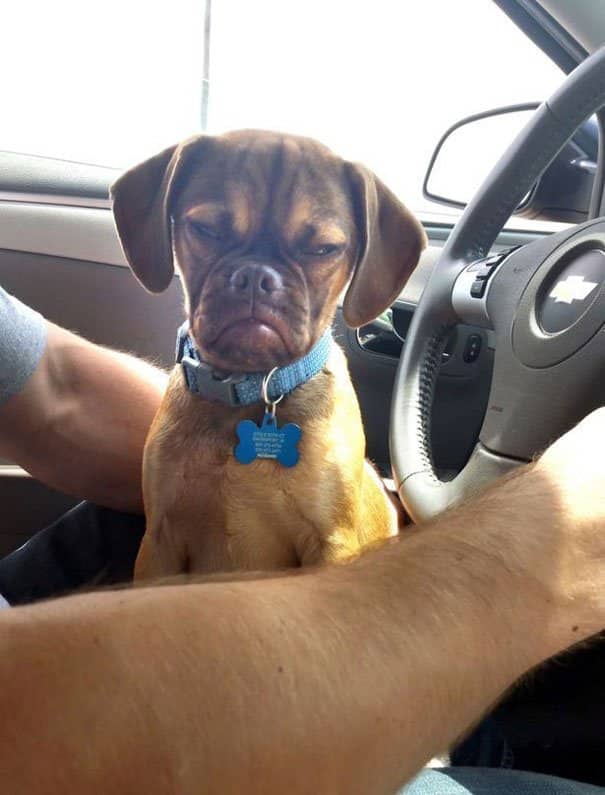 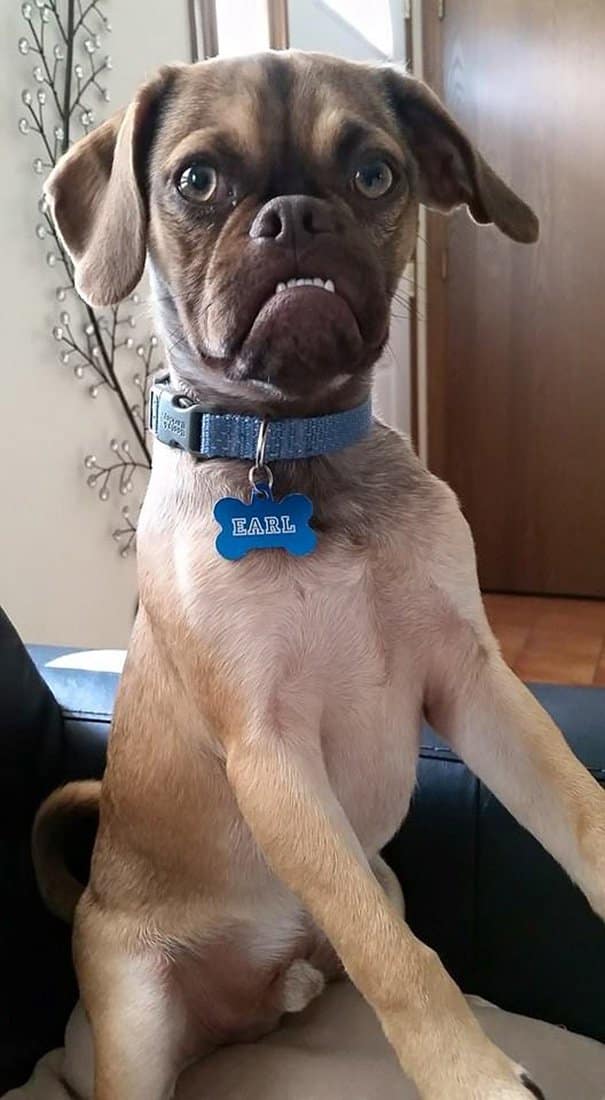