Office employees in a rundown building in Bihar, India, have always been fearing for their safety due to bits of ceiling falling on their heads. So they came up with an interesting solution – always wear motorcycle helmets when working!

Recently, a video of the employees carrying on with their normal office jobs while wearing motorcycle helmets inside the government building went viral. Somehow, it gave focus on the risky working conditions of the country. 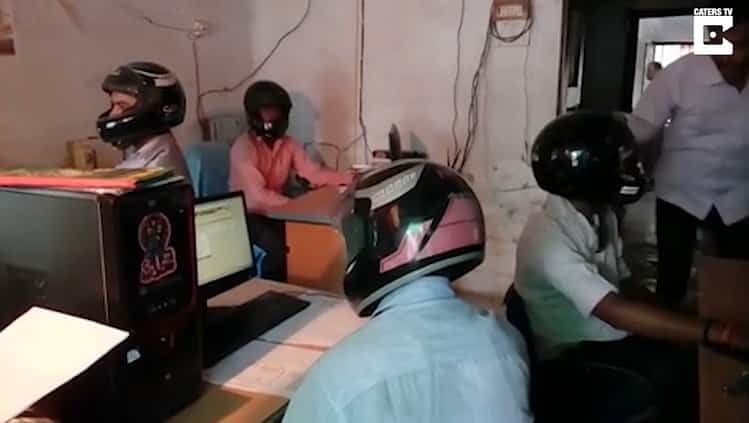 Still, the government didn’t do something about finding a safer place for the employees. 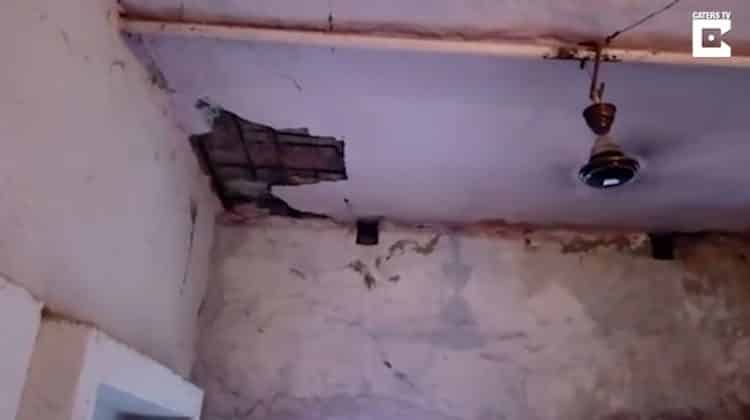 Since then, the state of the building has continued to worsen due to rains. Leaks on the building have compromised the safety of the office records and the equipment, according to employee Amit Kumar, who told the media. He added that the concern has been raised to senior officers several times but there was no response or action coming from them.

“The building construction department had two years back declared the building is hazardous and unfit for use. The authorities have, however, found no alternate accommodation to shift the office.”

At any day, the roof could come down on all those employees.

“Since we can’t be absent from our duties, we all decided to wear helmets,” Parvez Ahmad said. “Many employees have sustained injuries due to falling of plaster from the ceiling,” the employee continued.

Once the video of the dilapidated building went viral, local Government officials have announced to transfer the office soon. However, four workers who were featured in the video clip have been “issued show-cause notices,” for bringing up the matter to the media rather than discussing the matter internally, according to Oddity Central .

What do you think about the government’s decision to issue a show-cause notice? Let us know in the comments section below.