You’ve heard of horse whisperers, and then there’s a famous celebrity dog whisperer, but elsewhere in the world, one place boasts of a hyena whisperer. Yes, there’s a guy who actually “talks” to these wild, carnivorous scavengers to keep them from being a danger to other humans.

Hyenas don’t exactly have the best reputations. They’re ugly, dirty, and they smell bad. They eat everything that doesn’t run away, and their sound raises the hair at the back of anyone’s head.

Not Abbas Yusuf, however. People call him the Hyena Man. 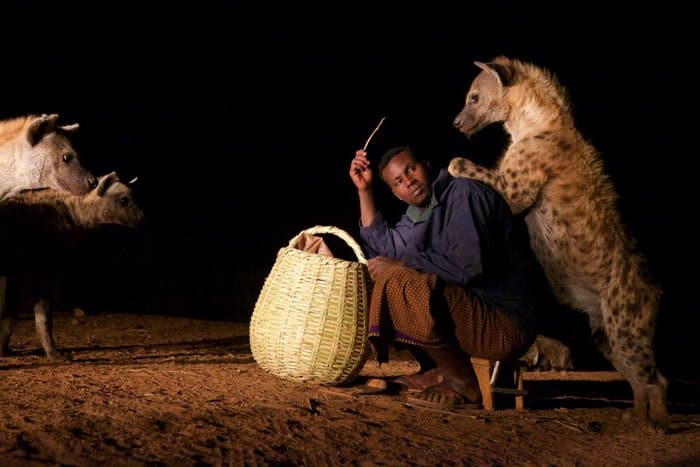 Abbas lives in the walled city of Harar in Eastern Ethiopia. Its a hauntingly beautiful Unesco-recognized site filled with ancient mosques and colorful mazes of alleyways.

Unfortunately, his hometown is also a favorite hyena haunt. 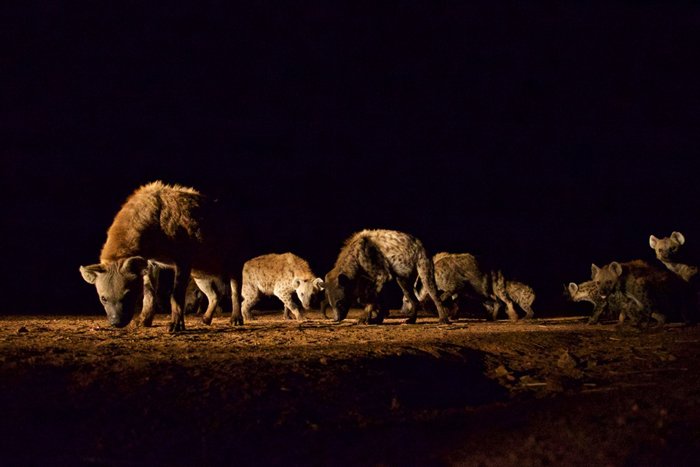 The spotted scavenging animals roam the city streets and rubbish dumps every night, looking for scraps of meat and other waste they could drag home to their caves. The females sometimes give birth in the city’s ditches.

Thanks to Abbas, Harar residents sleep soundly in their beds. 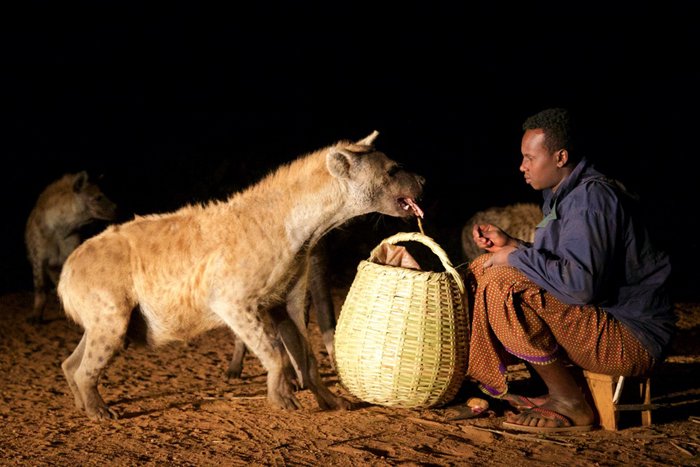 The Hyena Man feeds and often interacts with the wild hyenas of Harar, despite the dangers of getting into close proximity with the vicious wild dogs.

He learned to be a hyena whisperer from his father, Yusuf Mume Salleh, the original Hyena Man, who fed and nurtured hyenas for 45 years before passing the job down to his son.

Abbas has been Harar’s resident Hyena Man for 13 years now. 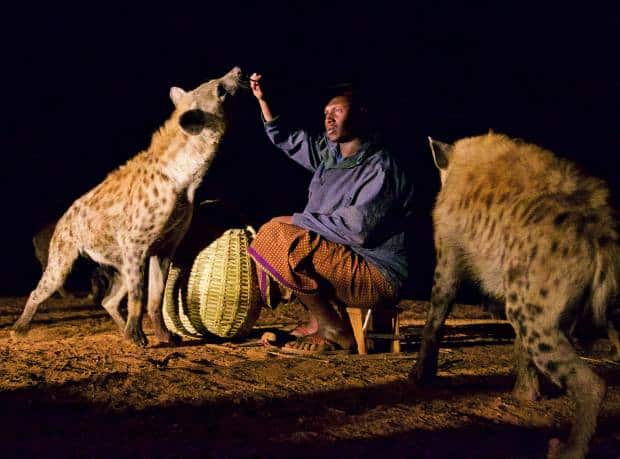 In fact, he gains the wild animals’ trust by feeding them directly from his mouth! 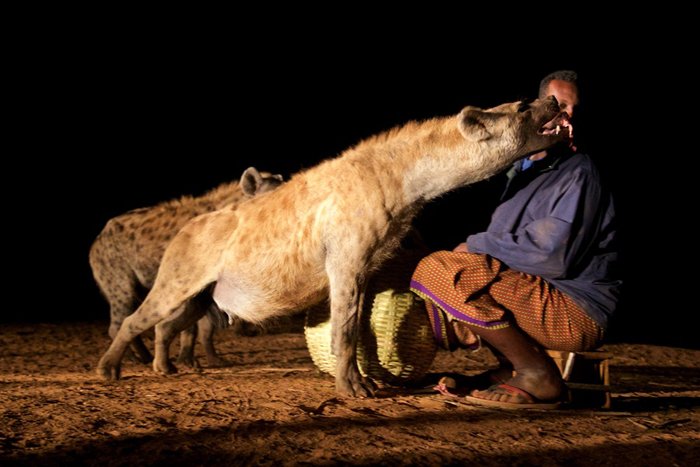 “Hyenas have never attacked the people of Harar after my father started feeding them, unless you harm their babies.

“My father is always thankful that I continued the good work he started and I will pass it onto my children when I grow old.”

Abbas is doing such amazing work with the hyenas that he’s become a popular man about town, especially with the tourists.

Harar’s ancient mosques draw in a lot of visitors to the ancient city, and lately, they’ve flocked to Ethiopia to see Abbas in action.

He even allows tourists to come up close and personal with hyenas he trusts. 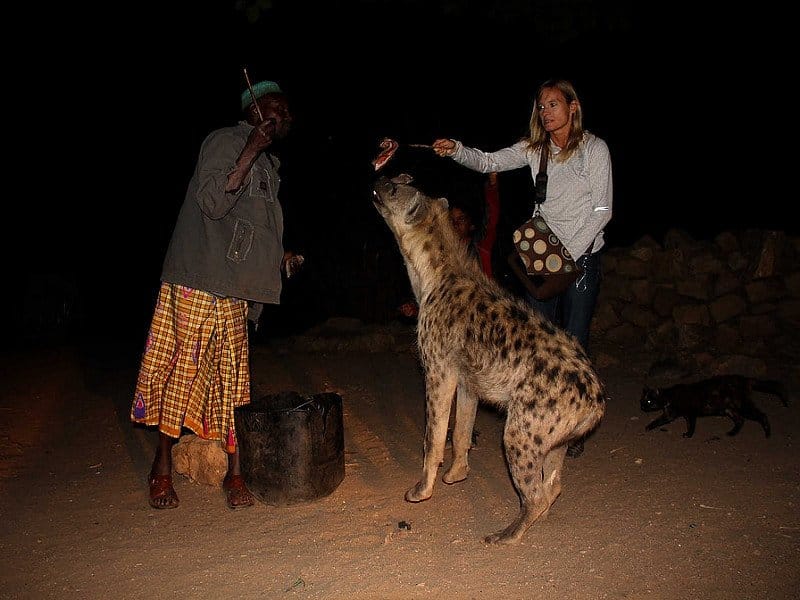 In fact, Abbas is so complacent around the wild dogs that he keeps a baby hyena at home and sleeps with it in his bedroom. He isn’t worried the animal will bite him in his sleep.

He’s even named the hyenas that frequent Harar at night. There’s “Dabbassoo” the “hairy” one, “Tuqan Dilii” the “lazy” one, and “Qallaa” the “skinny” one.

“I am privileged by God to be a good friend to those misunderstood animals.”