Located in Shintomi Town in Miyazaki Prefecture is a garden filled with almost endless number of lovely pink flowers called shibazakura (moss phlox). It has become one of the most visited tourist spots in Japan but perhaps unknown to some, the secret of the place’s popularity is not only its stunning beauty but its heartwarming history.

About 7,000 people flock to the garden from late March to April and they’re all impressed with the beautiful flowers and the man that tends to them.

You see, the 3.3 square meter private garden is owned by Mr and Mrs Kuroki. The couple was married back in 1956 and the place was once a farm where they once had a herd of around 60 cows. They lived a simple but happy life, had raised two children, and dreamed of going on a trip around Japan upon their retirement.

However, their hopes were crushed when, at the age of 52, Mrs Kuroki had eye problems due to diabetes complication. In just one week, her vision failed and that made her extremely sad.

After 30 years of marriage, Mrs Kuroki lost her sight. It prompted her husband to start a garden. 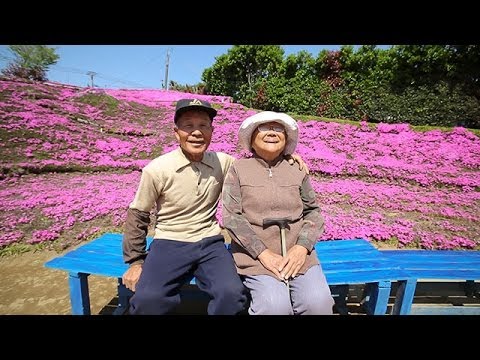 “(Mrs Kuroki) shut herself away from the world and began living a life of seclusion in her home. It pained her husband to see her normally cheerful expression become one of sadness, and he thought that if they could at least have a visitor or two each day, it would encourage his wife to come out of her shell.”

To cheer his wife up, Mr Kuroki decided to start planting lots of pink shibazakura flowers in their garden. He chose the flowers not only because of their amazing appearance but their pleasant scent. So he spent two years and turned their farm into a massive flower garden. Nowadays, locals and tourists alike enjoy visiting the destination.

Here are some photos of the pink flower garden: 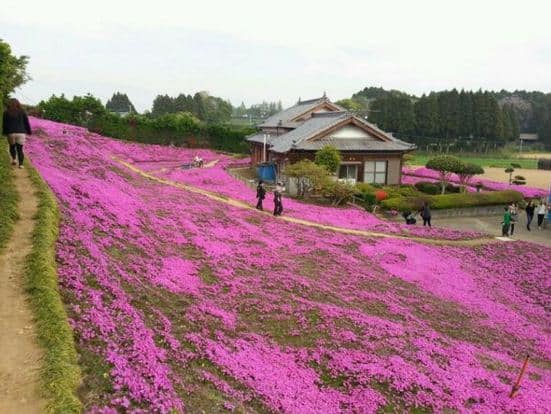 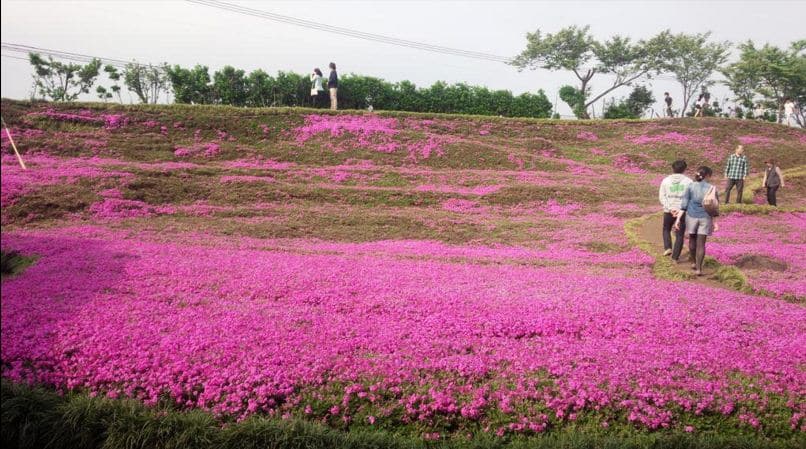 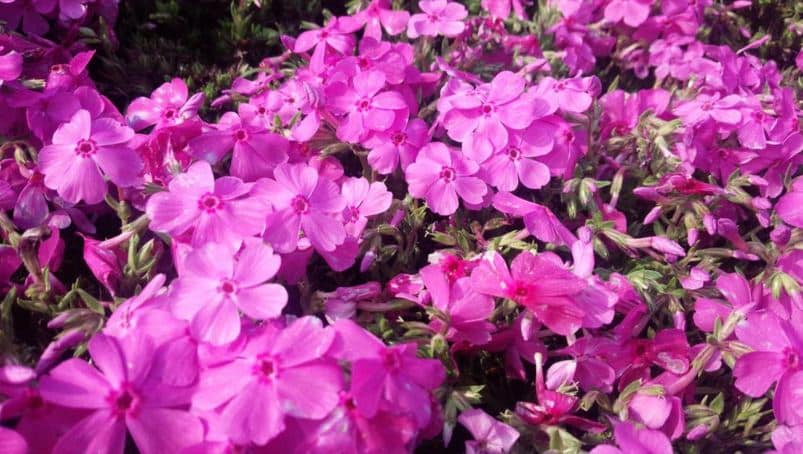 Also, you can watch this video:

It’s just amazing what real love can do.