Torture is defined as “the act of causing severe physical pain as a form of punishment or as a way to force someone to do or say something.” 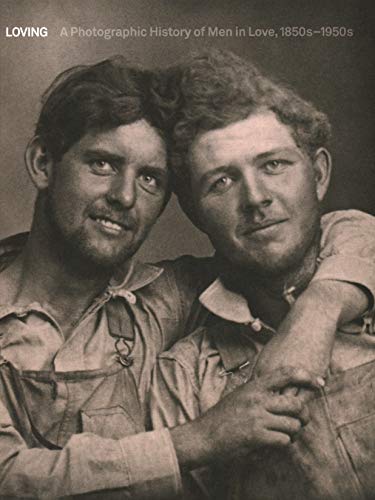 The origin of torture dates back to 530 A.D. when Roman jurists used torturous methods to obtain the truth. But what’s disturbing though is that over the years, people have come up with more methods to inflict pain and eventually death in the most horrifying ways imaginable.

The inventors of torture devices have somehow managed to be more creative in their approach. This made me wonder whether they’ve actually had a twisted sense of pleasure when they developed those horrid instruments.

Why? Look at these 27 brutal torture techniques in the history of mankind and tell us what you think about them.

A piece of metal or wood with very sharp spikes is worn on the neck. Both humiliating and painful, this device prevents people from lying down, eating, and lowering their heads for days.

Convicts placed in a wooden tub with their heads exposed were regularly fed so they eventually swam in their own feces. Soon, worms and maggots from their rotting excrement would eat their bodies alive. The executioner also paints the convicts’ faces with milk and honey to allow the flies to feed on them.

A metal piece with two bi-pronged forks on each end. This device is attached to a belt and strapped on the neck while the person hangs from the ceiling. One end of the device is placed under the individual’s chin while the other end points at the sternum. If the person drops or lowers his head…you know what would happen next. 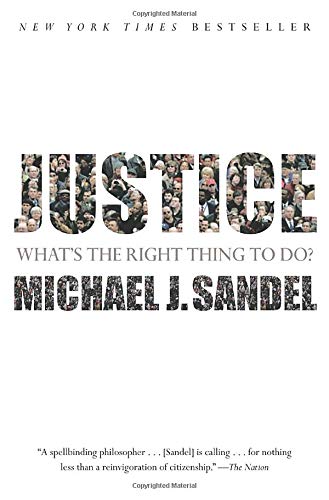 This torture is easy to use since the device is easy to find and the executioner can think of several ways to inflict pain on their victims using a simple rope. They could hang the victims, let horses drag them, or they could simply tie them to a tree and wait for wild animals to eat the victims alive.

This was Vlad the Impaler’s favorite method of execution. His men forced the victims to sit on very sharp and thick poles. When the poles are raised upright, the victims will slowly side down due to their own weight. It usually took the victims three days to die. Vlad watched approximately 20,000 people executed this way while enjoying his meal.

Known as the most preferred torture technique in the Middle ages, convicts or victims are placed in this coffin-like structure that are usually hanged in trees or in the gallows. Overweight and obese people are also forced inside to their discomfort. They will be left there to die and the birds will feed on their remains.

A metal structure that resembles a woman, this device has a front hinge with long, sharp spikes that line its interior to impale the victim in all directions. The victim will be locked inside the chamber as the interrogator shouts out questions. They will also poke the victim with jagged edges.

The executioner fills this device with molten tar, lead, boiling oil or boiling water, and the contents are allowed to drip on the victim’s body. Death ensues when the executioner finally pours molten silver on the patient’s eyes.

This is still practiced in some countries until today. It is a slow and painful execution in which the victim is left to die while tied or nailed to a huge, wooden cross. This is the most popular form of execution due to Jesus Christ’s crucifixion.

People convicted of treason in England during the Medieval times are hanged, drawn, and quartered, although the practice was abolished in 1814. The victim is dragged in a hurdle (i.e. wooden frame) to the site of execution. Then the victim will be hanged for a short period of time (HANGED), but the executioner won’t allow them to die. Then they will be gutted and castrated; their innards and genitalia will be burned right in front of them (DRAWN). And lastly, the victim will be dismembered and beheaded (QUARTERED).

The victims are hung upside down to let the blood rush through their heads and allow them to remain conscious during the torture. The executioners will then saw the victim’s body in half—usually up to the abdomen only to prolong their torment.

This technique was used by Jean-Baptiste Carrier during the French Revolution. Men and women—usually priests and nuns—were stripped naked, bound together, and thrown down an icy lake to drown. They would be run through with swords and bayonnets when water was unavailable.

14. The Breaking Wheel or the Catherine Wheel

The victim’s limbs are tied to the spokes of a revolving wheel. The executioner would then simultaneously use an iron hammer to crush the victim’s bones. The individual will be left there to die, or in some cases, they’d put the victims on a tall pole and wait for the birds to eat their flesh. Sometimes, the coups de grace (blow of mercy) is employed to put an end to the victim’s suffering. This entails a strong, fatal blow on the victim’s chest or stomach.

The naked victim is put astride on a wooden board with a sharp V-wedge on top. Varying weights are placed on the victims feet until the wedge slices through the victim’s body.

A cage is strapped against the victim’s body. The side proximal to the unfortunate victim is left open. The executioner would then put large rats and trap them inside. Then a heating element would be placed on the side or on top of the cage to provoke the rats to burrow through the victim’s body.

#17. Chair of Torture or Judas’ Chair

Used in the dungeons during the Middle Ages and until the 1800s in Europe, this chair consisted of 500-1,500 layers of spikes on every side, with straps to restrain the victim. It also contained spaces for heating elements. This device was used to scare people into confessing as they witness others suffer the torture.

Traditionally used by the American Mafia, they usually employ this type of punishment on their enemies, traitors, and on spies. They place cinder blocks on the victim’s feet and fill them up with wet cement. Once it hardens, the victim will be thrown alive in a river or a deep body of water.

A torture device specifically designed for women, the claws are heated first before the executioner pierces the woman’s exposed breast. Then, they’d pull or tug the device so large chunks of flesh would be ripped from the victim.

This method was commonly used in people who attempted to assassinate the king. The crocodile shear is heated before it is used to clamp and tear off the person’s appendages.

This torture device was used to crush the fingers and toes. There were larger versions of this device which enabled the excutioner to crush the elbows and knees of the victims. There was also the “Head Crusher”. This device was originally used to withdraw confessions from individuals during the Medieval times.

A razor sharp blade attached to a rope—yes, this is one of the most notorious forms of execution. The victims will put their heads in the middle of a frame and when the executioner drops the rope, the blade will fall to sever the victim’s head from the body. They say it’s the most humane form of execution since decapitation and death comes instantly.

A huge, solid piece of brass molded into a bull. It has a door on the side that can be opened and latched. The executioner will light a fire underneath the bull so the unfortunate fellow who will be locked inside will gradually suffocate and burn to death. The brazen bull is also designed to amplify the chilling screams of the person inside.

The Pear of Anguish was a torture device used during the Middle Ages as a way to torture liars, blasphemers, homosexuals, women accused of witchcraft and those who conducted a miscarriage. A pear-shaped instrument was inserted into one of the victim’s orifices: the vagina for women, the anus for homosexuals and the mouth for liars and blasphemers.

The instrument consisted of four leaves that separates from each other when the torturer slowly turned the screw at the top. The torturer will decide if he wants to simply tear the skin or expand the “pear” to its maximum and mutilate the victim.

This type of torture instrument consist of long, sharp iron spikes curved so as to resemble claws. It was often attached to a handle, sometimes used as an extension of the torturer’s hand. It was used to rip and tear flesh away from the bone, from any part of the body. This torture device was commonly used on thieves and unfaithful wives. Most who were tortured in this manner didn’t die right away, but afterwards. Especially with the Cat’s Paw, the device would cause infections as the device would cut so deep. The prongs were nearly never washed, so the chances of these infections were very high.

Out of these 27 torture techniques, which do you think is the most brutal and horrifying? Share your thoughts in the comment section.

This ridiculous instructions will surely make you laugh.

Do you like reading and following instruction manuals? Most people don't, especially if they know that they're just simple directions for simple, everyday things. I'm sure you don't need a guide on how to use a common shampoo or soap, right?

Well, think again. Maybe the manufacturers of these following products wanted to add a little humor for marketing purposes, or maybe they just wanted to know if people really bother to read the labels.

Whatever the case is, I'm glad that they were able to make me laugh. And I'm pretty sure that you will too once you read these 19 ridiculous instructions!

Boy Gets Aching Legs on Trip to Ikea. 72 Hours Later, His Legs Got Amputated!

What a brave little boy!

During a trip to Ikea superstore, Romeo Hadley, 3, complained that his “legs wouldn’t work”.  His mother Katie had no idea that it will be amputated 72 hours later.

After Romeo told his 43-year-old mother from Cardiff  about his aching legs, Katie noticed some purple bruisings on her child’s legs and bottom prompting her to rush Romeo to the hospital.

Initally, Katie thought Romeo had meningitis. It turned out to be different.

I have never heard of this dangerous eating disorder before!

Have you ever heard of the term EDNOS? While many are familiar with eating disorders such as anorexia and bulimia, only a few have heard about EDNOS or Eating Disorder Not Otherwise Specified. Like the two mentioned eating disorders, individuals with EDNOS tend to binge, purge, restrict, or over-exercise. However, they fail to meet the full criteria of the following eating disorders.

“It’s still a misperception out there that these are relatively benign sort of disorders like diets gone bad. These are life-threatening serious illnesses with the highest mortality rate than any psychiatric diagnosis.”