This sounds straight out of a freaky sci-fi movie plot, but this really happened to a couple in Washington D.C., who turned to assisted conception due to fertility problems. So they were able to produce a kid…should be happily ever after, right? Nope. Because the man later failed a paternity test and discovered the child wasn’t really his…technically. 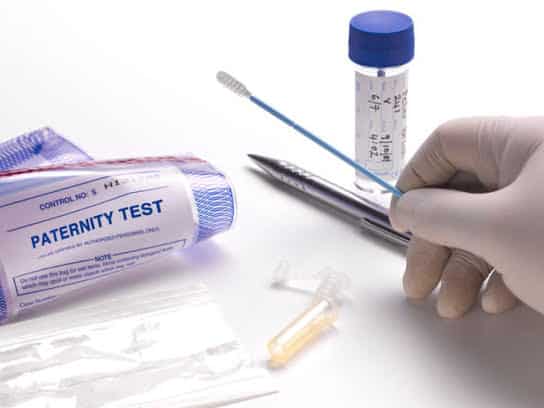 Having difficulties conceiving their second child, the couple went to a fertility clinic to avail of the intrauterine insemination service, in which sperm is directly inserted into the woman’s uterus during ovulation period to increase the chances of conception. It worked and the woman gave birth to a bouncing baby boy.

It was when they had blood testing performed on the kid that things started to unravel. The child’s blood type came out AB, which didn’t match his parents, who are both Type A.

In an interview for IFLScience, Barry Starr from the Department of Genetics at Stanford University stated that “There are rare cases where that can happen, but their first thought was that the clinic had mixed up sperm samples.”

In an attempt to clear things up, the confused couple took a standard paternity test, which resulted to a crushing result – the man was not the kid’s biological father. They repeated the test, but came out with the same results. The possibility of having sperm samples mixed up was remote since the other intrauterine insemination procedure being performed at that time involved an African-American man. The couple’s kid’s appearance didn’t result from this insemination.

23andMe and other genetic heritage firm tests looks at hundreds of thousands of markers in a bid to establish genetic genealogies for entire families. 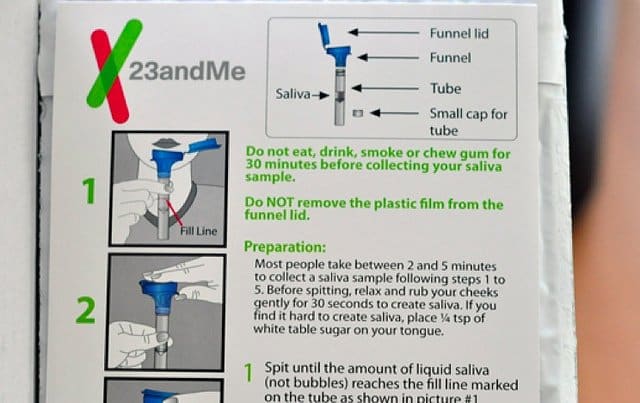 The couple’s lawyer got in touch with Barry Starr, who advised them to take the over-the-counter 23andMe genetic service. The results confused them even further – the kid’s father was actually his uncle – so Starr’s team decided to find out more. They were angling for the possibility that the man may be a “human chimera,” which is an individual with different genomes. Multiple fertilization can actually take place in the womb even when only one child is produced. Two independent embryos at a very early stage can fuse together and develop a single person. 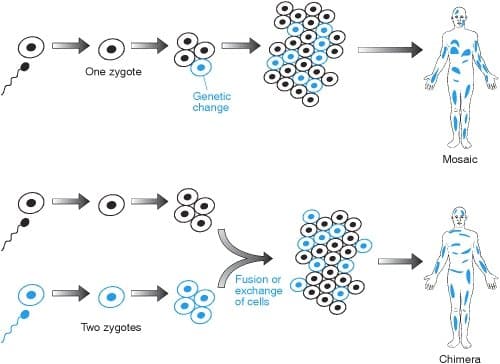 The biological father of the boy could be a “ghost,” in this case the man’s unborn twin. Experts also took note of the living father’s two-toned striped skin, which is a symptom of chimerism. The stripes in his body was so obvious that back when he was a child, he got away with telling other children that he was a burn victim.

So DNA samples were taken from the man’s cheek and his sperm. Just as the team predicted, the cheek didn’t match the kid’s DNA, but the sperm samples did. Consistent to the human chimera angle, they found a “major genome (about roughly 90% of the sperm cells) and a “minor” genome (around only 10%). The major genome matched up with the cheek cells, but the minor genome became consistent with the kid’s DNA.

“So the father is the fusion of two people, both the child’s father and uncle. That’s wicked cool,” said Starr.