At first look, Taylor Muhl looks like a typical model – pretty face with bright green eyes, beautiful blonde hair, and a slim body. But when she takes off her clothes, you’ll see what sets her apart from other models – she has two skin tones, which you can see on her torso, which has a line in the middle that separates the two skin colors.

See, Taylor has chimerism, a rare genetic condition that happens when a pregnant woman has two fraternal twin eggs fusing together in her womb. This resulted to Muhl being born with two different blood streams and immune systems, each with distinct allergies.

For instance, Muhl’s ears are sensitive to type of metal while her belly button can tolerate said metal. 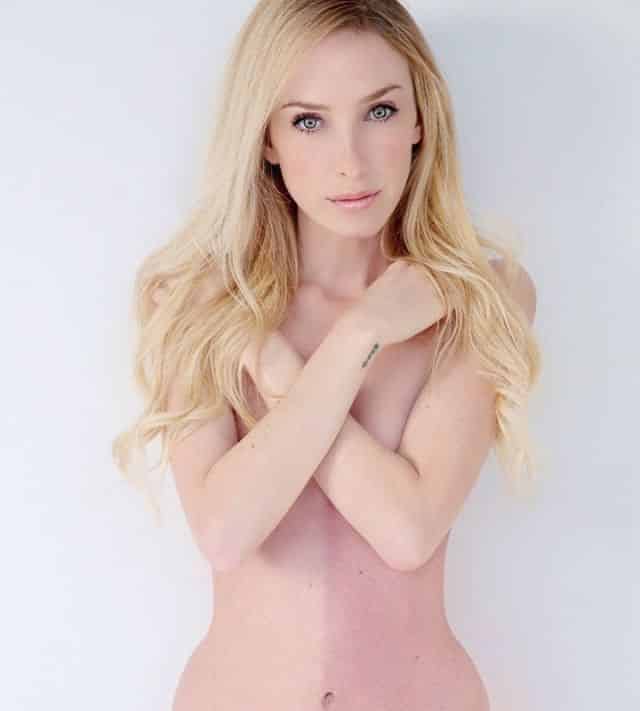 Looking at Muhl’s torso, you can see the line that divides the two skin tones. The redder side originated from her fraternal twin’s genes, which Muhl absorbed while still in her mother’s womb.

This makes Muhl somehow her own twin. Her twin’s cells and DNA are in her body, which resulted to the varied reactions to stuff such as food and medications. 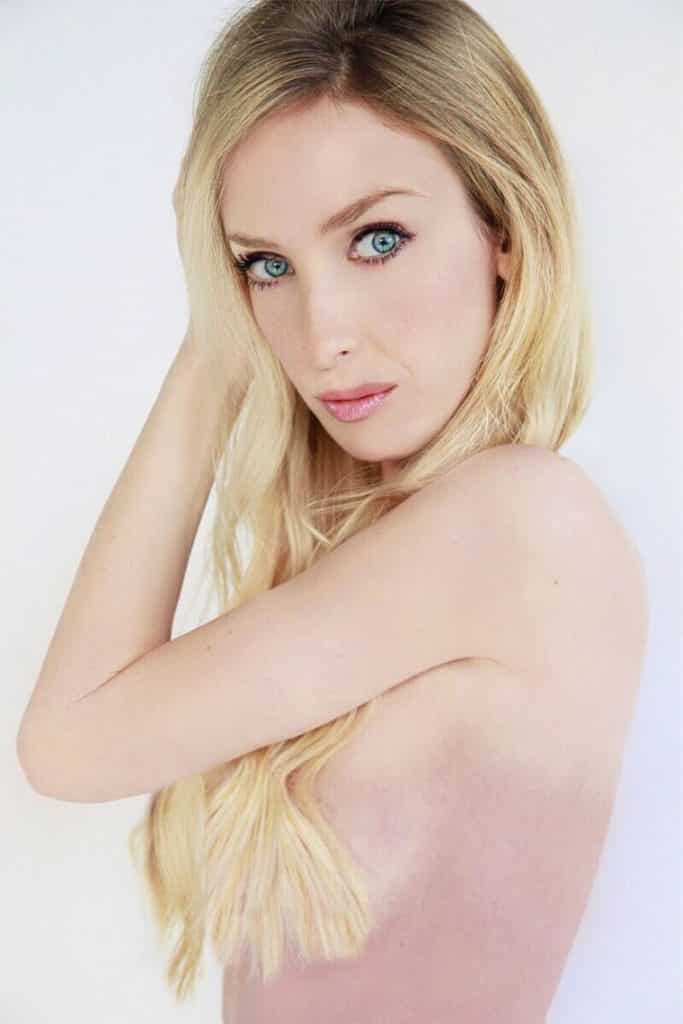 Muhl had no idea of her condition when she was growing up. She only knew that she has that line on her stomach.

“My whole life, my mom and I were told by doctors that it was just a birth mark,” she said. “They’d never seen anything like it. As long as it didn’t hurt, it must be a birthmark. I never knew I was different until like 6, 7, 8 years old. I was a dancer and they put us in a costume that was a two-piece and that’s when I noticed like, ‘Oh wait a minute, why don’t the other girls’ stomachs look like mine?’”

Throughout her teens, Muhl tried to cover up her stomach as much as possible.

“I would always try to cover it and not show my stomach. If I did show it, it would be with friends and family. Maybe I’d show a little midriff, that sort of thing, but I was uncomfortable.”

When she became an adult, her apprehension came less from embarassment but rather from expectations from her as a model. 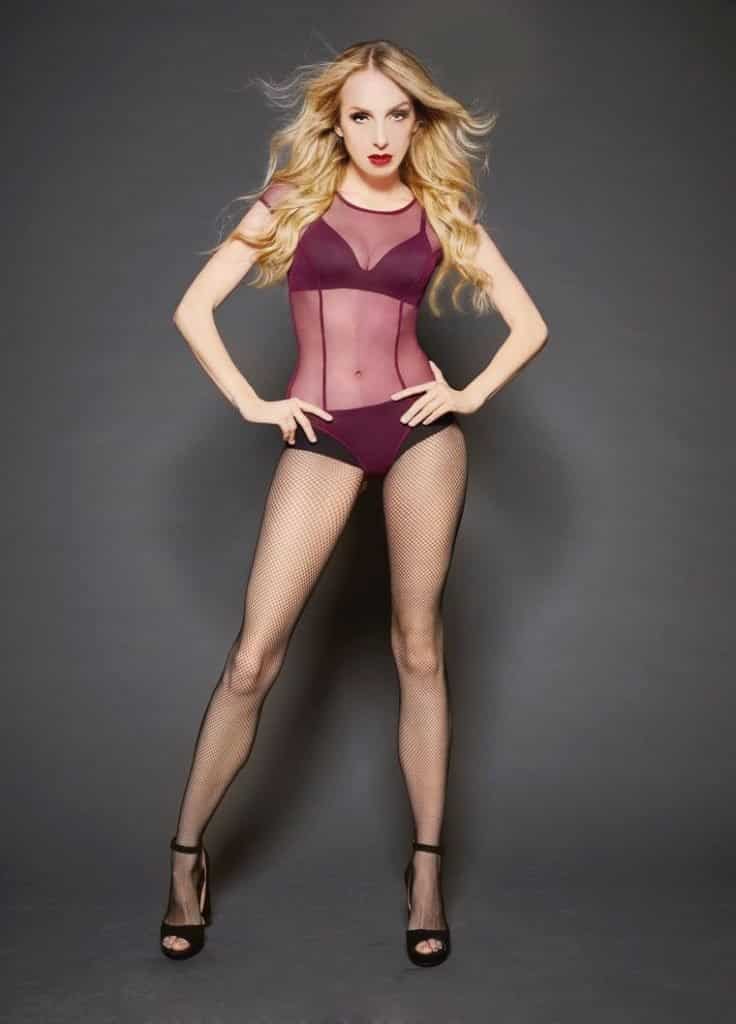 She kept mum about her condition until she was in her 20s, when she finally got a diagnosis. 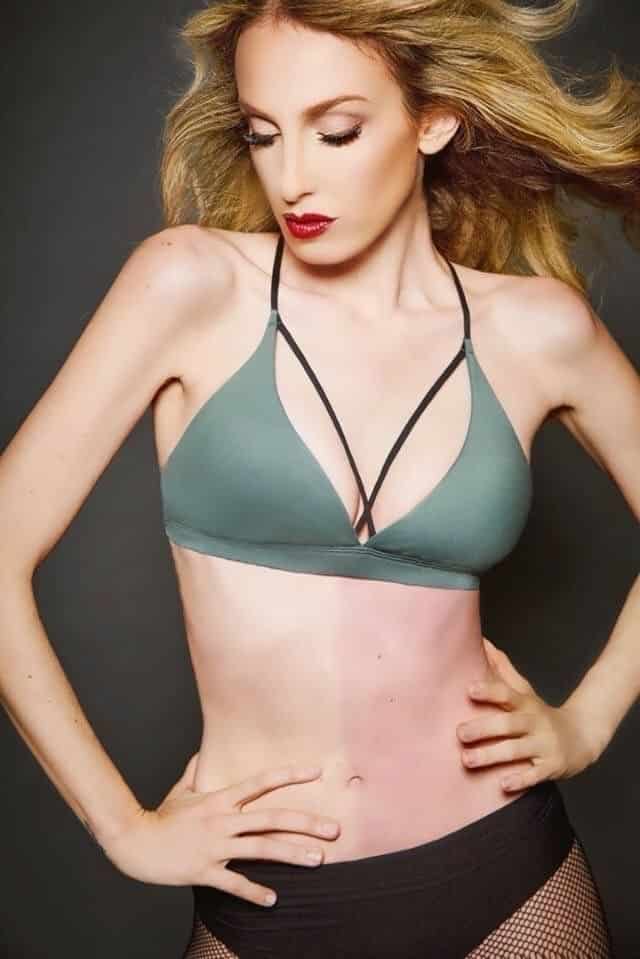 In 2016, she went through extensive testing, trying to remedy her condition. She then decided to speak up about chimerism.

“It all of a sudden came to me, like, what am I doing? Why am I hiding this?” she said. “This is a part of my life. I really need to start spreading awareness. This whole time I’ve looked at it like a hindrance — what my stomach looks like, and instead I need to look at it all as a gift. I was born like this and if I can do good with this and help other people, maybe to those undiagnosed, or even just spread body positivity throughout the entertainment business, then why not?”

She went public with her condition and appeared on an episode of the show The Doctors. Here, she disclosed her story.

She was thankful for the support she got from people.

“On a daily basis I get men and women writing in and saying, ‘Oh my gosh, I have this huge birth mark on the side of my leg and for years I just wore pants and because of you I just walked out in shorts,” Muhl said. “People thanking me for having the courage to show my physical abnormality. People have been so accepting and loving and kind and supportive.”

“I really do want to spread body positivity, that beauty comes in all different forms, shapes, sizes. No one should look a certain way to be in the entertainment business and in everyday life.”