The good things in life is very much like love, it comes when you least expect it. Sometimes, however, these surprises do come in bundle of threes.

Such is the case of this 23-year-old mother named Becki-Jo Allen.

Becki Jo and Indiana, together with the triplets, Rohan, Rocco, and Roman. 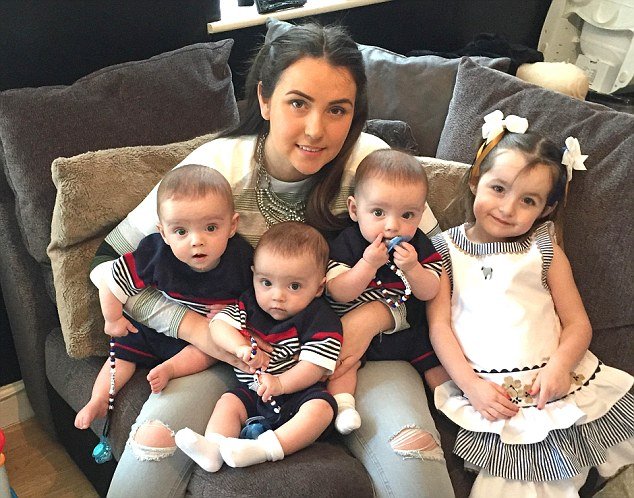 Nine weeks into the pregnancy, she found out that she’s having triplets. However, the surprise did not end there. The triplets – Rocco, Roman, and Rohan – were keeping yet another surprise for their dear mother.

Originally believed to be non-identical at birth, Becki-Jo became more curious when people started to have trouble telling the triplets apart after the three left the hospital’s intensive care unit (ICU).

Rohan, Rocco, and Roman in photo. 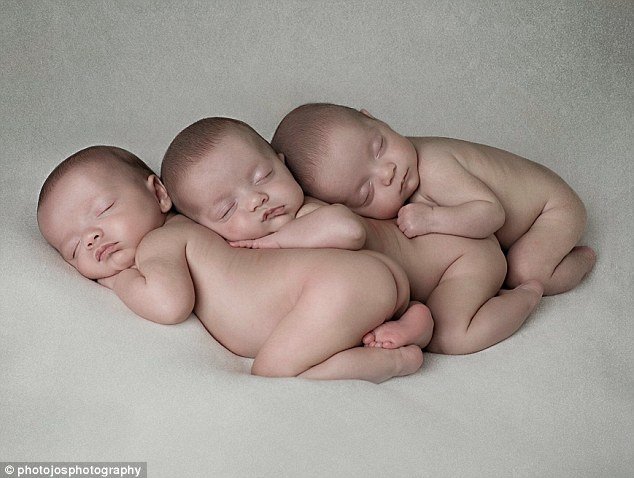 Becki-Jo’s curious nature took over and she decided to take cheek swabs off her triplets. She was surprised to see that the triplets are actually genetically identical – making it to one out of 200 million chance of being naturally identical without fertility treatment.

“I was surprised because I expected them to be non-identical. But then I’m normally the only one who can tell them apart, so that does explain a lot!” 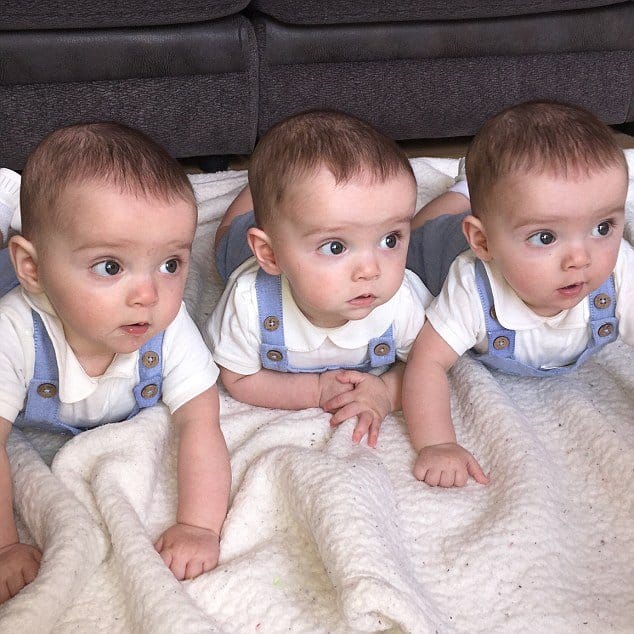 Now at 10 months, the triplets are starting to show different personalities.

“Rohan is the loud one, he’s always shouting. Rocco is normally quite laid-back, but he can be feisty too, while Roman is usually complaining he doesn’t want to share.”

She also shared that the three are always crawling after the same toy, competing with each other. Becki-Jo also said that Indiana, her eldest, adores her baby brothers.

Indiana, Becki-Jo's eldest child, sleeps with the little brothers that she adores. 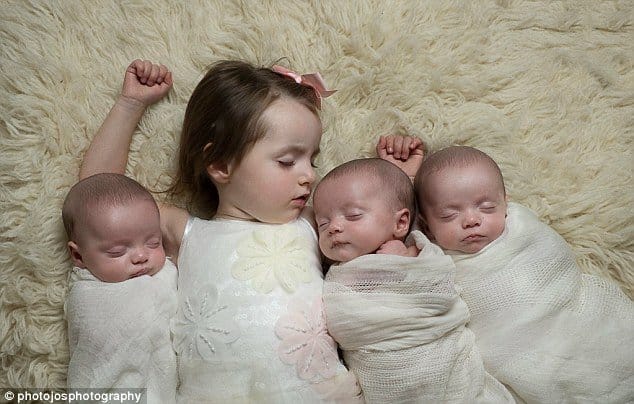