Dozens of law enforcement officers have arrived on the Dakota Access pipeline protest camp on Thursday, Feb. 23, 2017, just a day after some of the activists refused to follow the camp eviction orders the day prior. The authorities took over in a military style, putting an end to the Oceti Sakowin camp, which served as a home to environmental activists and indigenous people since August 2016.

Government officials imposed a deadline for the evacuation from the camp on Wednesday, Feb. 22 stating that the inhabitants, known as “water protectors,” are in danger of the possible flooding during the spring thaw.

Protesters have left on Wednesday, but there are still those who chose to remain even on the following day. Authorities had to remove them physically from the site. Here are some of the heartbreaking photos showing the final moments in the camp.

Native Americans at the Standing Rock Sioux reservation led the opposition of the construction of a pipeline near the area. 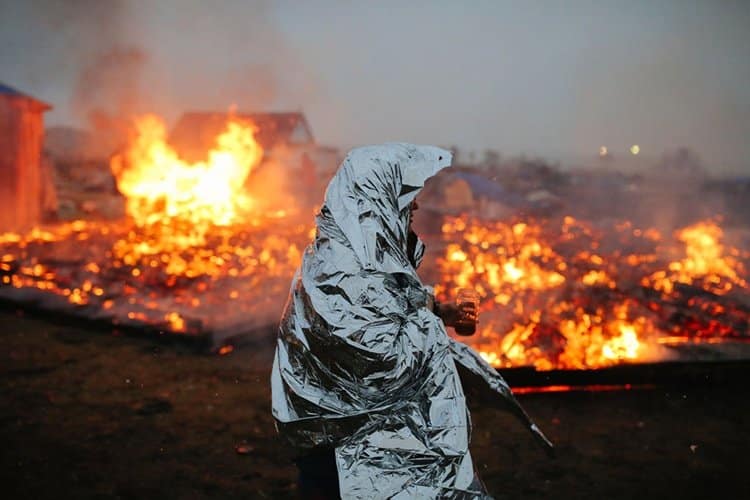 Protesters had been camping out in the Oceti Sakowin camp since August of last year. 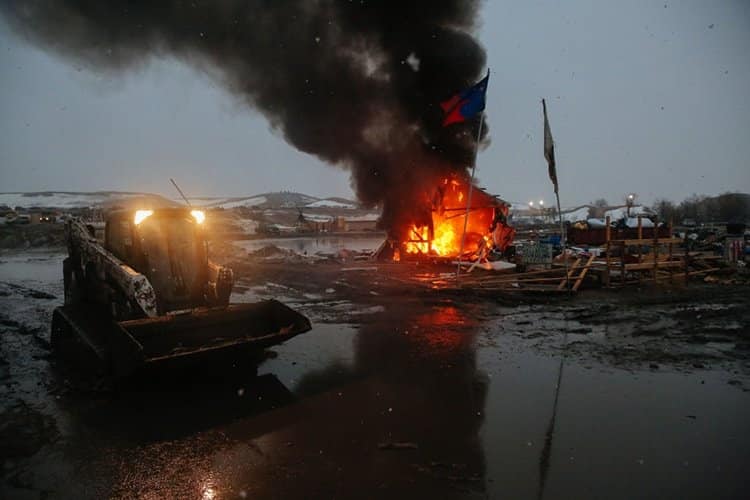 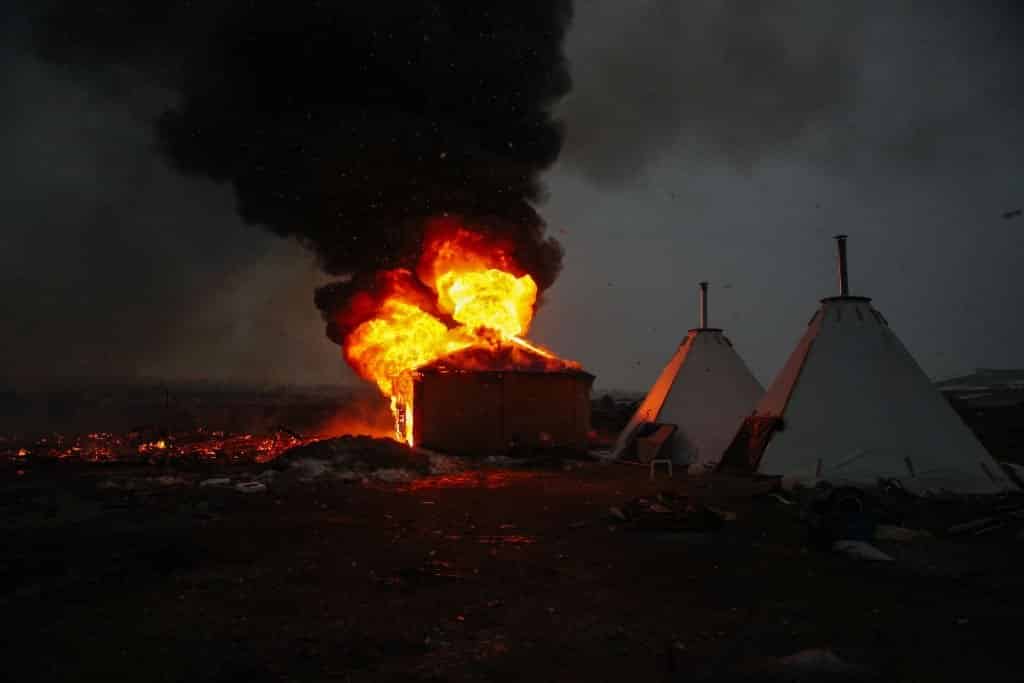 According to the government, the camp inhabitants are in danger of the possible flooding that may happen after the spring thaw. 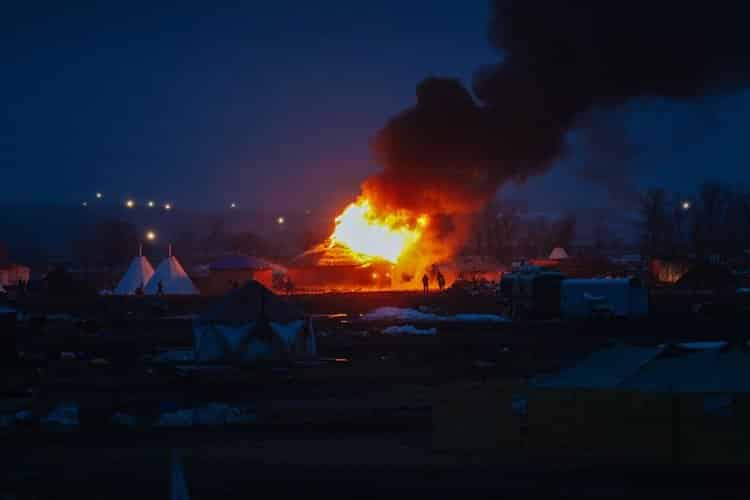 The protesters set fire to the camp as a symbolic gesture. 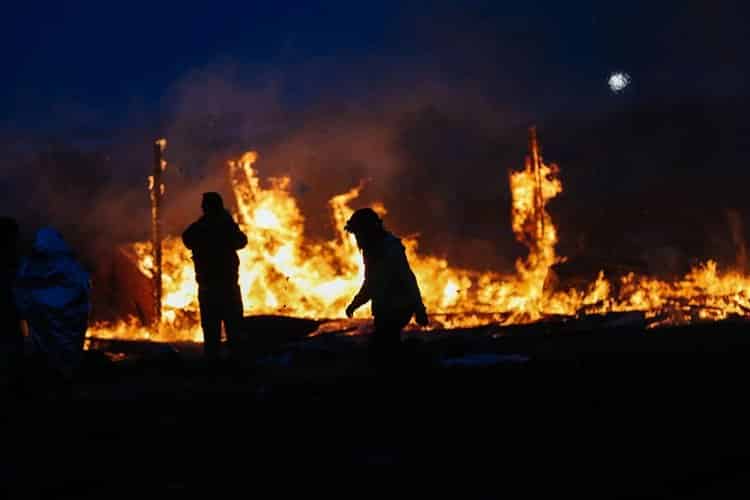 Some protesters chose to hold out despite the orders to evacuate the camp. 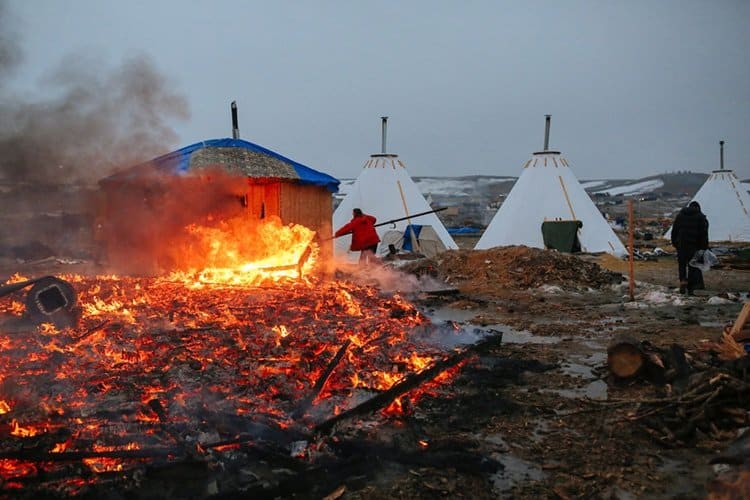 On Feb. 24, the North Dakota emergency services posted on Twitter that the area had been "officially cleared of all protest activity." 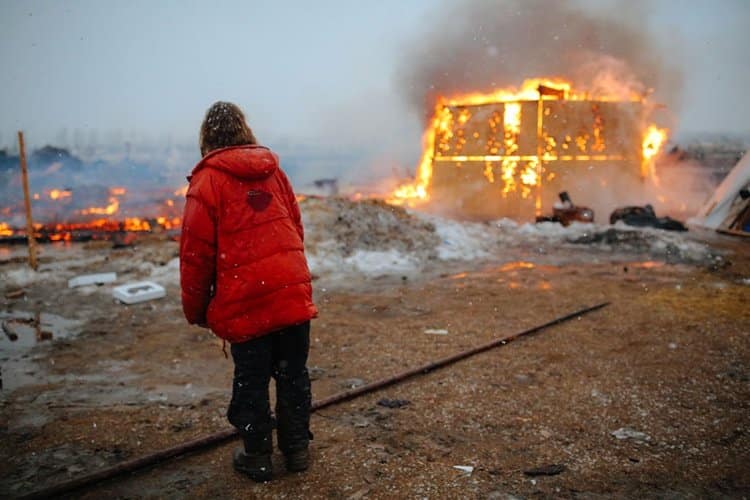