The use of hand shadow puppets for entertainment has declined since the 19th century, because light bulbs became widely available and cinema started to become mainstream. Ideally, the shadow puppets are best seen when you only have candlelight as your light source. For this reason, the form of entertainment was more popular in olden times.

No one knows exactly where shadow puppets started but it most probably originated in China, according to writer Austin Hackney. Anyone – adult or child – can perform hand shadow puppets; it only takes the willingness to try out new things and being creative with your hands.

If you want to take a break from your smart phone, why not get creative and create hand shadow puppets? It’s easy and it can be a great way to have some fun with family and friends, especially with kids. Get those fingers and hands working and check out the images below. Follow the proper positioning of hands and fingers to create the shadow you want. 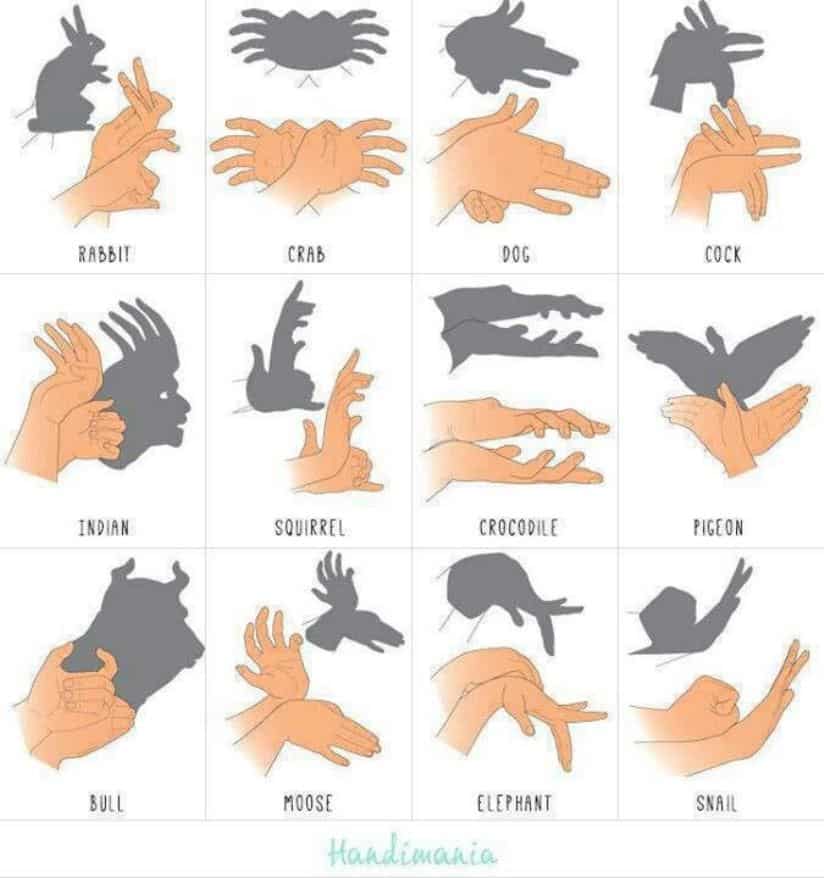 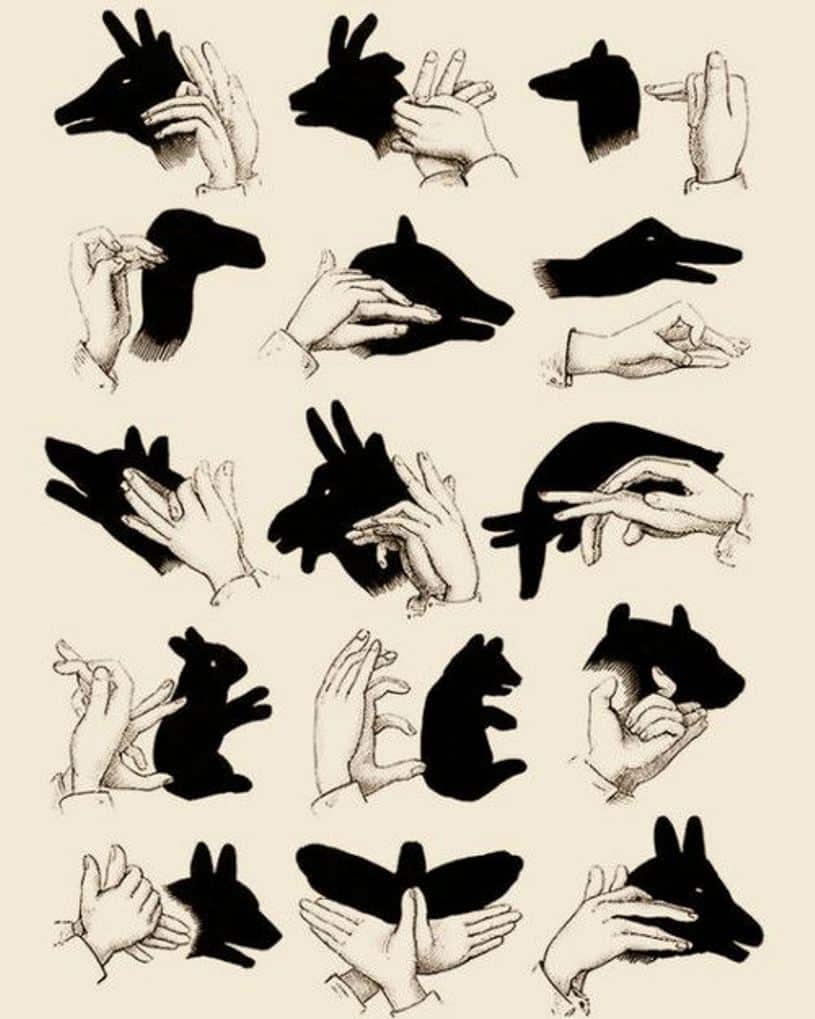 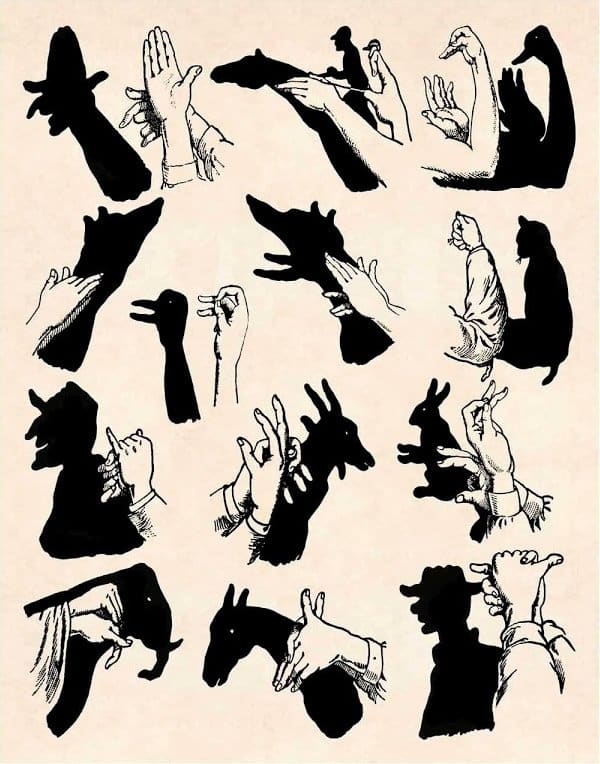 With a set of creative hands, you and your friends can put all these shadows in one show, which should make one night full of fun and entertainment.