First off, a little explanation for those unfamiliar with Google Street View.

In case you’ve been living under a rock and are completely oblivious about this awesome technology, Google Street View is, as Wikipedia puts it, “a technology featured in Google Maps and Google Earth that provides panoramic views from positions along many streets in the world”

First launched in 2007, the project has massively grown since then and now includes cities and rural areas across the globe. 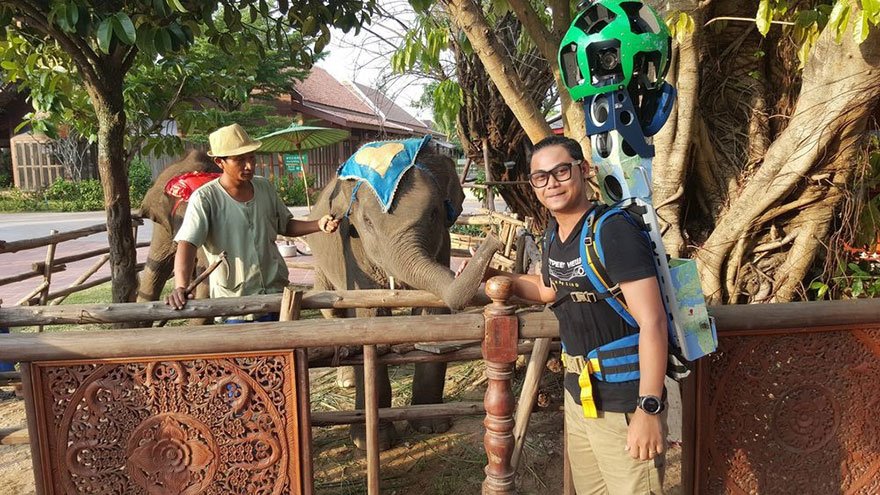 Of course, the panoramic images displayed on the website are mostly taken by cars. In areas that are not accessible for vehicles though, Google sends boats, snowmobiles, underwater tools, and more.

Such as this guy. 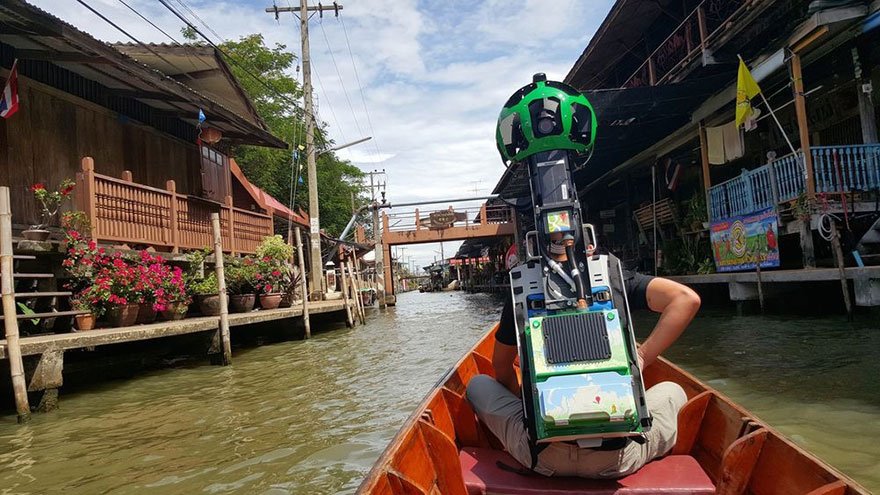 Panupong Luangsa-ard is a triathlete from Thailand who agreed help Google with the tremendous task of reaching far-flung areas in the country. For more than two years, he traveled about 500,000 km using different transportation methods and walked at least 500 km of it – all while he carried the huge Trekker camera backpack.

The Trekker camera backpack weighed 18 kg and had a battery life of 6 to 8 hours per charge. 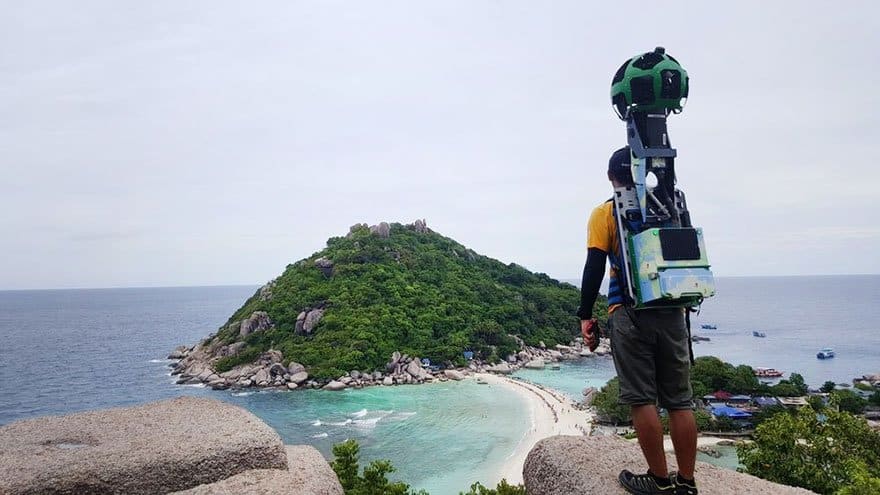 The camera backpack weighs around 18 kg so you can just imagine how physically-challenging the quest was. When on a full charge, its battery lasts an average of 6 to 8 hours.

By walking, Panupong was able to reach places that are not accessible to vehicle. 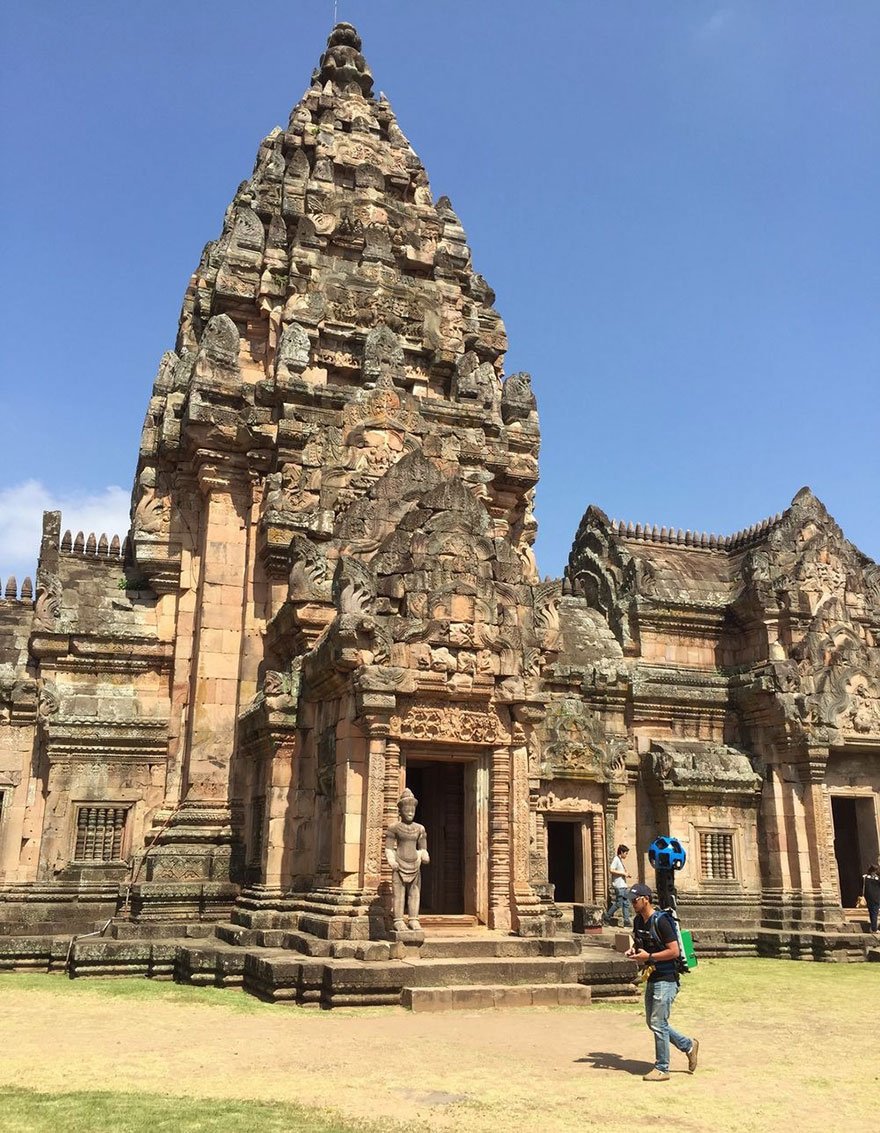 Through Panupong’s efforts, Google was able to add 150 new places in Thailand such as the Sukhothai Historical Park and the Ayutthaya ancient temples, among others.

According to a Google representative, Panupong once “burned through four pairs of shoes” while doing his work. 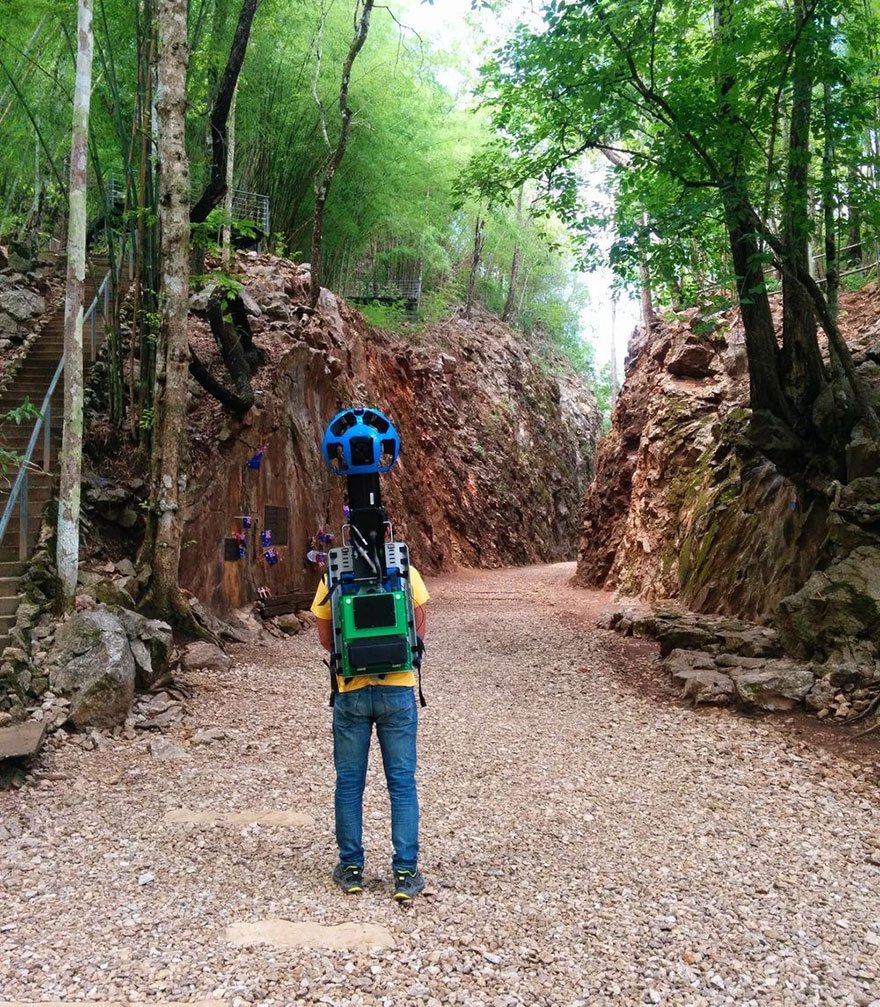 “While collecting just the tea plantations and strawberry fields, he burned through four pairs of shoes.”

Now you can walk in his shoes on Google Street View!

So the next time you browse Street View, you – and Google – have Panupong to thank for the shots.

Our hats are off to Panupong for his extraordinary work.