Humans are generally wary of large predators like alligators and crocodiles – thanks to the numerous movies and video clips that depict them as savage, man-eating carnivores. That is why when a certain giant alligator nonchalantly sauntered around a wildlife reserve in Florida in the United States, many were inevitably awed.

Kim Joiner was able to capture the anxiety-inducing moment when Humpback walked right past her. Estimating its length at around 12-feet, she confirmed feeling a bit “nervous” as the large ‘gator passed by.

Meet “Humpback,” an unbelievably enormous alligator that was spotted strolling around Circle B Bar Reserve in Polk County, Florida. 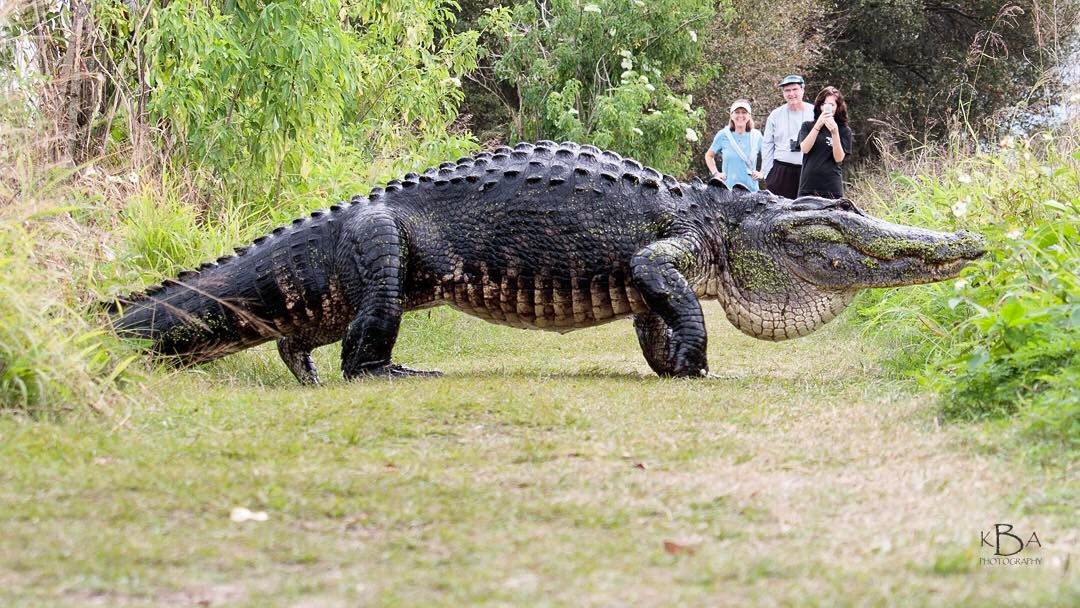 Due to Humpback’s size, many thought that the video is a hoax. However, Joiner stood firm that she did not use any program to alter the video. Her claim was backed by Rick Shine, an evolutionary biologist from the University of Australia, who said that the video seemed to be genuine. He also added that alligators can grow bigger than what we actually think. In fact, the longest officially-measured alligator was caught in Alabama in 2014, measuring at an impressive 14 feet and 9.25 inches.

In an interview with ScienceAlert, Shine further added:

“The average male American alligator is around 4 metres (13 feet) long, and there are occasional records of them getting well over 5 metres (16.4 feet).

“I think there’s no doubt that good old Humpback is male. But you can’t estimate actual size of the animal because it’s much closer to the camera than the tourists – you could make a small lizard look gigantic in this way.”

“The co-existence of alligators and people in the American southeast is just extraordinary. Every once in a while someone does get taken, but it’s a very rare occurrence. Alligators really do not seem to be very interested in people as food.”

Alligators have long inhabited marshes, swamps, and rivers in Florida. And, with the massive increase in human population in the area, the frequency of interactions between man and alligators, and the potential conflict that might come along with it, also increased.