There is little doubt that animals truly have feelings. An angry orangutan has just gone viral for his unexpected bravery. The furious animal went up against a bulldozer that had destroyed his tree. Unfortunately, the desperate ape was not able to stop the massive machine from obliterating its home. Since its release, the video has earned thousands of views from people concerned with the animal’s fate.

The video features loggers in the Ketapang Regency in Borneo trying to take down several trees. However, it is revealed that an orangutan is refusing to leave his tree although it has been uprooted by the bulldozer. The ape is clearly distressed and keeps pacing the trunk of his home.

The orangutan holds on to a branch of his fallen tree despite the men’s efforts to take it down. 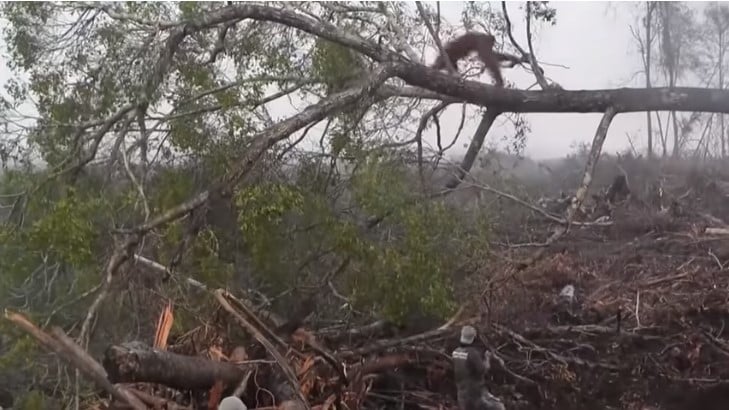 The men on the ground have been revealed to be members of the International Animal Rescue (IAR) and are actually trying to help the ape. However, the agitated orangutan went straight for the bulldozer and attempted to grab it. The confused animal was unable to get a firm hold and fell directly under the digger. The men from IAR’s Orangutan Protection Unit quickly step in to move the animal away from the vehicle. After some struggle, the unfortunate animal dejectedly walked away from his fallen home.

There is a heart-stopping moment when the orangutan reaches for the offending bulldozer. 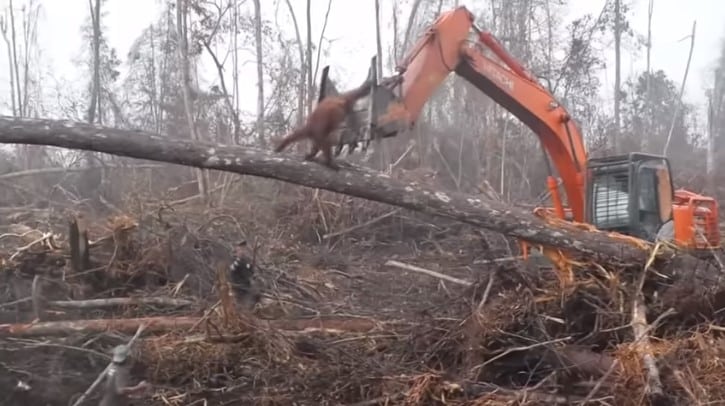 The orangutan loses its grip and begins to fall from his home. 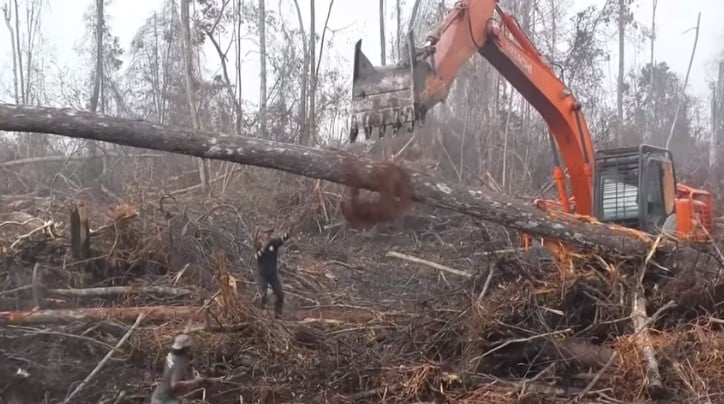 The feisty ape finally walks away from his destroyed home in defeat. 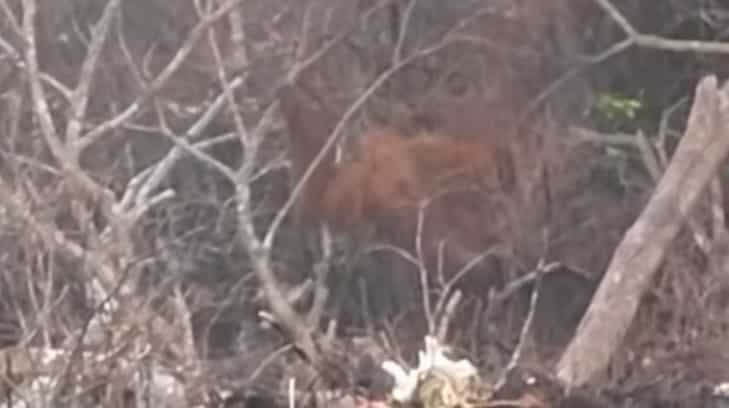 People were immediately infuriated by the viral video, claiming that the orangutan was simply trying to defend his habitat.

However, IAR states that the men surrounding the ape were trying to safely remove the animal from a dangerous situation.

“Our team responds regularly to situations like these where an orangutan is stranded in the debris of the forest. This scene is different only in that the bulldozer is still present and the clearance operation is still happening,” the non-profit organization said in a statement.

IAR has actually rescued over 100 apes in Borneo. Hopefully, the orangutan has been given a new home where he can interact with fellow apes.

Watch the heartbreaking fight between an orangutan and a bulldozer below.