Genetically speaking, you need two people of opposite sexes to create a baby. You need the mother’s egg cell and the father’s egg cell. At least, this is the only method we know of to create a child. However, it’s now possible to create a human baby using three sets of DNA!

A Jordanian couple sought the help of pioneering scientist John Zhang to have a baby. The couple has already had two children who tragically died due to a deadly genetic disease. The mother carries the genetic mutation for Leigh syndrome, which prevents the nervous system from developing properly. She doesn’t suffer from this disease, but she is capable of passing down this disease to her children.

The mutation for this disease lies in the mitochondrial DNA, which can only be passed down the maternal line. It’s made up of a number of genes that aren’t the same as the ones in nuclear DNA, which is in every cell in the body.

John Zhang found a method to allow the couple to have a child with minimal chance of suffering from Leigh syndrome. 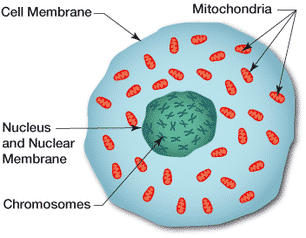 Zhang’s solution to the couple’s problem is a process called spindle nuclear transfer, wherein the nucleus of the mother’s egg is inserted into the egg of a donor whose egg cell nucleus has been removed. This then creates a new egg with the mother’s nuclear DNA and the donor’s healthy mitochondrial DNA. It was then fertilized by the father’s sperm before being placed in the mother’s womb.

Naturally, this raises some moral and ethical questions, but Zhang firmly believes that he is doing the right thing.

Upon analysis, it was shown that the baby boy, who was born last April 6, had only about 1% of the mutation for Leigh syndrome in his DNA. And due to the tiny amount, doctors hope this will allow the baby boy to avoid the deadly condition. In addition, since the baby is male, it means he won’t be passing down the mitochondrial DNA to any of his children.