“That was when the world wasn’t so big and I could see everywhere. It was when my father was a hero and not a human.” ― Markus Zusak, I Am the Messenger

Putting food on the table, giving their children valuable guidance and support – these roles of a father are only the tip of the iceberg. There is definitely more to being a dad than we know. They have sacrificed a lot without asking for anything in return, except maybe to see their respective families happy and well.

We have so much respect for fathers out there, that’s why our hearts were deeply moved when we saw these photos of a father carrying his child with him at work.

The unknown man had his child slung on his back while carrying 50 kg sacks. 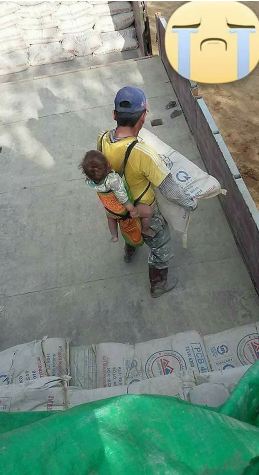 Judging by the looks of it, what he’s doing is miles far from easy! 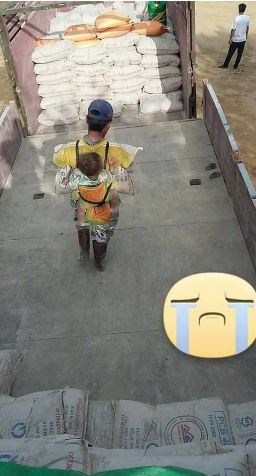 He persevered despite the obvious difficulty. 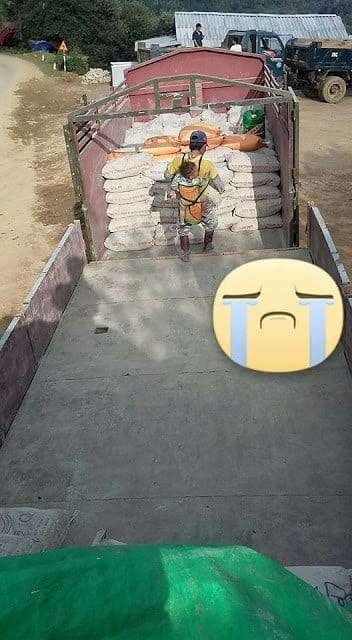 All for his child. 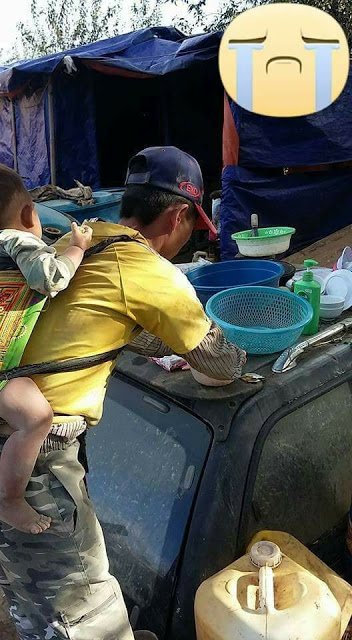 Some netizens did not agree with what the father did as this may have exposed the child to the potential dangers in the father’s working environment. However, more people took the father’s side, stating that it was probably a better and safer choice as opposed to leaving the child alone.

Unfortunately, no contact information about the father and child are available for people who wish to extend their help, although a Vietnamese site is said to host more photos of the duo.

But whoever this man is and wherever he may be, we salute you for making sure that your child is safe! And while we see this father as role model, we will not be surprised if his child sees him as a hero.