James Breakwell is some sort of an internet celebrity – well, a comedic celebrity, at least. The guy has amassed a huge social media following and most people know him as Exploding Unicorn.

How did he become popular, you ask? Well, he’s achieved online fame by posting funny parenting tweets – most of which are conversations with his four young daughters. 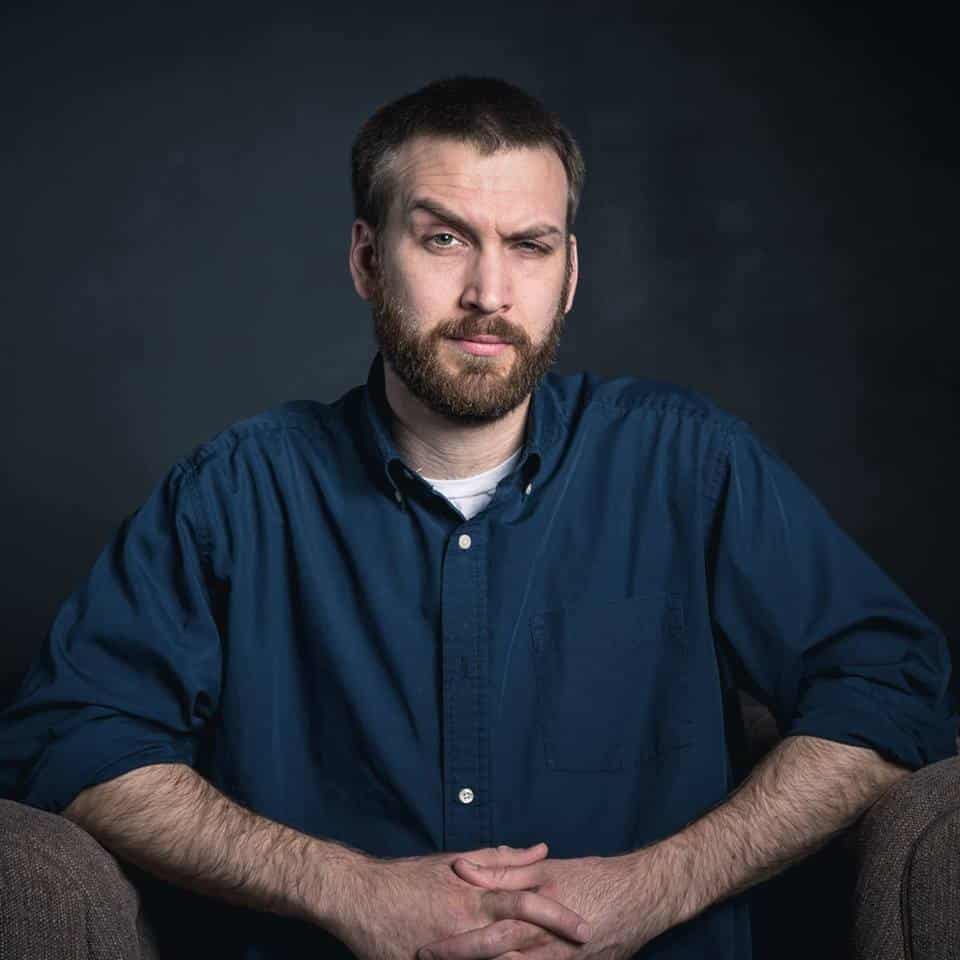 A comedy writer by profession, this father from Indianapolis is a natural when it comes to finding humor in everyday experiences. Since starting his Twitter page in April 2016, hundreds of thousands of followers have been entertained by his laugh-out-loud posts. He has also been repeatedly featured on BoredPanda and numerous other websites.

Moreover, he is also set release his own book soon and its entitled “Only Dead on the Inside: A Parent’s Guide to Surviving the Zombie Apocalypse.”

From that title alone, we’re pretty sure that would be hilarious as well!

Now go browse below for some of his popular – and funniest – Twitter posts: 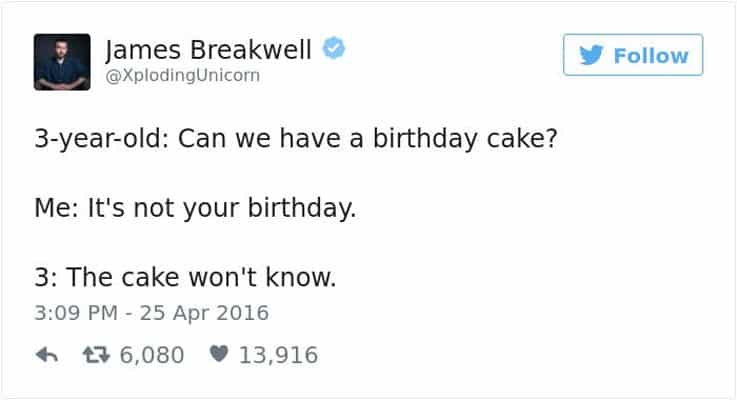 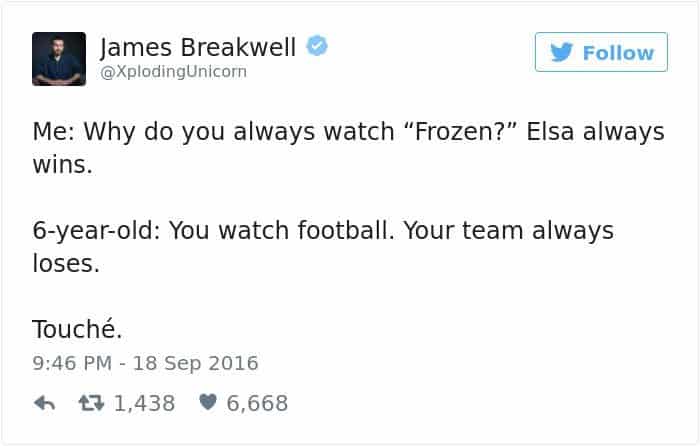 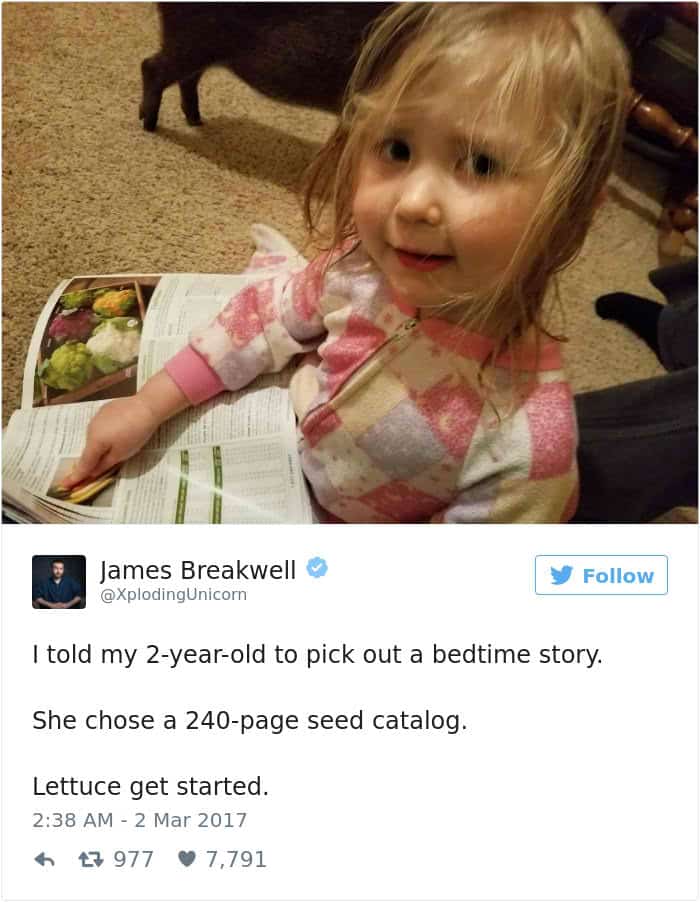 #4. The Force is strong with this one… 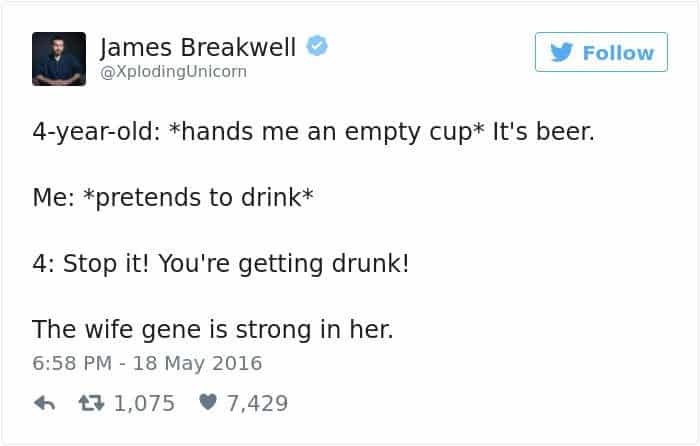 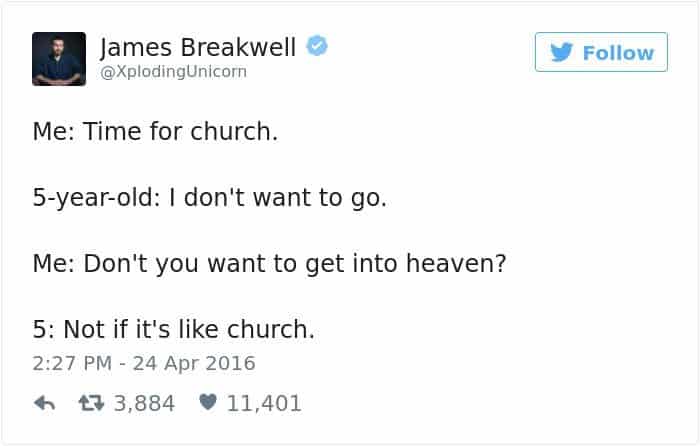 #7. The dog’s got competition. 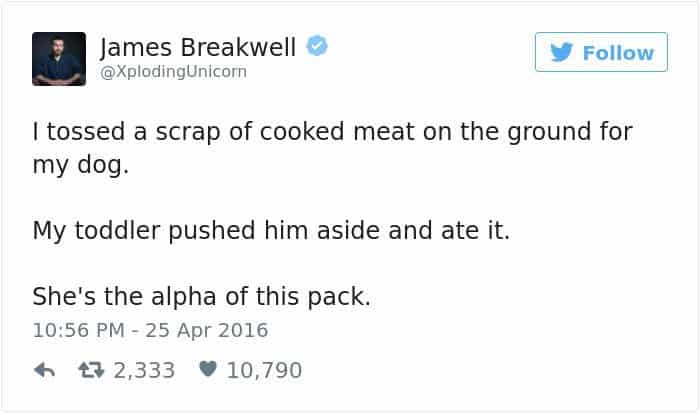 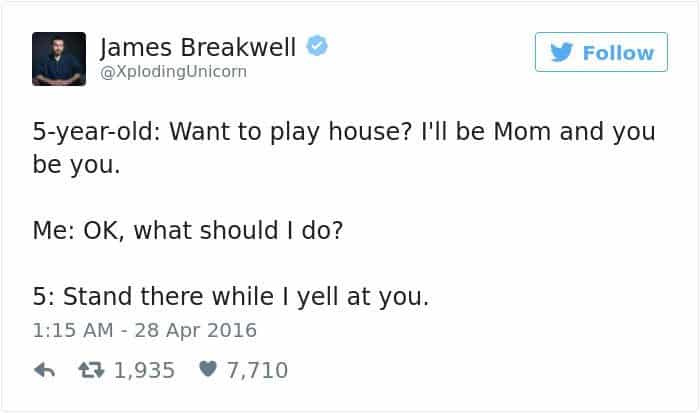 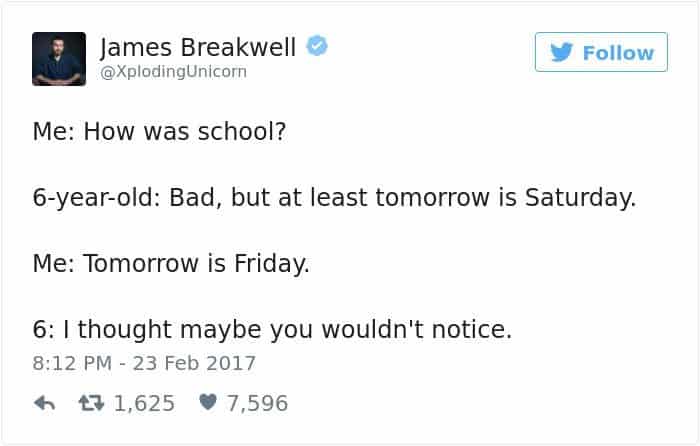 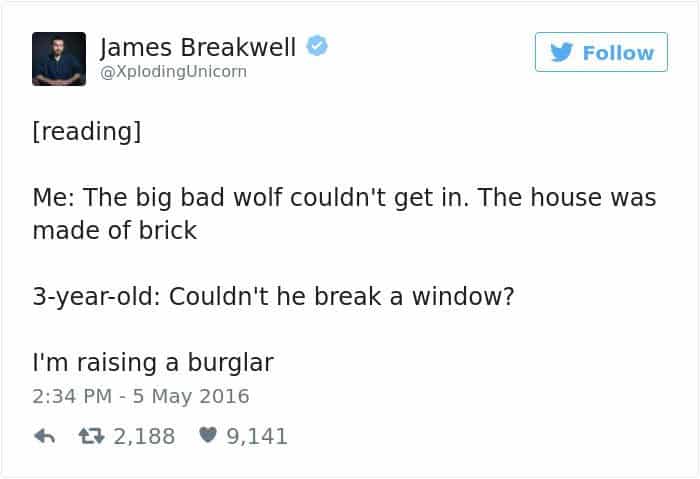 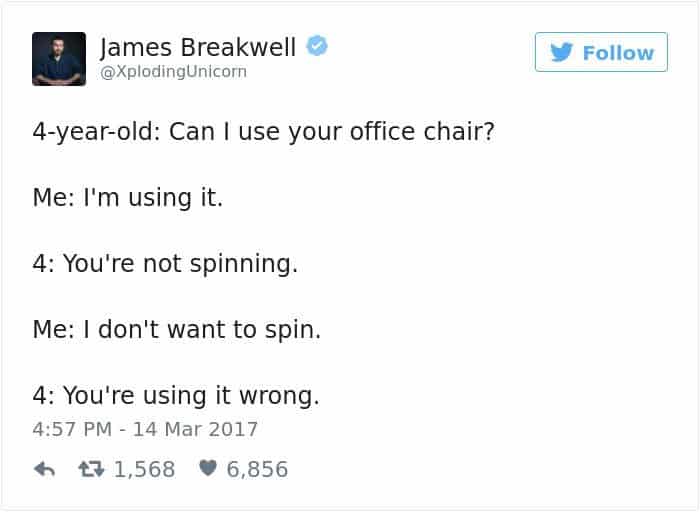 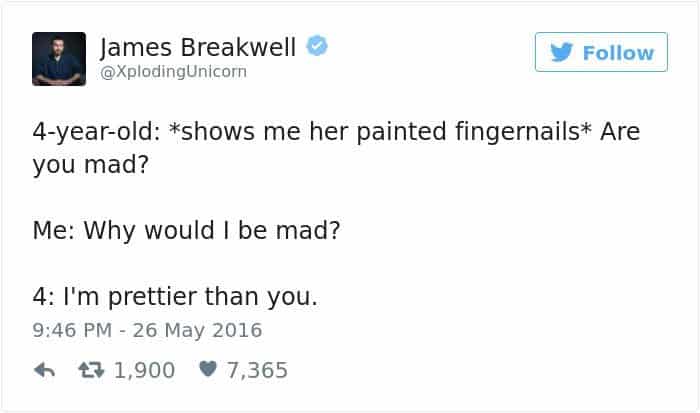 #13. Definitely up to something. 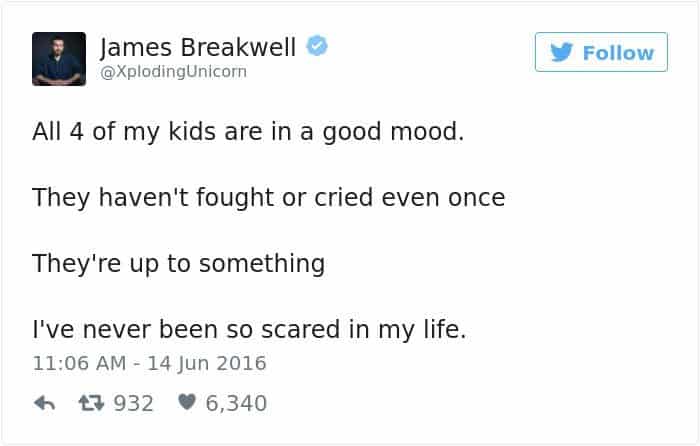 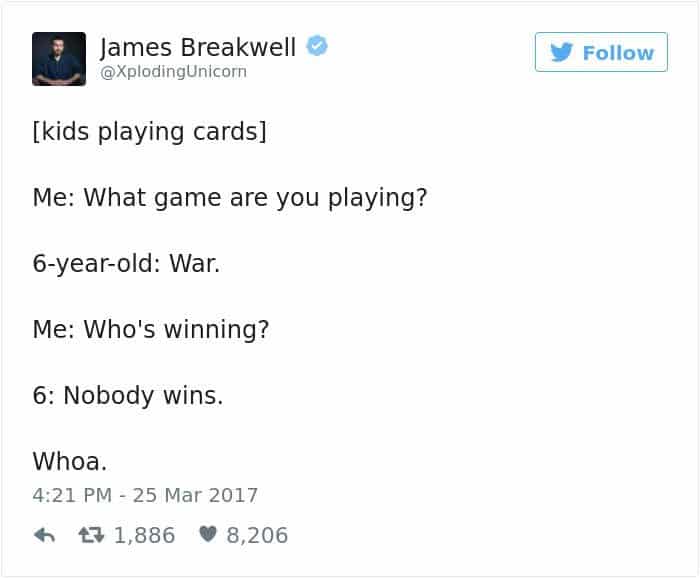 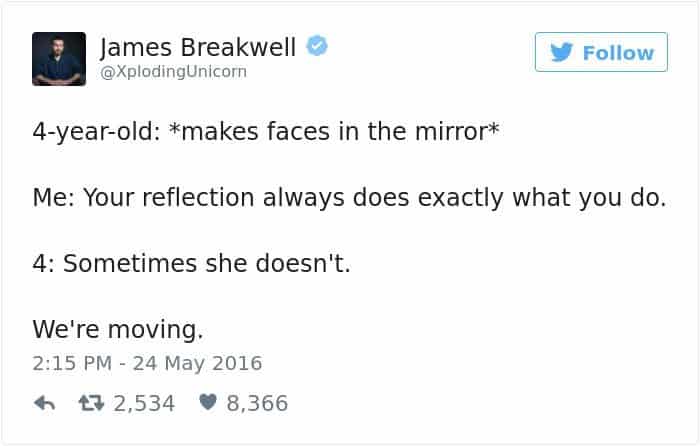