The Defense Advanced Research Projects Agency (DARPA) — which works under the U.S. Department of Defense (DOD) — developed self-steering bullets in a bid to boost the hit rates for difficult, long-distance shots.

Established in 1958, DARPA works closely with the members of DOD’s Science and Technology (S&T) network. DARPA’s main task is “to accelerate the adoption of new technologies.”

Snipers are the target beneficiaries of the self-steering bullet. 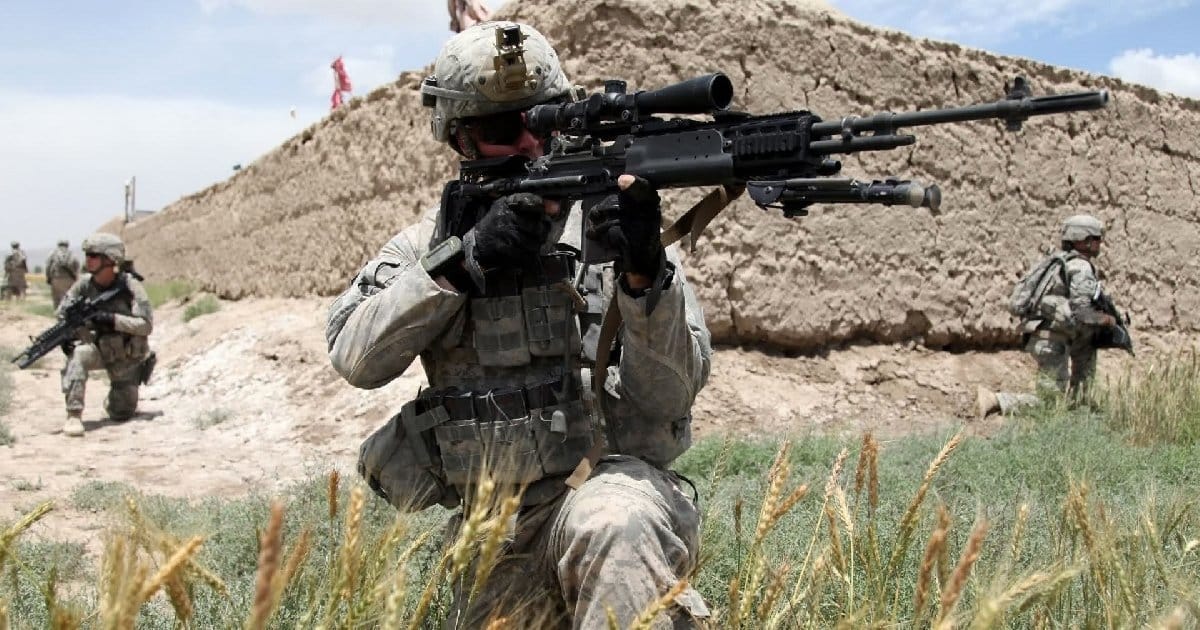 Indeed, “smart bullets” that certainly fall under the said category. DARPA manufactured them under the Extreme Accuracy Tasked Ordnance (EXACTO) program. As such, the self-steering bullets are called EXACTO bullets or EXACTO rounds.

The world record for a confirmed sniper kill is over 1.5 miles. Thus, it’s safe to assume that EXACTO bullets have around the same range. 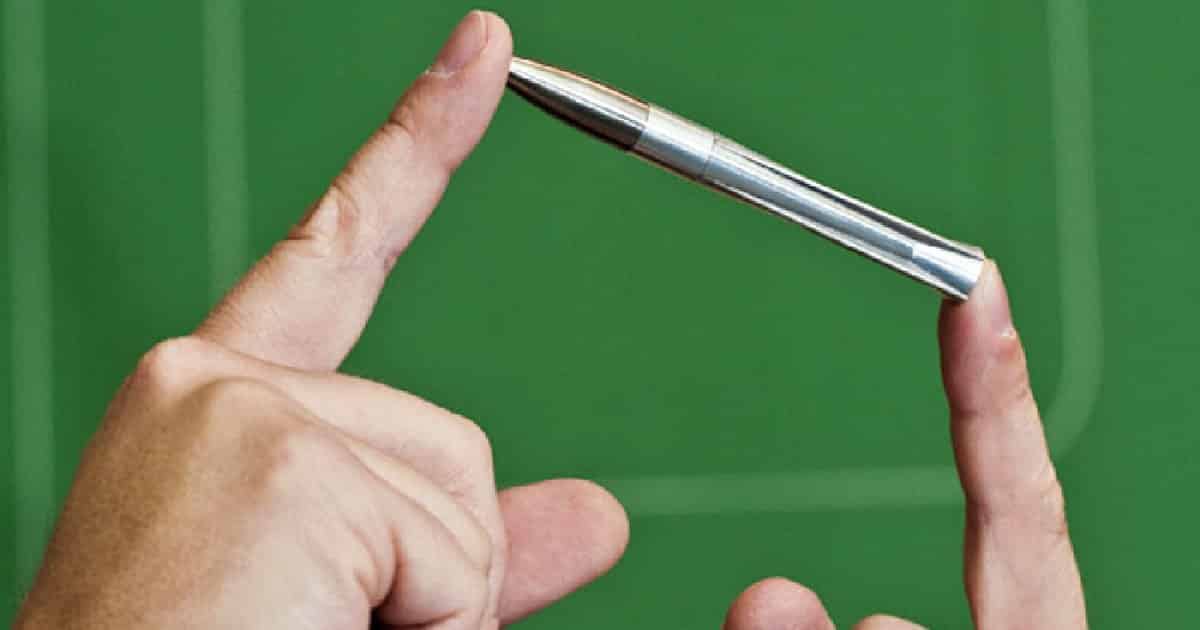 In February 2015, DARPA completed what it called its “most successful round of live-fire tests.” In the said tests, DARPA reported that “an experienced shooter using the technology demonstration system repeatedly hit moving and evading targets.”

DARPA added that “a novice shooter using the system for the first time likewise hit a moving target.”

That said, it seems that EXACTO rounds are truly quite deadly.

The alleged cross-section of the bullet. 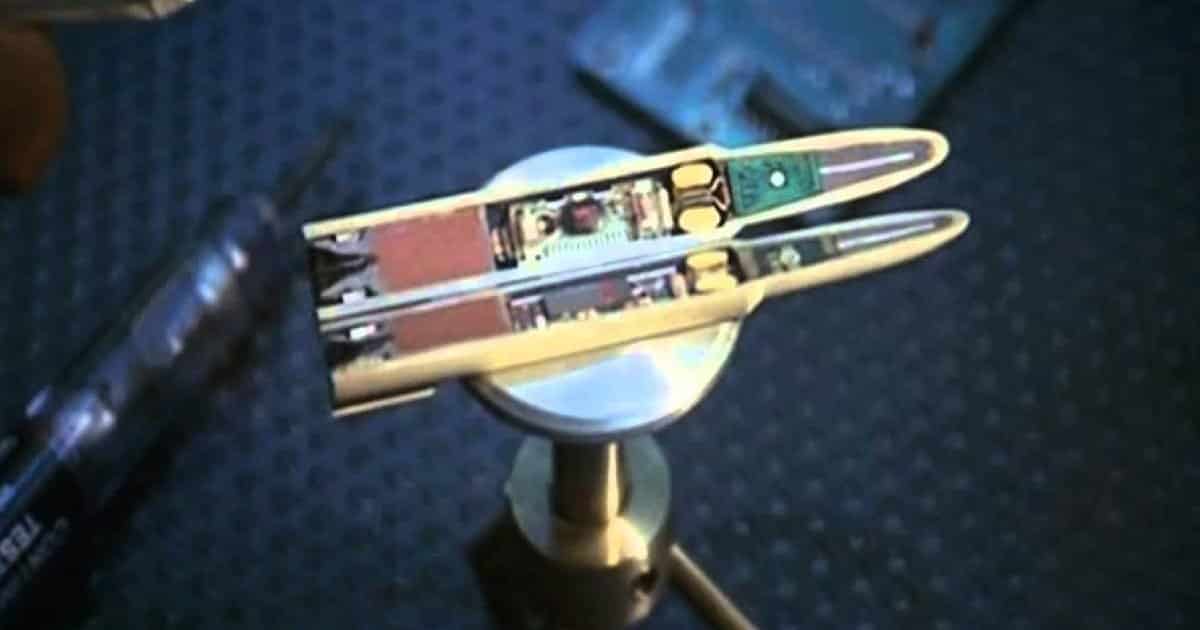 Military snipers often have to take aim at moving targets. They have to do this even under extreme conditions. Their performance is affected by things that are beyond their control like storms, strong winds, or even dusty terrain. DARPA developed the EXACTO rounds to help deal with these obstacles.

So, just how does the EXACTO bullet work?

“First, the sniper shines a laser onto the target. An optical sensor on the bullet detects the light from the laser to identify where the target is.” 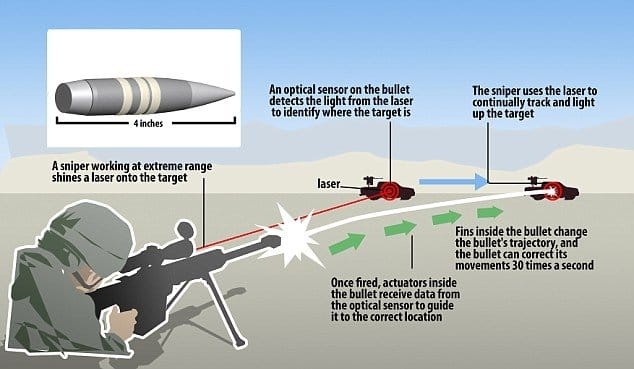 They went on to note:

“Once fired, actuators inside the guided bullet receive data from an optical sensor to guide it to the correct location. Small fins are used to change the bullet’s trajectory, and the bullet can correct its movements 30 times a second.”

The video below shows how EXACTO rounds maneuver in flight in order to hit targets that are moving and accelerating.

The bullet can change direction in mid-air!

Understandably, DARPA has not released all the details about the self-steering bullets.