Rusbal, a Russia-based hot air balloon manufacturer, works closely with the country’s Ministry of Defense. Interestingly, they have been hired to create inflatable tanks, jets, and missile launchers.

The purpose of which, of course, is to fool Russia’s potential enemies who may be checking out their military power through satellites and surveillance aircraft.

Rusbal, a hot-air balloon manufacturer, has been commissioned by the Russian military to create inflatable decoys to trick enemies. 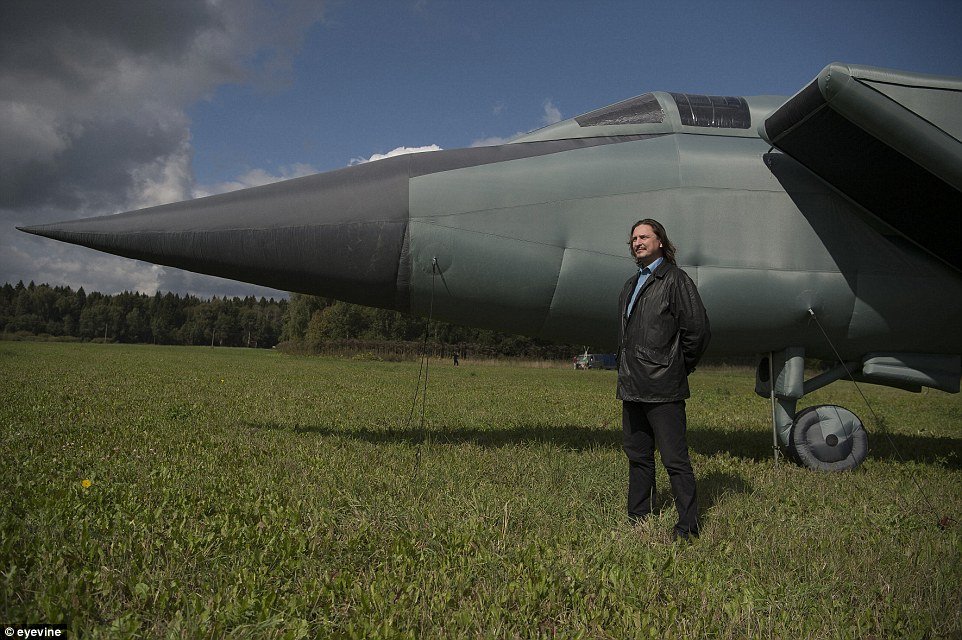 In an interview with New York Times, Aleksei A. Komarov, Rusbal’s Director of Military Sales, said:

“If you study the major battles of history, you see that trickery wins every time.”

So yeah, think of it as a scarecrow of some sorts.

In the picture above, you will see Komarov standing next to a life-sized mock inflatable MiG-31 fighter jet outside Sergeev Posad where their factory is. The decoys look very lifelike even as close as 300 yards and yet they can be quickly inflated and deflated in at least 5 minutes.

These air-filled arsenal can be inflated and deflated in just 5 minutes. 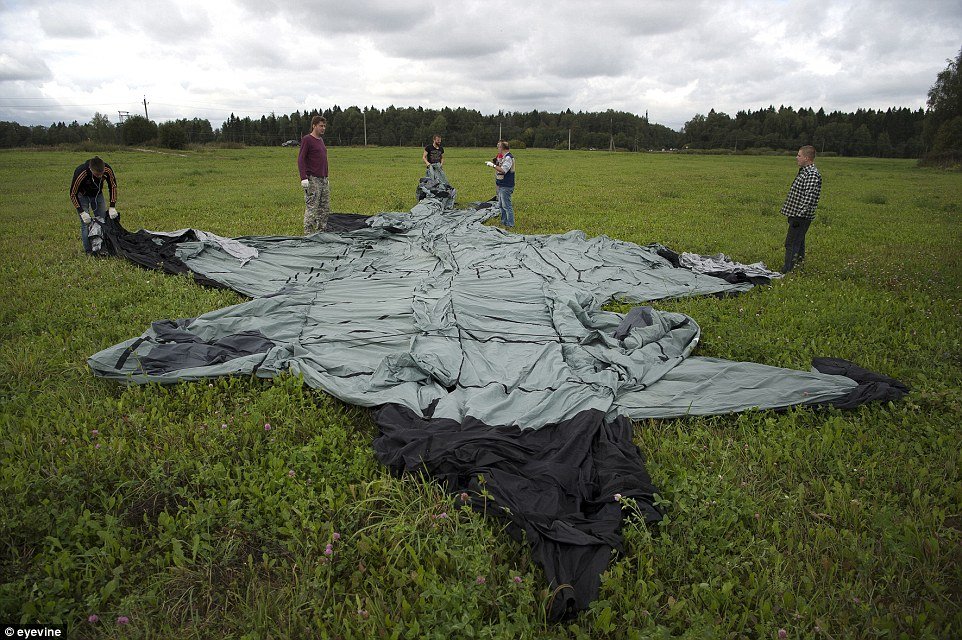 History buffs, however, would be quick to point out that this kind of military strategy isn’t exactly new.

Rusbal provides the military with everything from fake tanks, jets, and missile launchers.

Back in World War I, Britain had their own decoy wooden tanks and they used concealed wheels to make pretend tracks. In World War II, disused airfields were utilized by British military as fake runways, displaying dummy planes and fuel resources. This confused their German enemies.

“If you study the major battles of history, you see that trickery wins every time,” said Rusbal’s Aleksei A. Komarov. 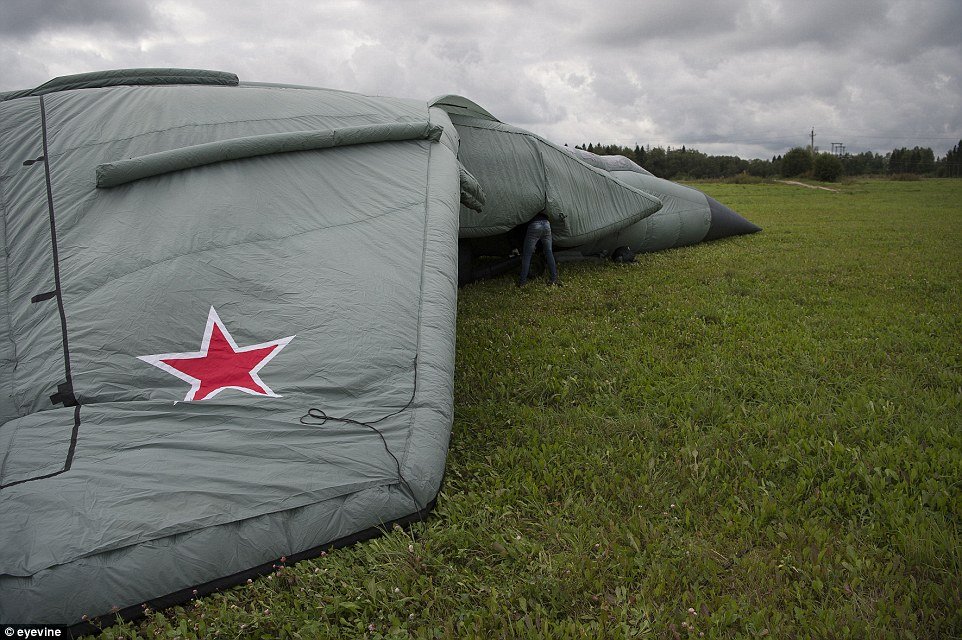 The company has been supplying the defense ministry with air-filled decoys since 1995. 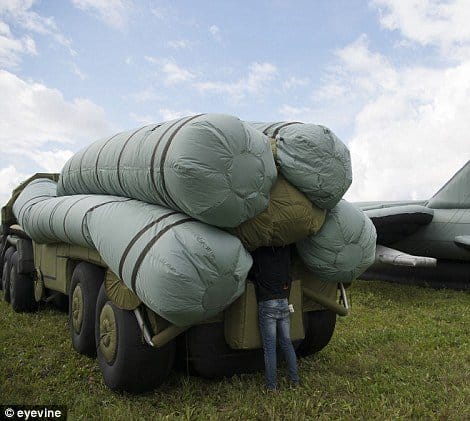 ‘There was a lot of skepticism at first,’ admitted Maria A. Oparina, Rusbal director and daughter of the founder. Now though, the company has been constantly tapped by the military to supply them with the air-filled decoys. They’ve been working with the military since 1995 but they declined to specify how many inflatable decoys they’ve made so far. Aside from the war vehicles, Rusbal also creates bouncy castles and many others.