The North Korean soldiers looked impressive as they marched in their uniforms. A number of them were also in full battle mode. They wore their camouflage uniforms and carried what looked like AK-47 assault rifles with grenade-launchers attached. 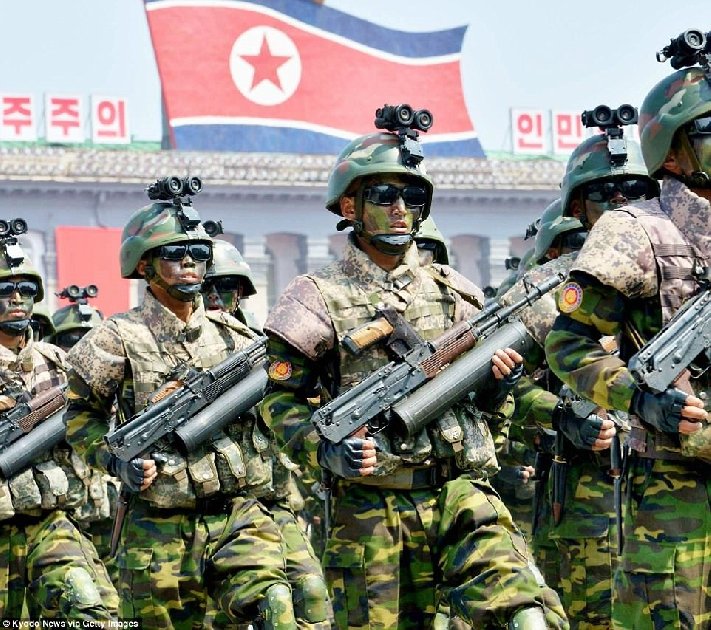 Then again, looks can be deceiving.

An expert called these attachments "laughable." 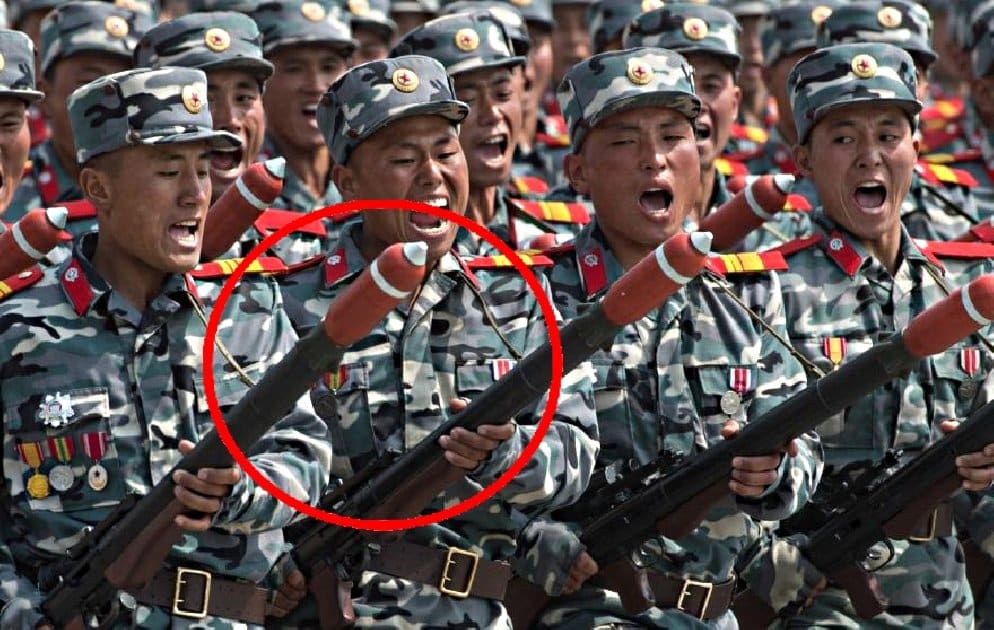 In an interview with Fox News, former US intelligence officer Michael Pregent expressed his doubts about North Korea’s military power. Fox News indicated that Pregent “has over 28 years of experience working conflicts around the world.” As such, he got everyone’s attention when he pointed out that the “grenade launchers” attached to the AK-47 assault rifles were actually just “helical” magazines.

Pregent explained that a helical magazine is supposed to “organize rounds in a spiral shape to maximize capacity.” However, he noted that it’s “notorious for jamming.” Pregent added that he doubted if the AK-47s that the soldiers were carrying were even loaded. This is because North Korea is said to have a shortage of ammunition. On the other hand, other guns were supposedly made to look more intimidating.

These guns are not really silver-plated, just doused with silver paint. 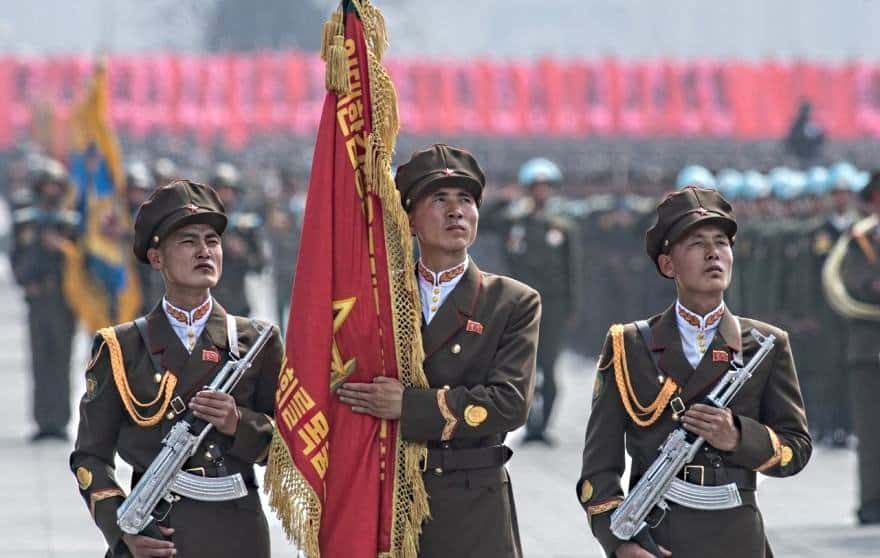 Moreover, Pregent also revealed that so many of the oversized projectiles attached to the weapons carried by the North Korean soldiers were probably just accessories with “zero combat application.” Besides, the authorities would never have allowed that many dangerous weapons to be exposed, especially since Kim Jong-Un was at the parade. They’re paranoid about his safety and don’t want to take any chances of any projectiles being accidentally fired.

The expert said these projectiles were merely props. 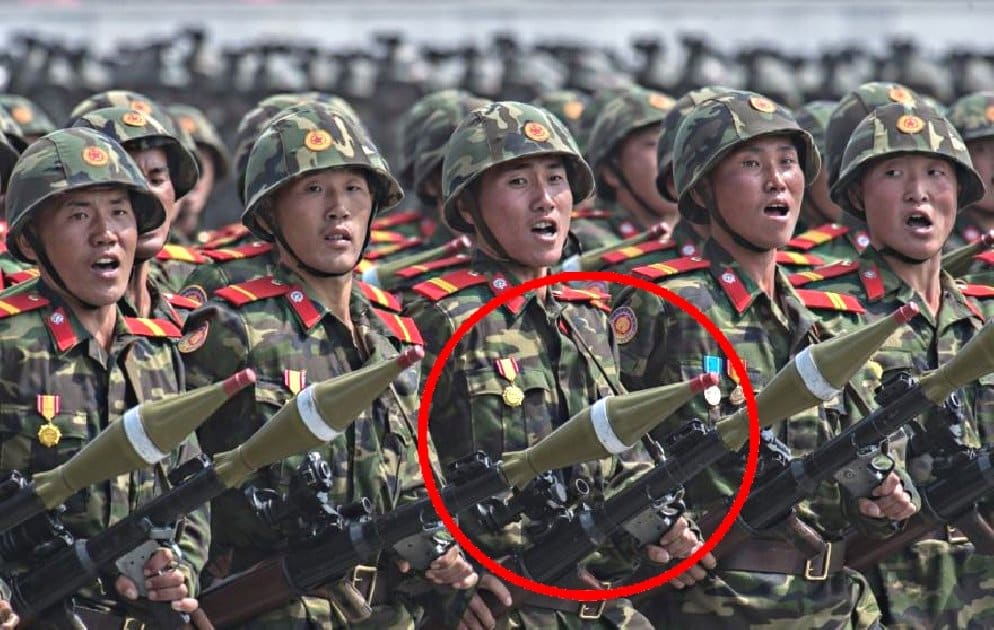 Other weapons experts also added that the various colors used on these projectiles was what made them suspicious in the first place. 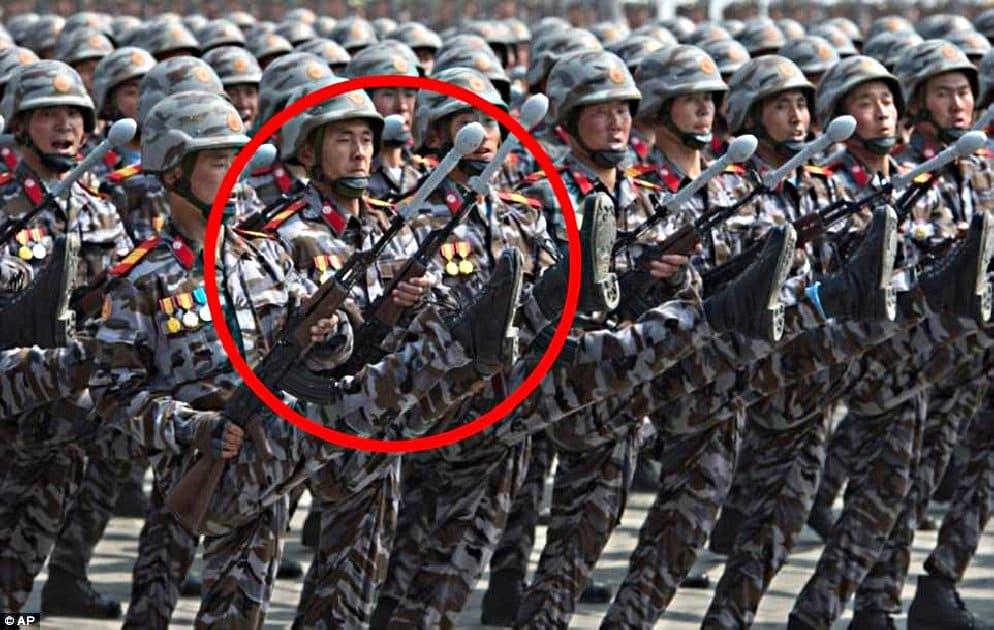 It wasn’t just the guns and their attachments that caused suspicion. Other objects on display at the parade were also of dubious origin.

Experts pointed out that these are not military-grade protective eyewear. 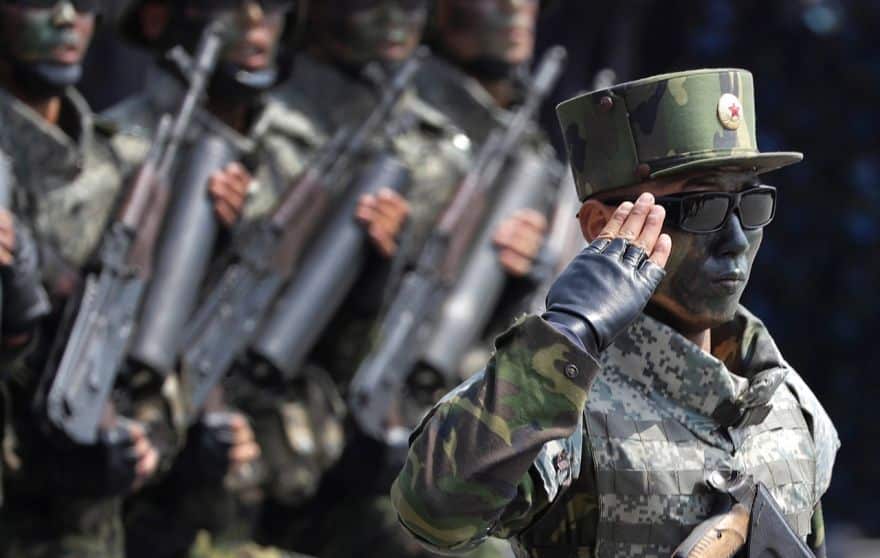 “This was more about sending a message than being combat effective,” observed Pregent.

The missiles may have been dummies, as this one had a crooked nose cone. 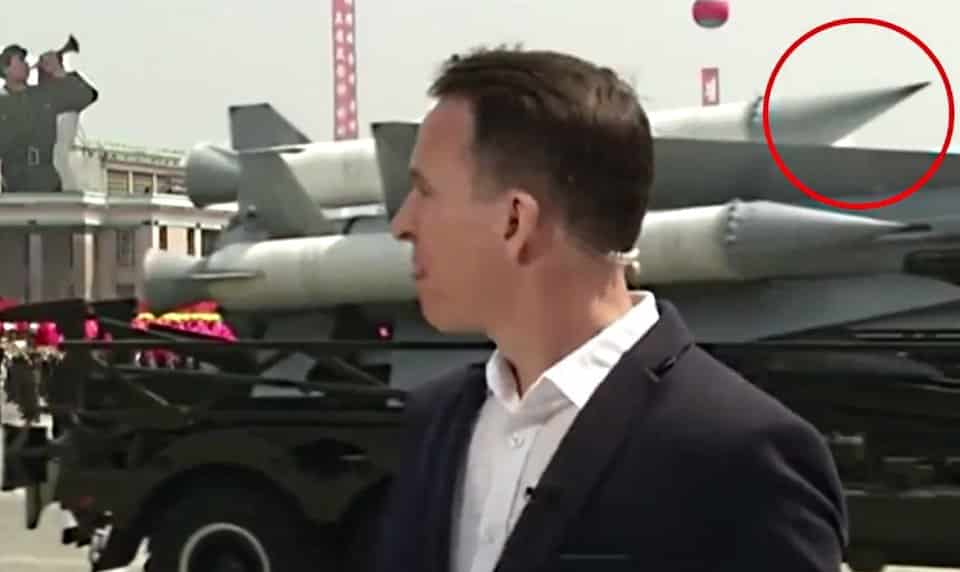 While North Korea may, indeed, have some nuclear weapons, it’s most likely that its bark is worse than their actual bite at this point.