It looks like China has successfully installed weapons on all the seven artificial islands in South China Sea. As we can all see on the photos recently released online by the CSIS Asia Maritime Transparency Initiative (AMTI), structures in the islands now come equipped with anti-aircraft guns and anti-missile weapon systems.

The discovery of the weapons is, of course, odd. 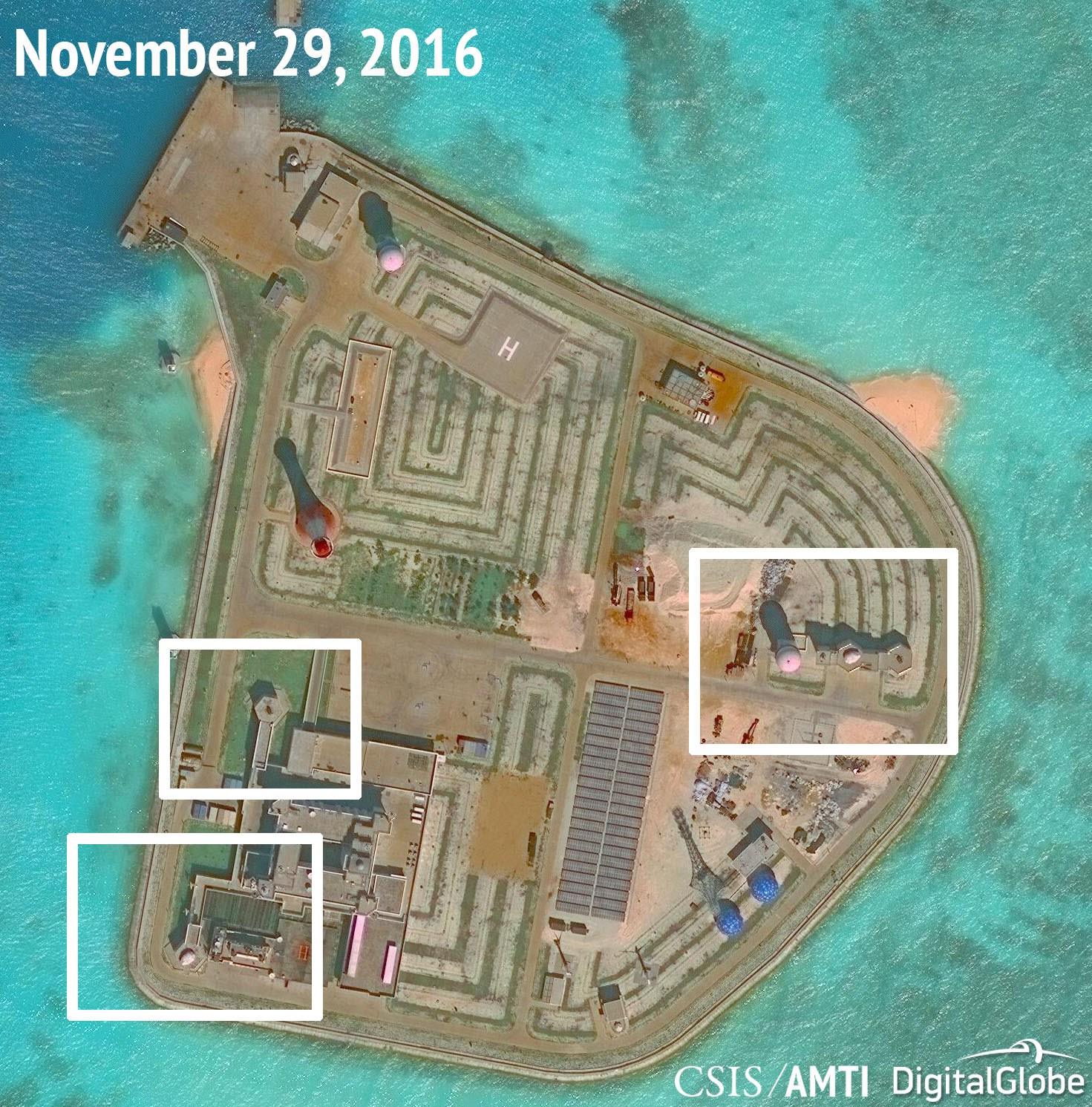 Besides, Chinese authorities have previously declared they have no intentions of militarizing the disputed islands. 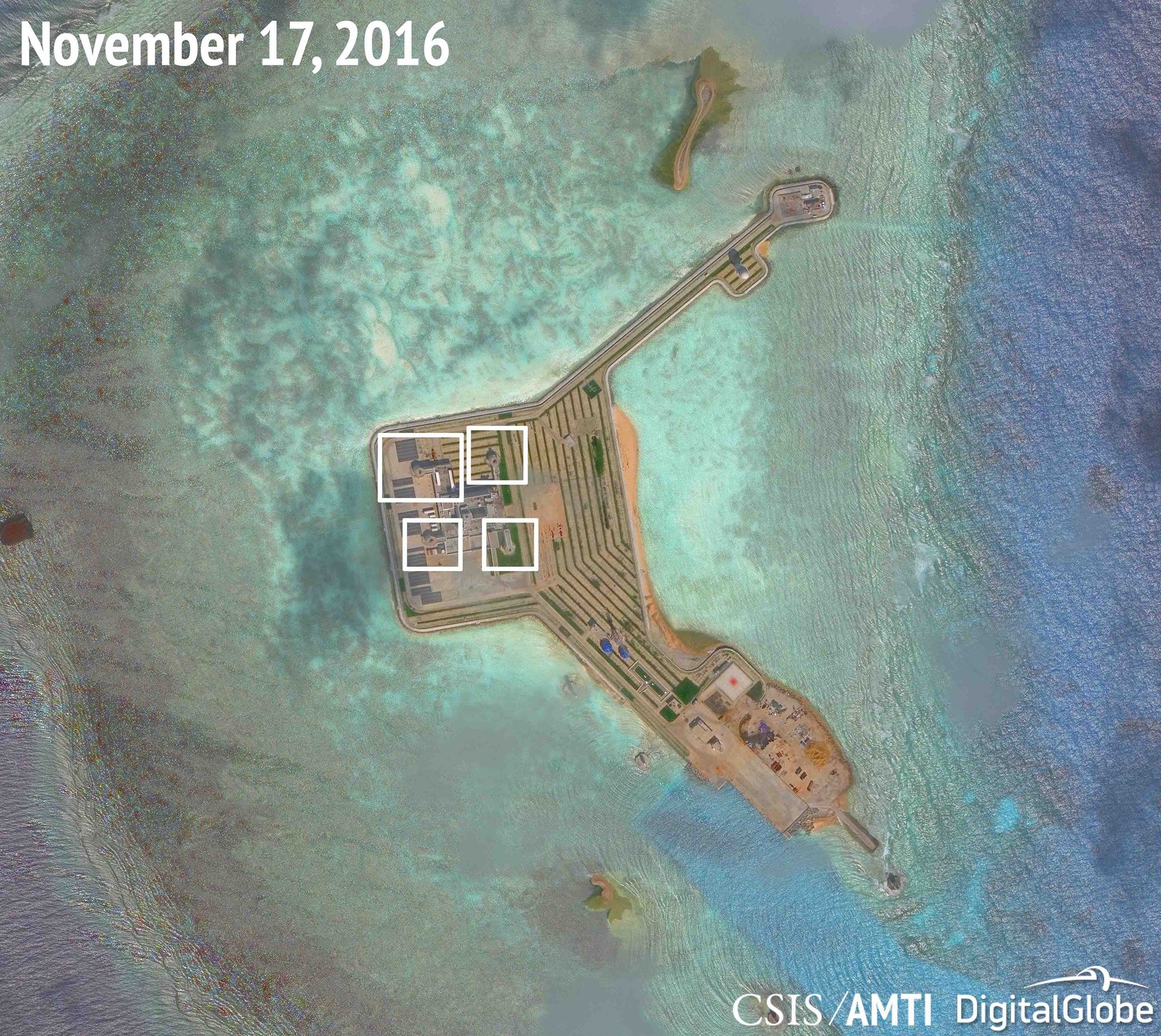 AMTI has been monitoring developments and they’ve earlier reported that airstrips and other structures have been built on the islands. 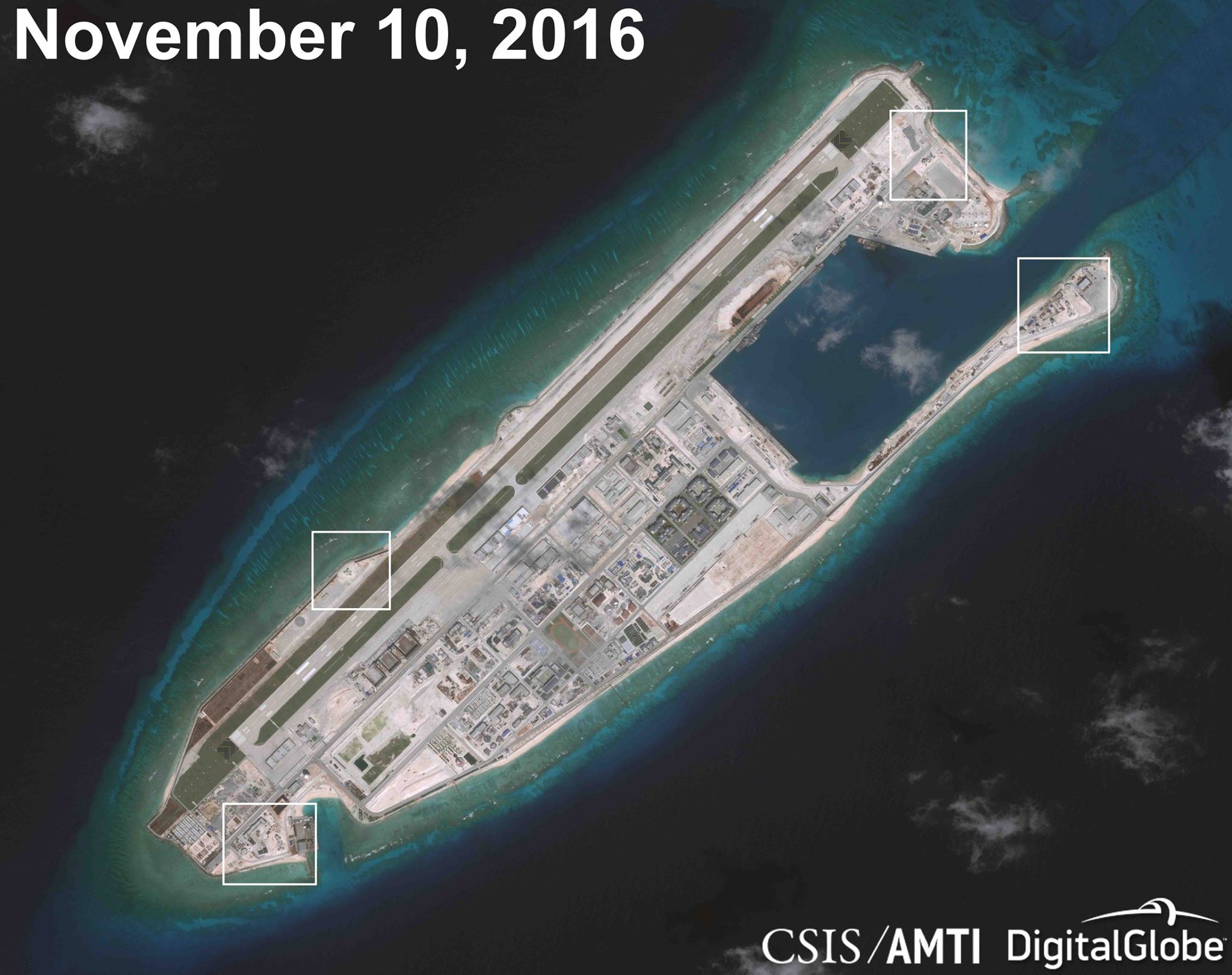 All of these discoveries have been made via satellite images. 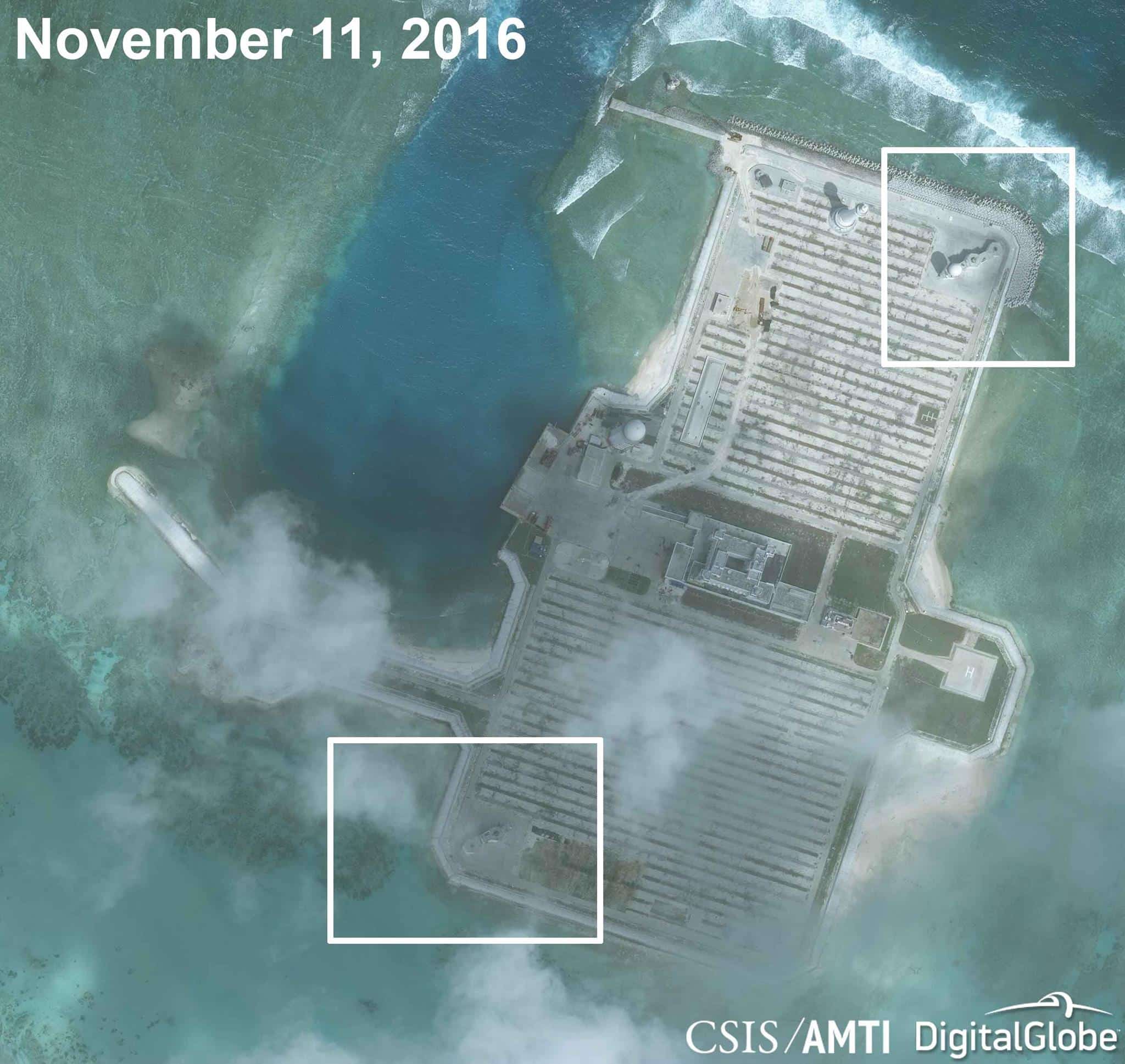 A statement from AMTI says:

“It now seems that these structures are an evolution of point-defense fortifications already constructed at China’s smaller facilities on Gaven, Hughes, Johnson, and Cuarteron reefs.

“This model has gone through another evolution at (the) much-larger bases on Fiery Cross, Subi and Mischief reefs.”

Satellite images show us anti-aircraft weapons and close-in weapons systems (CIWS) that China can use against cruise missile attacks. 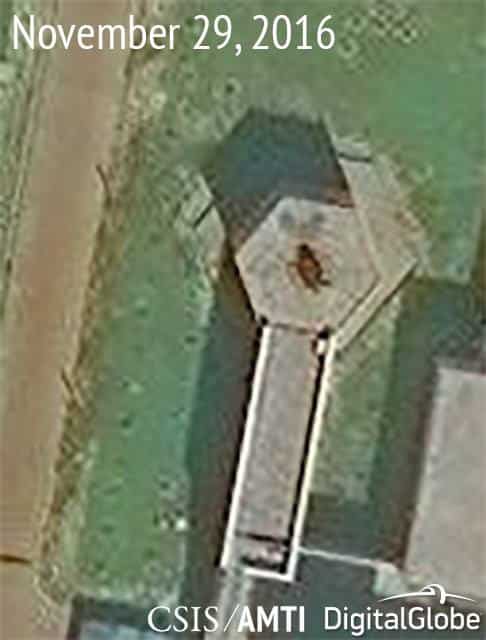 Other images indicate what appears to be some towers which are likely equipped with targeting radar. 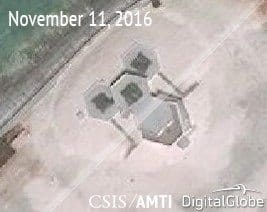 “These gun and probable CIWS emplacements show that Beijing is serious about defense of its artificial islands in case of an armed contingency in the South China Sea.

“Among other things, they would be the last line of defense against cruise missiles launched by the United States or others against these soon-to-be-operational air bases.”

In a Reuters interview, Greg Poling, director of AMTI, pointed out that they’ve spent months observing the structures being built. 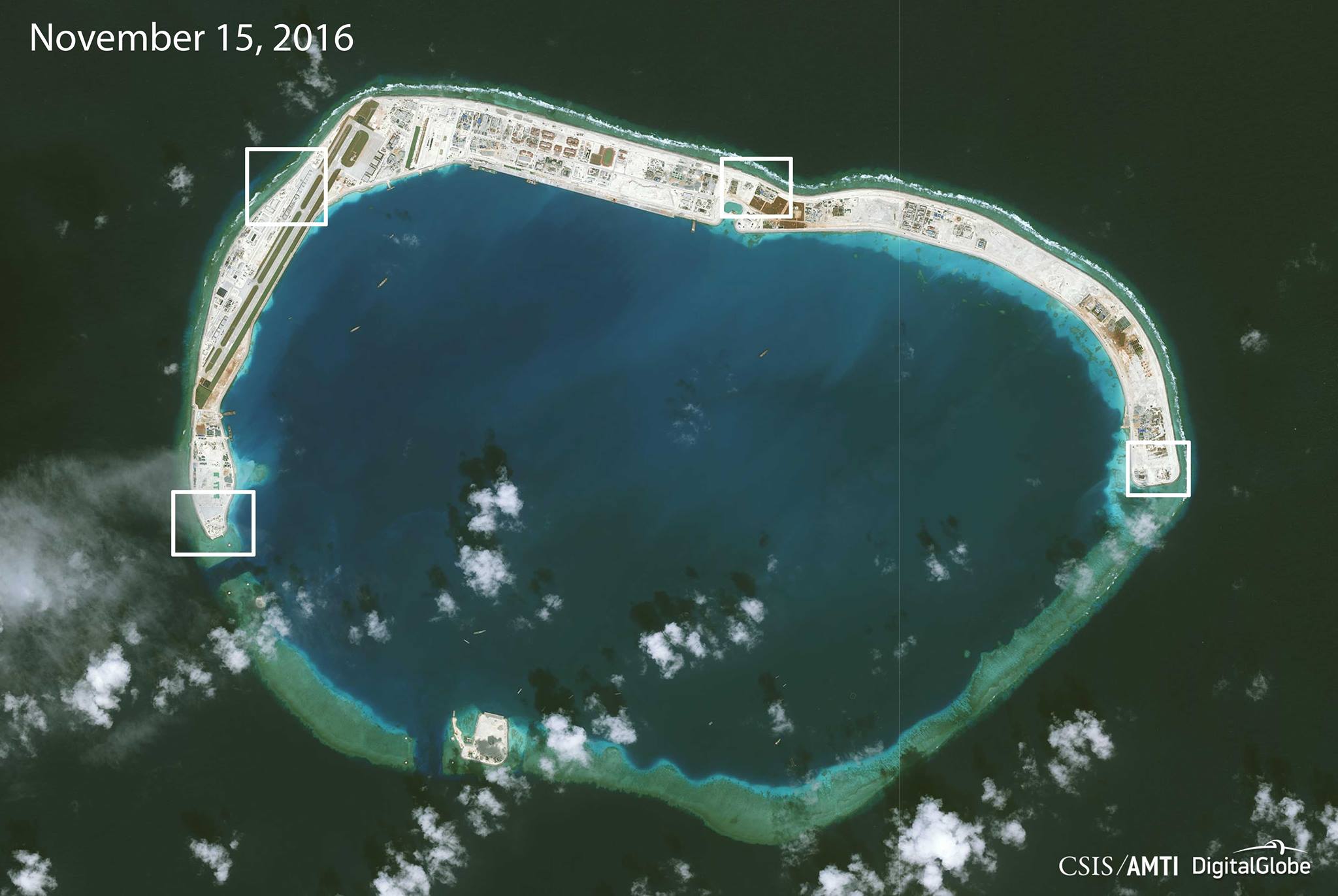 They’ve never been sure about China’s purposes until these recent developments.

“This is the first time that we’re confident in saying they are anti-aircraft and CIWS emplacements. We did not know that they had systems this big and this advanced there.

“The Chinese can argue that it’s only for defensive purposes, but if you are building giant anti-aircraft gun and CIWS emplacements, it means that you are prepping for a future conflict.” 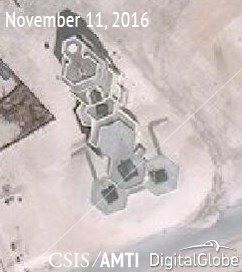 “They keep saying they are not militarizing…” 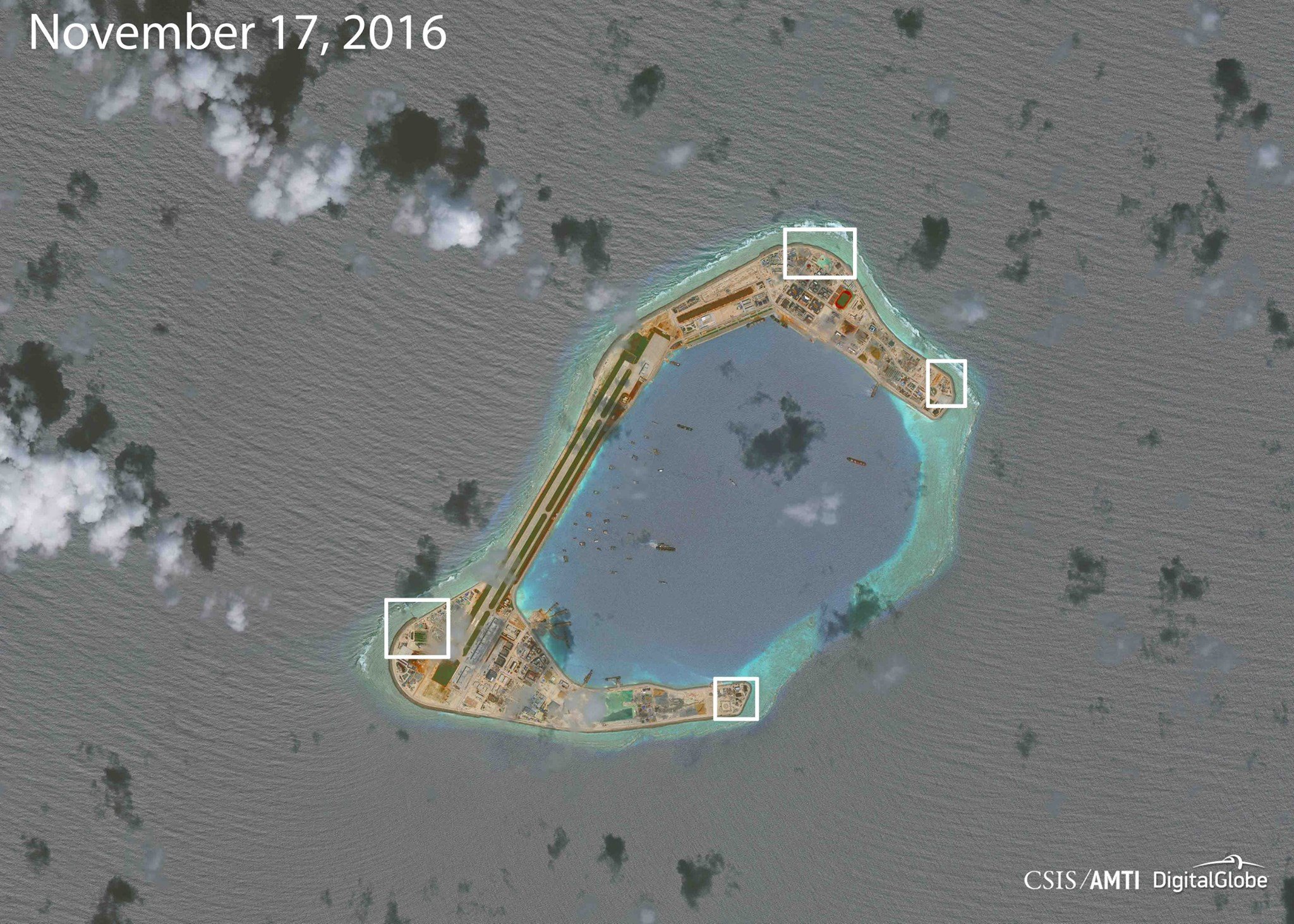 “… But they could deploy fighter jets and surface-to-air missiles tomorrow if they wanted to,” said the AMTI director. 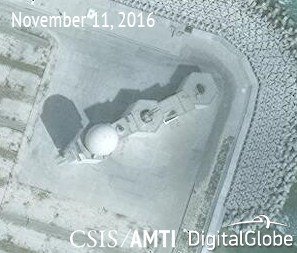 “Now they have all the infrastructure in place for these interlocking rings of defense and power projection,” he added. 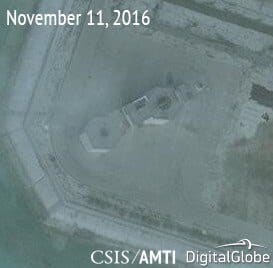 Donald Trump, the President-elect of United States, takes office starting January 20, 2017. He has earlier said that he will take a tougher stance against China than outgoing President Barack Obama did.