In jail, there are prisoners who use their abilities in creating weapons. Although it is prohibited, some can still find ways to make their creations hidden and unnoticeable by the prison security.

The creation of weaponry of inmates is nothing but dreadful.

These weapons are created by inmates own inventiveness and resourcefulness.

Prison is a frightening place, there are violent convicts and one way to protect themselves from other offenders or perhaps find their way out of jail is to construct weapons.

These photos show how dangerous and ingenious weapons crafted by the inmates. 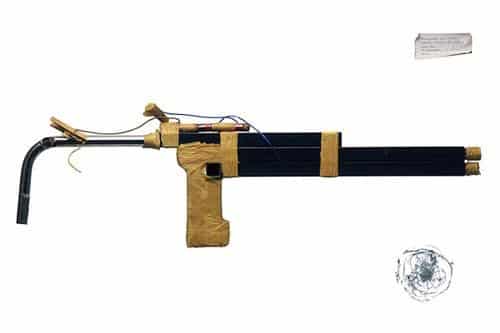 Two prisoners in Germany took an inmate as hostage on May 21, 1984. They used a shotgun weapon made from iron bedposts, pieces of lead from curtain tape and set fire by broken light bulb and AA batteries. The inmates were able to escape through a car after shooting the bullet proof glass window. 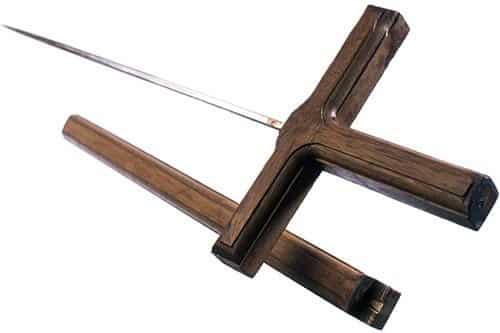 In 1994 at Wolfenbuttel Prison in Germany, a shiv cloaked as crucifix was found in the cell of a prisoner. Its purpose was for escape or weapon inside the cell. It’s a crucifix outside but a weapon inside. 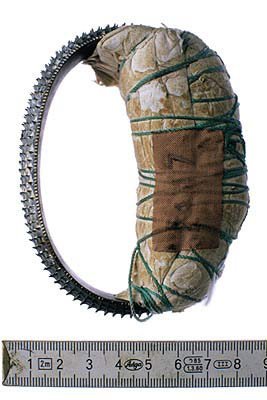 At Wolfenbuttek Prison, Germany sometime in 1993, this was found in the cell of an inmate. 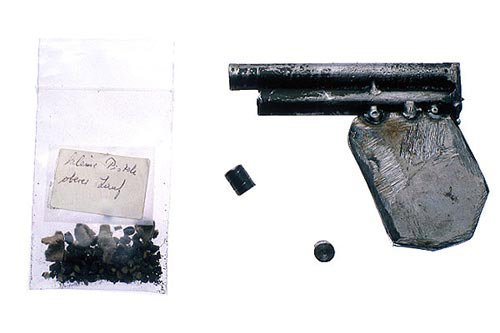 On November 15, 1984 this gun was found in the cell of two prisoners. It was carefully made in the prison’s metal workshop; it is probably made to be used inside as it was loaded with match heads and steel. 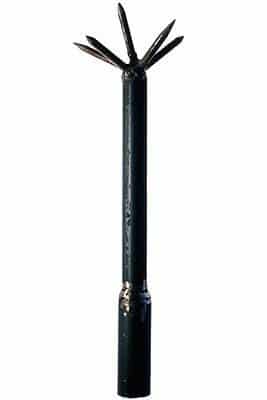 In year1997, this mace was found in the metal workshop of Santa Fu prison, Germany believed to be used as an escape tool or weapon inside the prison. It’s primary use its believed to shove the barb wires away for break out. 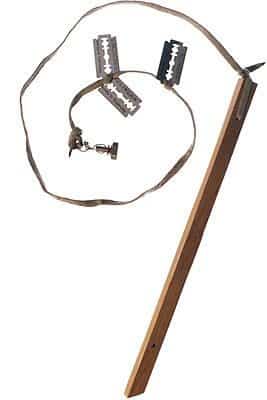 In 1996, this weapon was found at Santa Fu prison in Germany, it has many razor blades put in a whip. According to report, this was made by a drug addict prison. 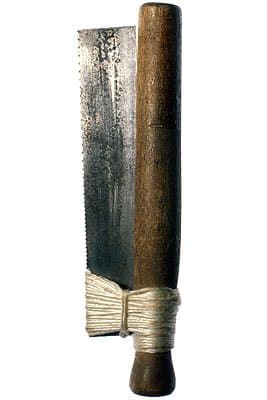 This weapon was confiscated in Hohenasperg prison in Germany; it is made from a wooden coat hanger which is incredible made and a jag saw blade that can slash deep like a knife.

The inventiveness for this one is surprising, a spoon for weapon? Yes, it is possible. A wax wrapped in a thread was placed in the base of the spoon for a stronger grip and the tip of the spoon was honed. This was found and confiscated at New Jersey prison. 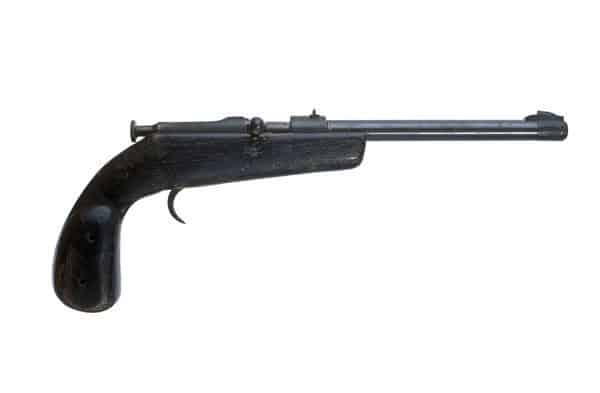 This weapon was made by a prison in Wolfenbuttel prison in Germany to escape, almost certainly believed that shooting an officer is his plan for escape but this item was confiscated in 1984. This weapon is very dangerous and it’s bizarre to even believe how inmates can make and hide very obvious weapons like these in their cells. 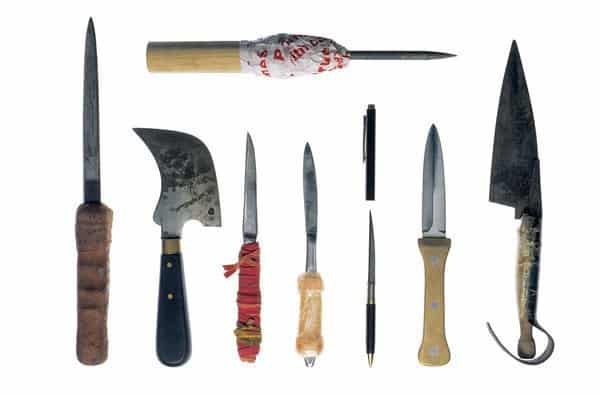 These were found at Santa Fu prison, Germany. Different types of knives can be seen, some are very obvious and other weapons don’t look like weapons. Some harmful materials look an ordinary item like cross, spoon, handle or pen. 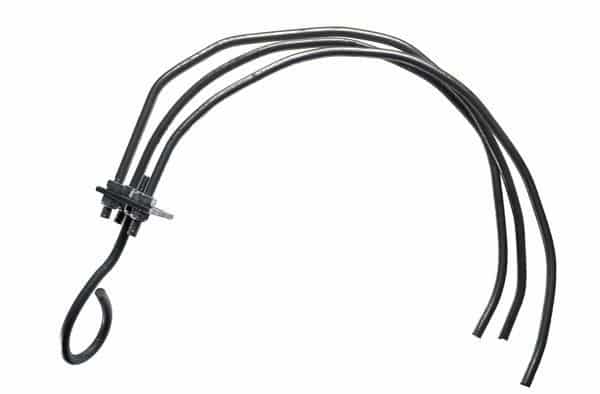 On August 19, 1987, in Ludwigsburg prison, Germany; two prisoners were planning to escape using a grappling hook. This grappling hook is made of leather and string. This long hook can be used in walls and also be for attack or defense as these inmates tries to escape. 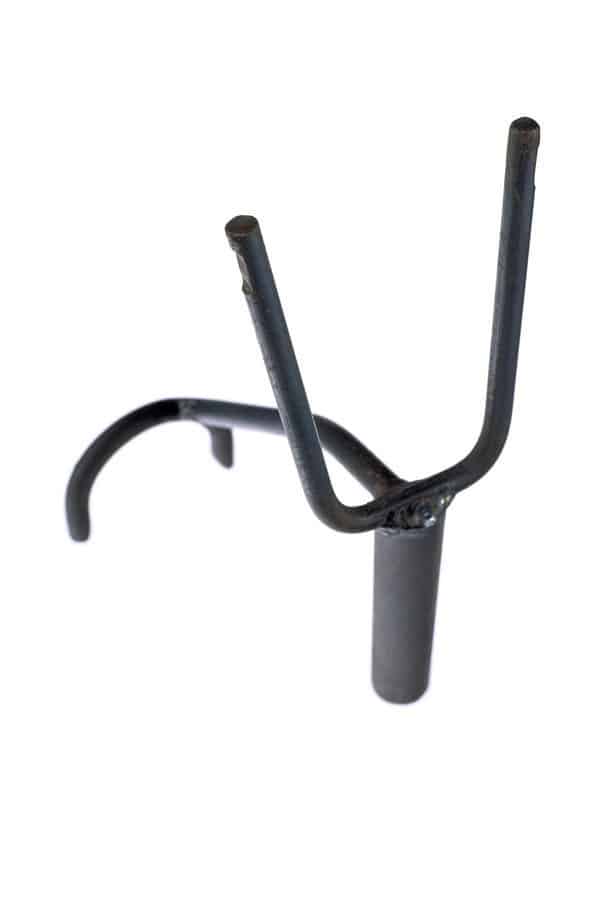 Confiscated in 1991, this catapult was labelled as “Dackel” by a prisoner in Wolfenbuttel prison in Germany. A catapult is like a slingshot, it can hurl objects like stones, rocks, drugs and many more items. It can be used in great distance.

What can you say about these weapons? Let us know your thoughts.