‘Moments of excruciating pain led her to a lifetime of happiness.’

Melissa Dohme almost died three years ago after being stabbed 32 times in the face and neck by her ex-boyfriend. The domestic violence survivor, only 20 years old then, spent the next three weeks in the hospital, flat-lining four times–fighting for her life. Much to everyone’s amazement, she made it alive. Melissa even left rehab walking on her own, traveled and went back to school, stronger more than ever.

Melissa in cowboy boots and Cameron in blue jacket as the latter asked ‘Will you marry me?’ during the Tampa Bay Rays’ game. 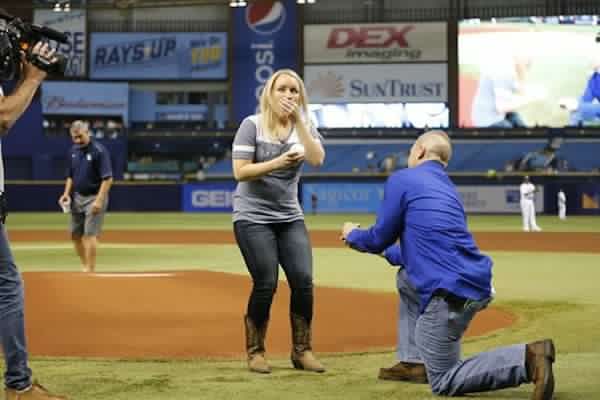 Three years later, she is about to get married to her boyfriend Cameron Hill, the first responder who helped save her life. After her recovery, she devoted her time to be a domestic violence advocate and was recently invited to throw the first pitch at a Tampa Bay Rays’ game. Little did she know, Cameron was going to propose to her. When she stepped to the plate, preparing to throw, Cameron ran towards her and gave her the ball with these four words written on it, ‘Will you marry me?’ He then knelt down with a little box and a ring inside.

Both surprised and happy, Melissa said yes, kissed her ‘soon to be husband’ and was still able to throw the first pitch successfully.

Melissa said yes to boyfriend Cameron, the EMT who helped saved her life years ago. 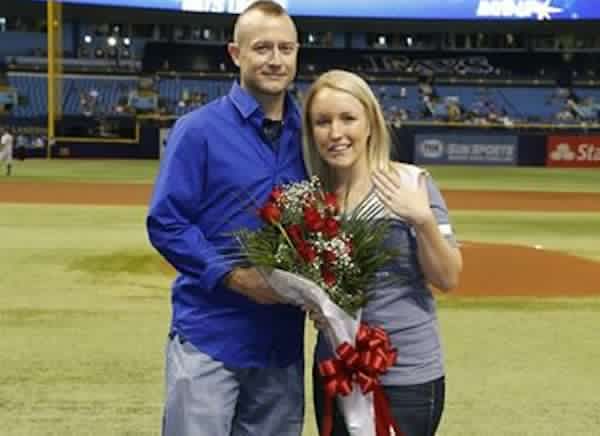 It was so bad. You couldn’t tell she was blond,” Hill told the Tampa Bay Times. For some reason, I didn’t think it would be the last time I was going to see her.

True enough, they saw each other again when Melissa spoke at a church and  they began dating soon after.

If you believe there’s good in the world then you’ll find it,  Dohme said. I believe he’s the answer to my prayers that I’ve prayed all the time.

Second chance at life and love. Nothing can really be sweeter and better than that.