A YouTube video from last year has found new life as it recently went viral. The 2-minute clip entitled “The Whooper Dropper” has attracted a lot of attention from netizens across the world.

It shows a clawed multi-copter hovering above the San Francisco area, carrying a hamburger with it, and then dropping the free food to random homeless individuals – much to their! It’s really fascinating and heartwarming to watch how the flying machine brought happiness to its target “victims.”

Drone Lyfe’s Kristopher Kneen, one of the people behind the video, was quick to emphasize that this was not a Burger King-sponsored marketing stunt. They just love the fact that Whooper, a popular product from that burger store, rhymes with the word “dropper.” The name stuck and so they went ahead and produced the video. 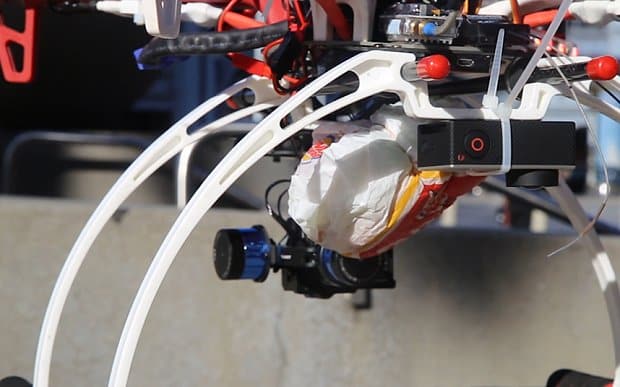 The burger company likewise denied any involvement with the project saying “This was not a Burger King brand initiative.”

Kneen and his crew were simply hoping that doing this little thing will help fill hungry tummies and brighten the day of the needy as well. 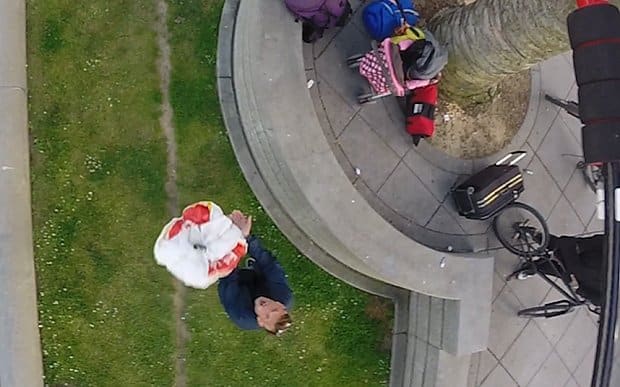 Despite their good intentions, Drone Lyfe has been bashed by many commenters for their choice of food. One wrote that the group was “delivering heart disease to impoverished Americans one spy drone at a time” while another asked “Why not drop them a banana or a sandwich?”

Regardless of the criticisms it earned, the video clearly shows us that the needy were grateful for the free food given to them.

Check out the drone in action here:

In the near future, Kneen and Drone Lyfe are hoping to drop $1,000 cash to a large crowd in a park. They are still looking for a sponsor for this next project.

What do you think about this initiative? Is it a good idea to distribute free burgers to the homeless or not? Leave a comment below!