Nothing is ever over the top for the world’s richest people. If they’ve got the money, then you can expect them to spend it on convenience and luxury. And what is one of the elites’ favorite purchases? Why, a private jet of course.

A video tour of the world’s only privately owned Boeing 787 Dreamliner named the Dreamliner B787 Dreamjet (with registration plate “2-DEER”) by aviation blogger Sam Chui is wowing online users because of its beauty and opulence. The aircraft, which costs $300 million, has been dubbed a “flying penthouse.”

The plane is a remodeled Boeing 787 Dreamliner, a commercial aircraft that can carry between 240 and 335 passengers. 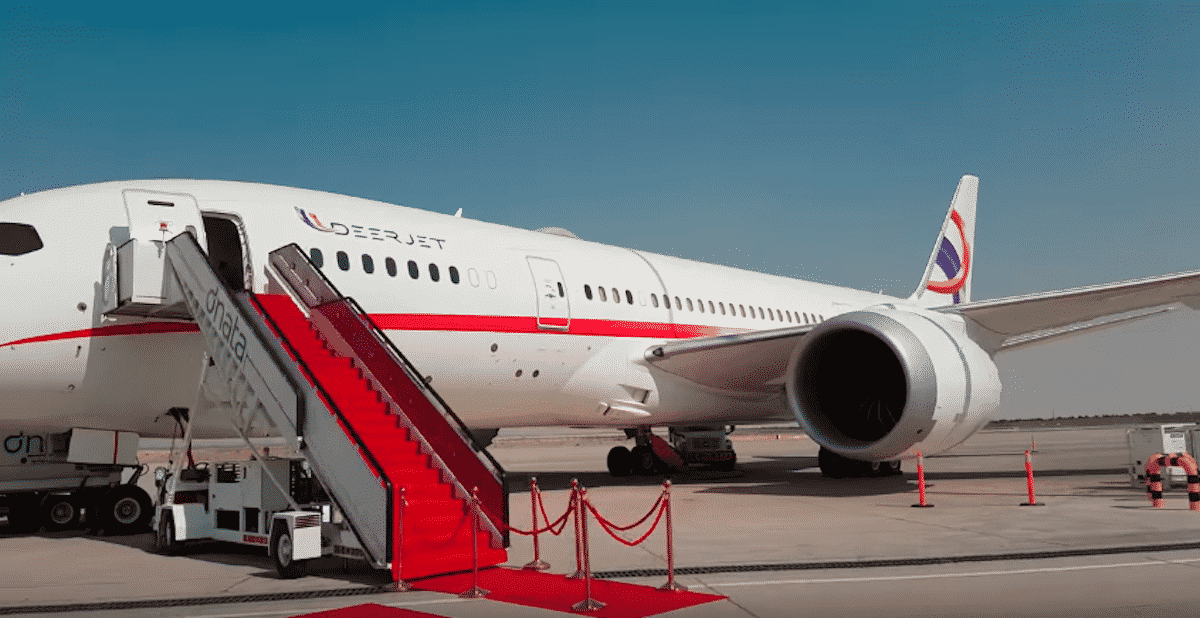 The airplane can carry 40 passengers and has been designed and equipped like a luxury hotel. It can be chartered for the hefty price tag of $25,000 per hour.

The interiors were co-developed by yacht and aircraft design specialists Pierrejean Design. 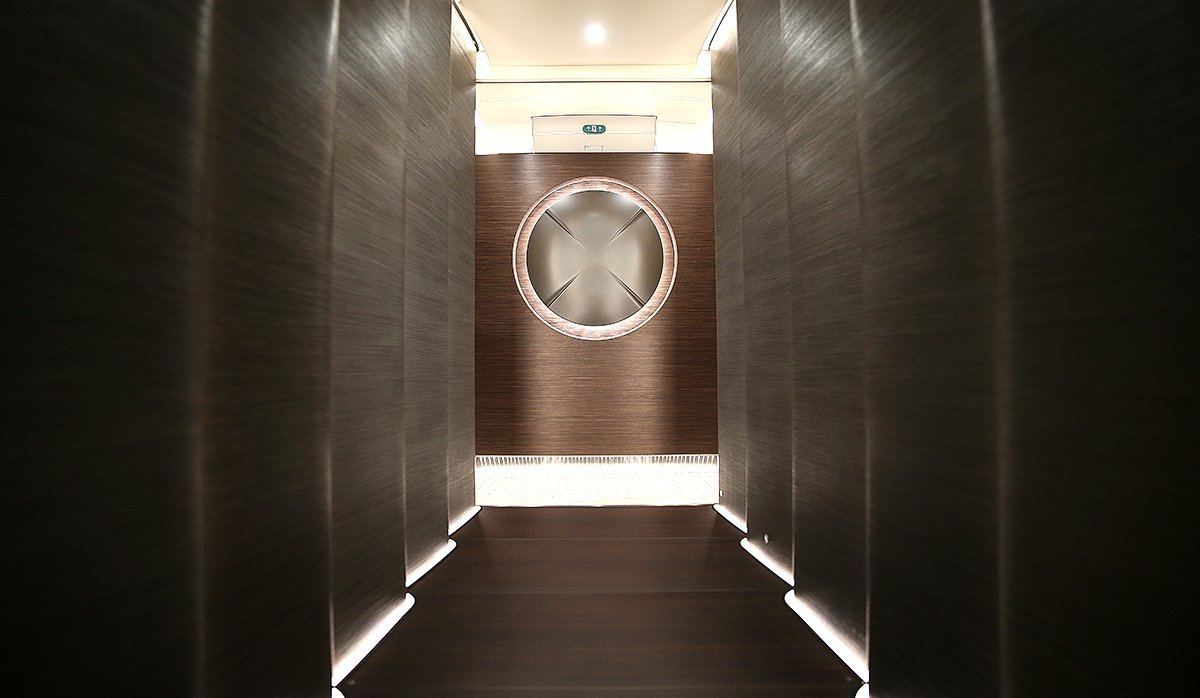 Tablets can be used by passengers to control the lighting, television screens, window blinds, and call flight attendants. 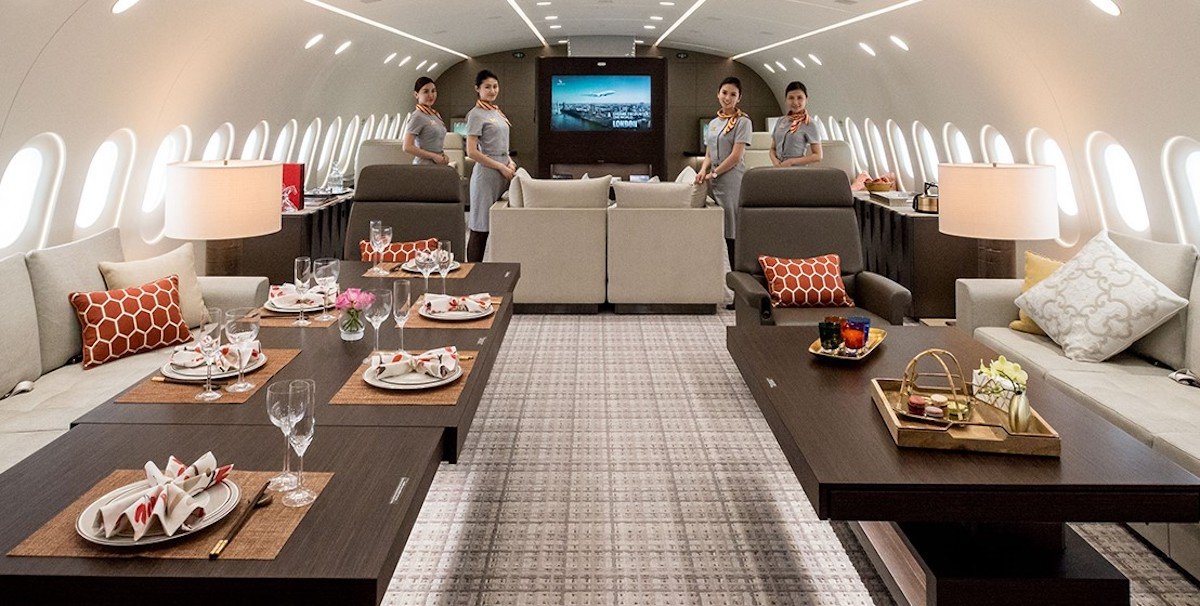 The amenities are very impressive and modern.

There’s a main lounge with sofas and two dining tables that can fit up to 16 people. 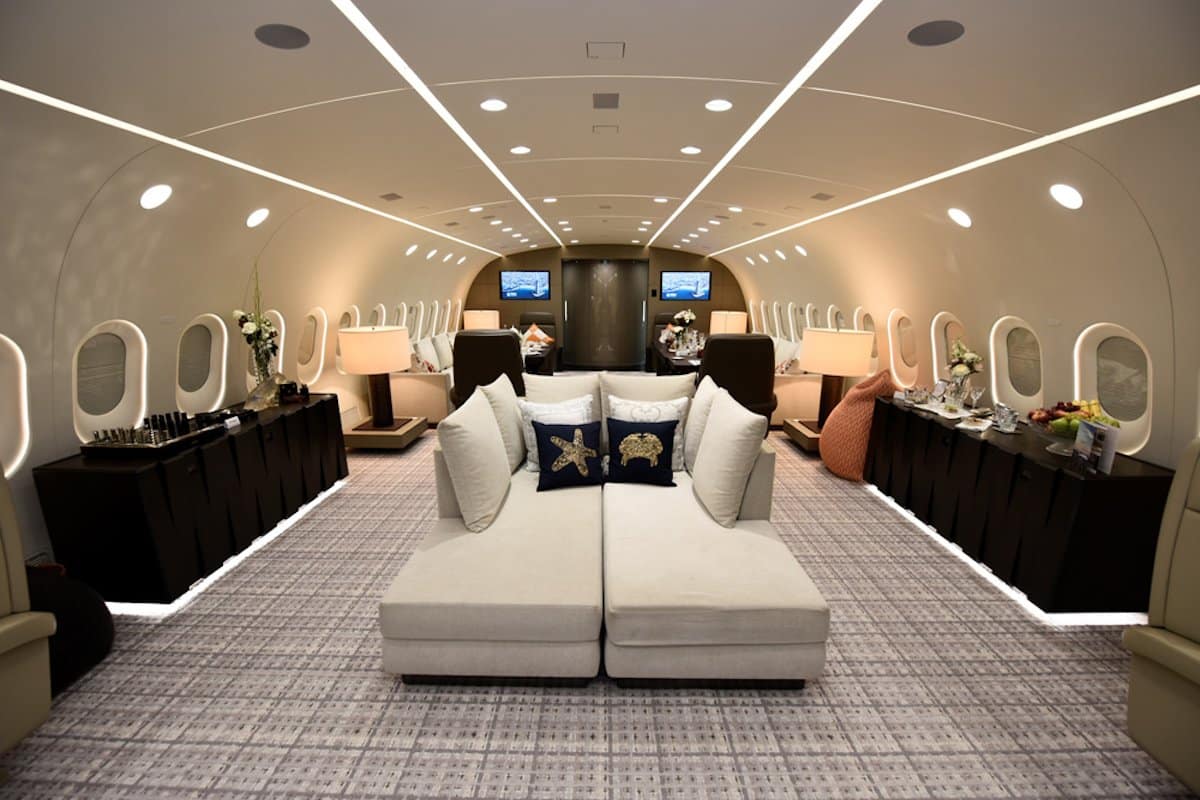 In the middle area is a bed-type sofa that separates into two couches at the press of a button.

There is also a spacious master bedroom with a hidden television and an en-suite bathroom. 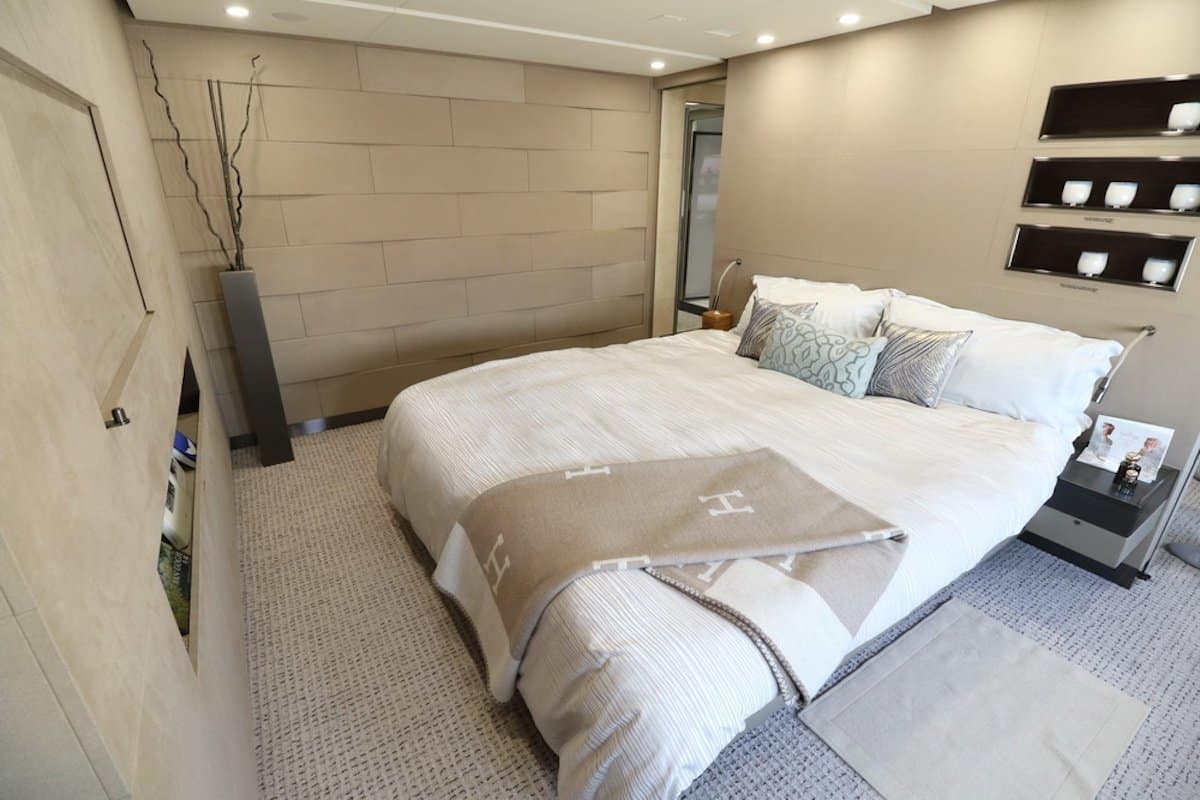 The master washroom features a roomy shower and dual-sink vanity.

Eighteen full flat seats similar to those in Business Class cabins as well as six seats equivalent of Premium Economy seats are located at the rear of the plane. 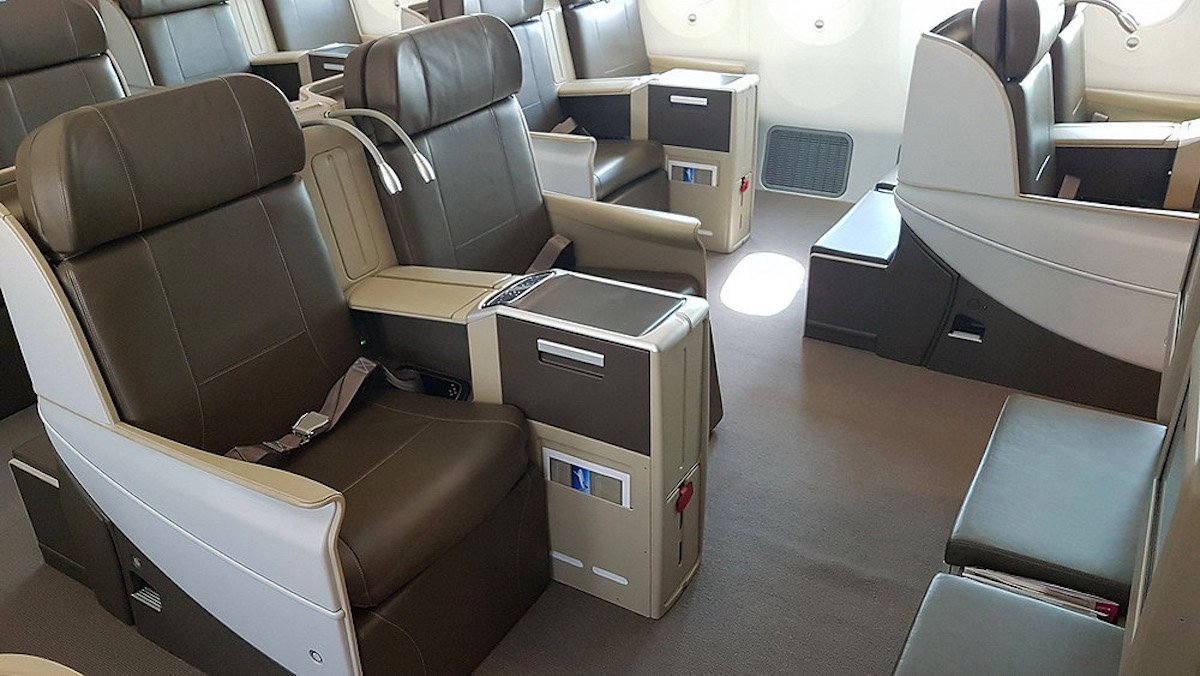 There’s plenty of legroom in this section of the plane.

Take a tour inside the luxurious aircraft:

What do you think of this dreamy private jet? Let us know by leaving a comment below!