You’ve heard of stories of loyal pets returning home after becoming lost, even if home happens to be hundreds of miles away, just to be with their beloved humans.

Here’s a reverse story about a dog who loves his doggie daycare so much, he actually escaped home and walked a whole mile just to be in the facility where he normally spends many happy hours with his other animal friends.

Meet Riley, the dog who ran away from home. 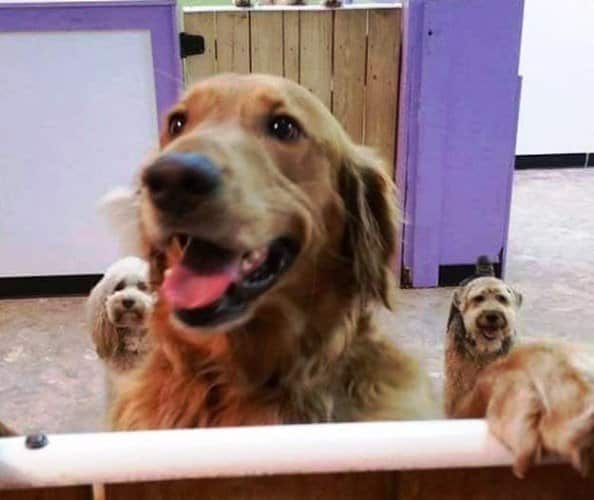 The golden retriever has been going off to his doggie daycare, Happy Dog Cafe Daycare for five years or so, which is roughly his whole life.

It comes as no surprise therefore, that the friendly pooch feels more at home at the animal daycare facility than at the home of his own human.

According to the daycare manager, Riley has developed an affinity for his the staff at the facility, including other animals like cats and dogs.

During one incident, Riley and his owner, Tonia Mosteller, drove past the daycare where the golden retriever spied some of his canine friends taking a walk with some of the staffers.

According to Mosteller, Riley began to whine but she paid no mind to her pet as it wasn’t his schedule to be at the daycare that day. So she dropped him off at her house and put the incident out of her mind.

Less than an hour later, a Happy Dog Cafe Daycare staffer spotted Riley patiently sitting outside the center’s door, waiting for someone to let him in. 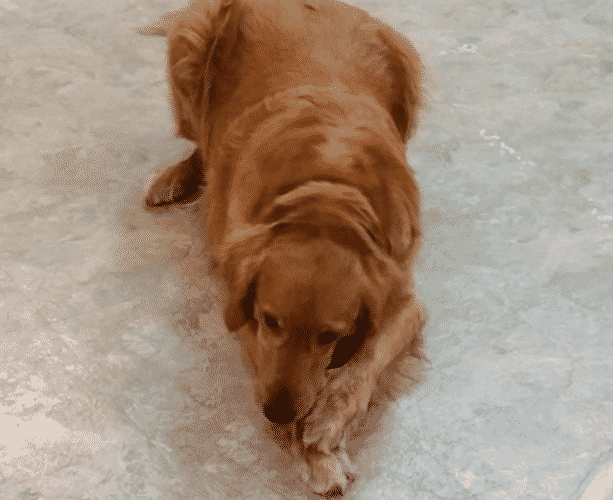 Apparently, he had waited for his human to leave just before making his own way to his favorite place in the world, walking a mile to get there.

The staff immediately informed Mosteller of her dog’s whereabouts, and all were relieved that Riley made it there safely, even without a human with a leash to guide him. 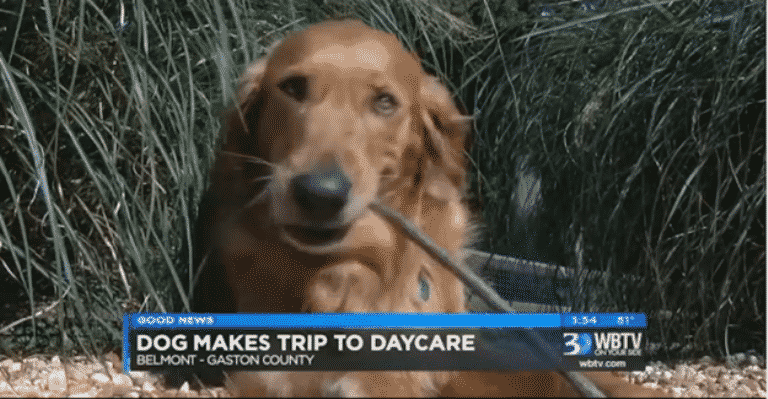 As for Riley, the walk did him none the worse for wear, and he spent the whole day having a blast with his human and animal friends.