Our pets can be extremely possessive. They look at us as their exclusive property and loathe having to share us with anyone else.

Such is the case with this dachshund named Louie who found out to his utter dismay that his beloved Megan had found the love of her life, and it wasn’t him!

Megan and her spoiled, smug Louie during happier times… 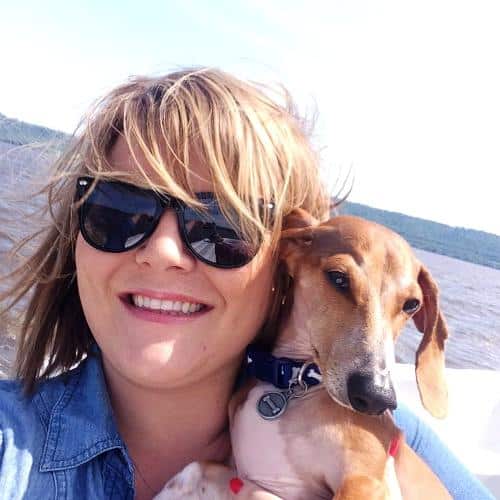 Megan Determan, 27 acquired Louie two years ago as a birthday present for herself and lavished all her love and attention on her beloved pet. Unfortunately for Louie, Megan’s dating life picked up shortly after, and she found romance in the arms of fellow human, Chris Kluthe, eventually becoming engaged to him, much to her pet’s disgust.

Louie post-tantrum, after finding out he had to share his Megan with someone else. 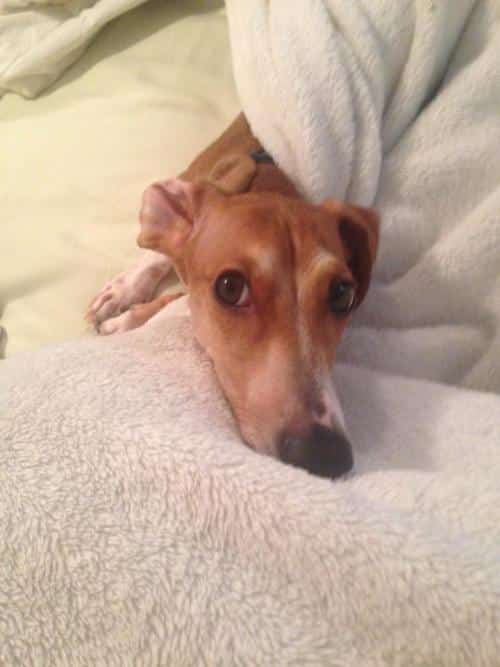 Three weeks ago, Megan and Chris had their official engagement photoshoot and decided to include Louie so the jealous dachshund wouldn’t feel left out in the period leading up to their wedding.

At the site of the shoot in St. Paul, Minnesota, Louie made sure Chris knew who was boss. At every shot, he inserted himself between the couple, ensuring he took up the space to separate Megan and Chris.

Louie: Rrrr-rrrr-rrr! Maybe I should lift one leg and pee all over his disgusting man-fur. 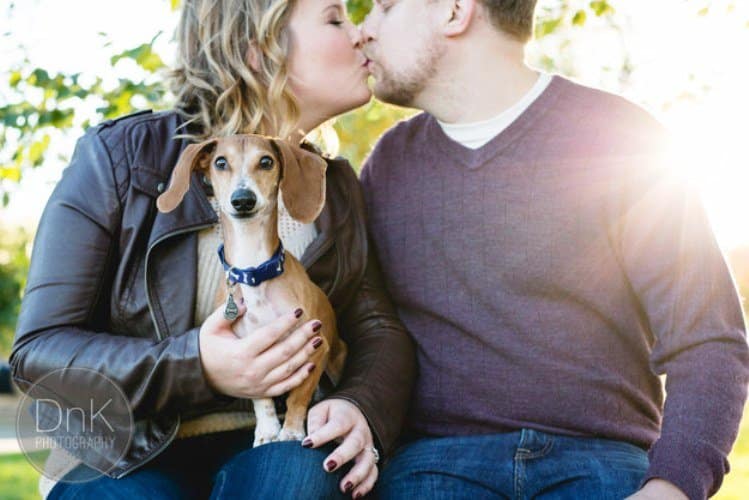 DnK Photography, which handled the photoshoot, was hard pressed to get a single picture of the couple where Louie wasn’t around to spoil it.

Louie: Maybe I should just bite the photographer to cancel this travesty. 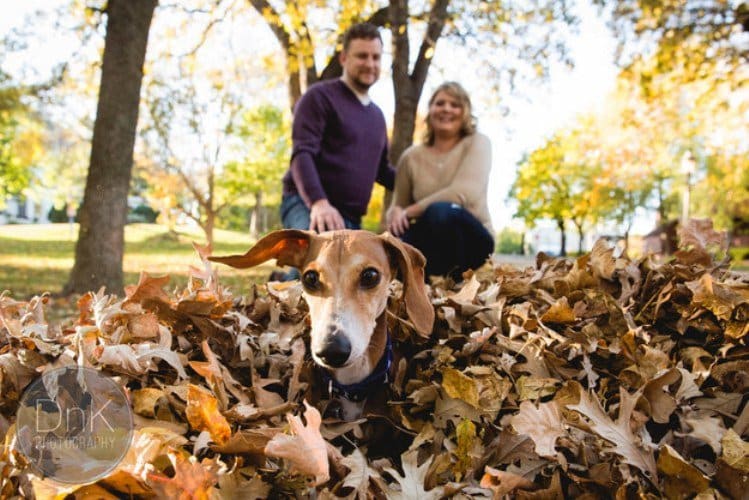 Superimposing himself at the last minute, the dog, with a knowing smirk on his long face, would jump in between the photographer and the subjects, photobombing each portrait perfectly.

Louie knew his tiny sausage body wasn’t large enough to make that big an impact, so the resourceful pup made use of material nature provided…he threw leaves!

Louie: Ha! I got you covered, Chris (pun intended). 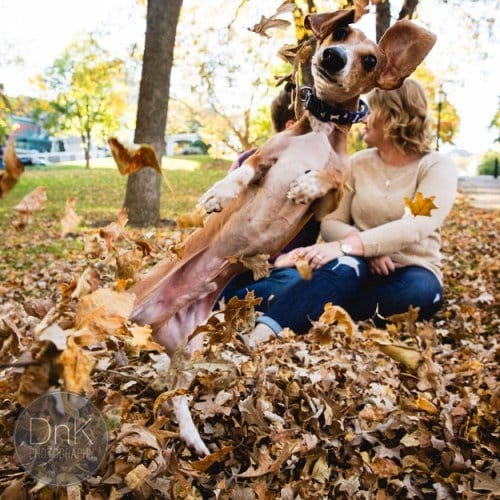 Lots and lots of leaves! 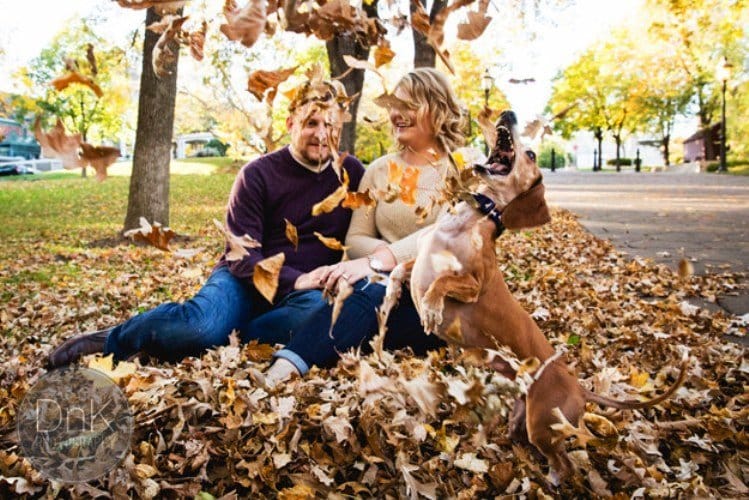 In fact, enough fall foliage flew into the air to obscure Chris’ face in most of the shots, particularly when he and Megan went in for a smooch. 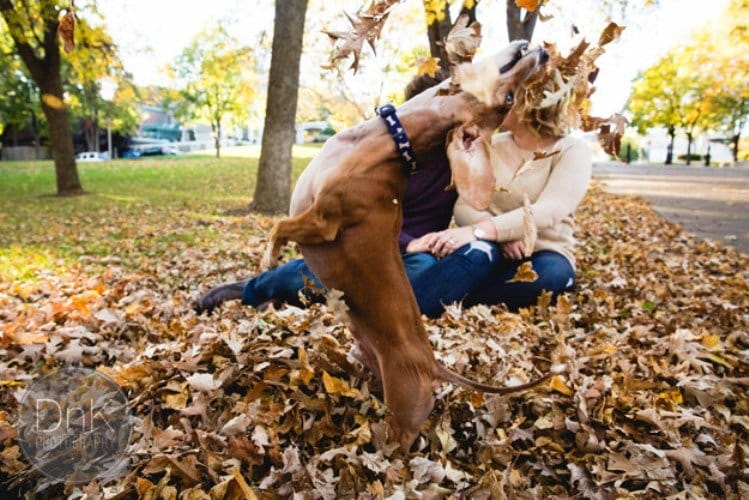 Louie’s face was a study in concentration, and his black button eyes fiercely regarded the photography crew as if challenging them to do something about it. 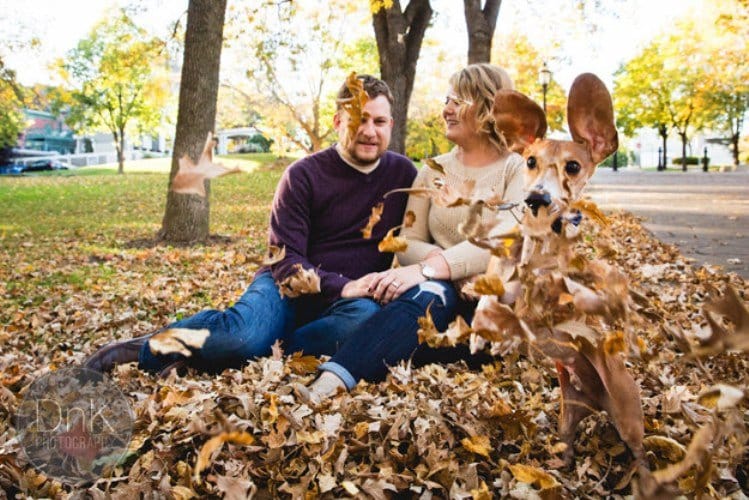 Luckily, Chris was an understanding sort of dude, and he knew he was poaching on someone else’s territory, so he took it all in stride. After all, he was still getting the girl in the end. 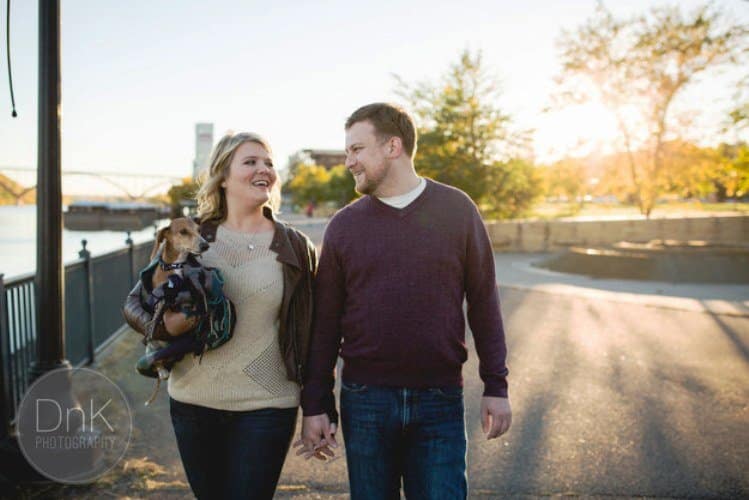 While Megan and Chris have decided not to bring Louie along to the wedding (in case he chimed up when the officiant asked “if anyone knows any reason why these two should not be wed…?”), they will be including some of his photobombed shots to their album, and upsizing one to hang in their living room.

Louie sulking and planning his next move… 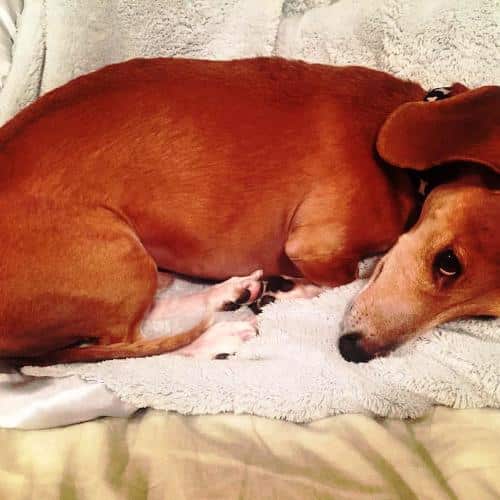