Josh Paler Lin is an internet celebrity who became famous for the pranks and social experiments he posted on his YouTube channel. One of his viral video entitled, “How Does a Homeless Man Spend $100?” garnered more than 36 million views.

Recently, one of his pranks aroused debates among netizens. Josh wanted to prove that people are so quick to judge others based on how they look. This point has been proven and discussed since time immemorial, and all of us have been found guilty one way or another. Let’s admit that at some point and degree, some of us have judged and laughed at other people’s appearances.

In the video, Josh disguised himself as a homeless man. 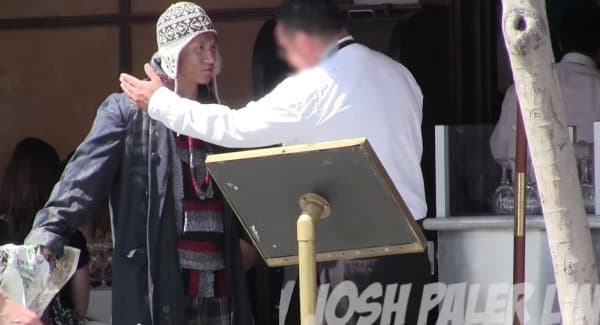 He went to several fancy restaurants and asked if he could dine inside. I think you can guess how it turned out. Josh may have expected how he will be treated too; most of the homeless people he spoke with gave him an idea how they are regarded by society.

Most restaurant staff either refused to let Josh in even though he told them he could pay or directed him to a “cheaper” restaurant around the block. Another man said he could order, but won’t be allowed to dine inside as others might feel uncomfortable to sit next to him.  An hour later, Josh came back and taught them a lesson.

Instead of the cart he was pushing around earlier that day, Josh went back driving a sleek, black Ferrari and asked one of the guys who nonchalantly dismissed him if he recognized him.

The man’s treatment towards him obviously changed. 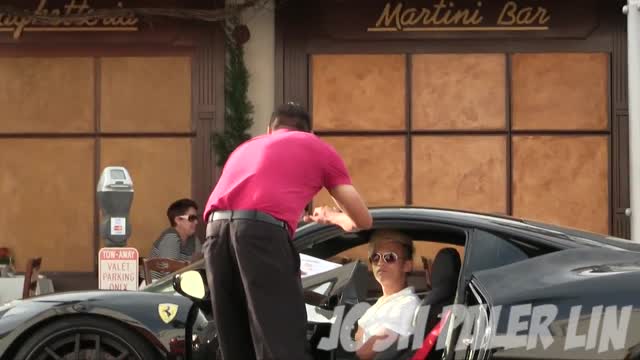 Some netizens defended the employees’ reactions toward the “homeless Josh”, saying that the scenario could be compared to when a dress code is required by an establishment. To be fair, maybe those guys were just doing their job and obeying orders. If you were in their shoes, how would you handle a situation like that?

Sadly, well-dressed and rich-looking people are treated more nicely and are entertained well compared to those who just look plain and ordinary, do you agree?