The world is slowly shrinking into a pinprick of what was once sprawling, open expanses, and with the shrinkage comes the difficulty of finding adequate living space to cope with surviving in the rat race of today’s modern life.

Most metropolitan cities are particularly challenging to live in, especially with homes, apartments, and condominiums becoming rarer commodities by the year.

One designer discovered a miniscule 18th century hole-in-the-wall space that had been abandoned a long time ago, and created an ultra-comfortable dwelling in the middle of bustling Rome.

Can you create a restful home from 75 square feet (7 square meters) of space? 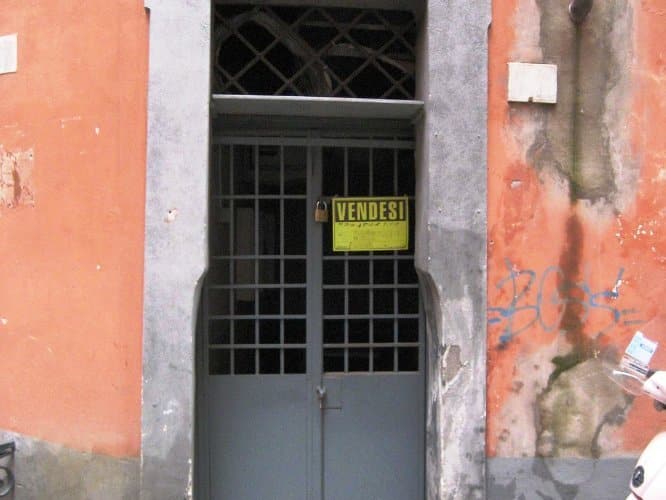 A stone’s throw away from the historic St. Peter’s Square and the Pantheon exists a tiny space that’s little more than an alley fronting centuries’ old narrow cobblestone streets.

Italian architect and designer, Marco Pierazzi purchased the diminutive dwelling in 2010 and set about making a charming, modern, and comfortable home that can be best described with the photos of the completed project:

The micro foyer opens into a view of the staircase 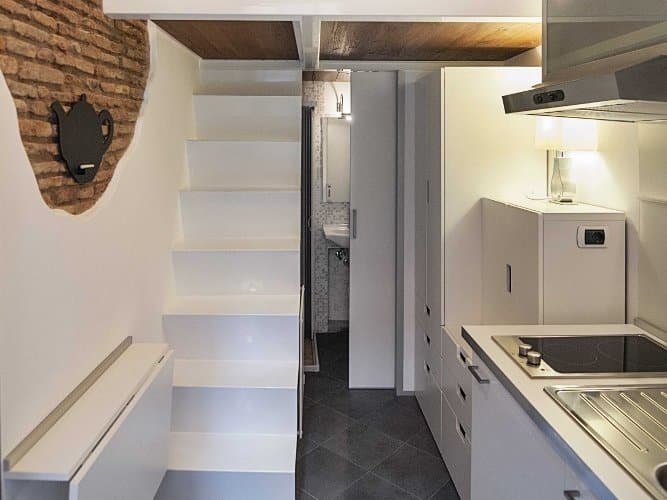 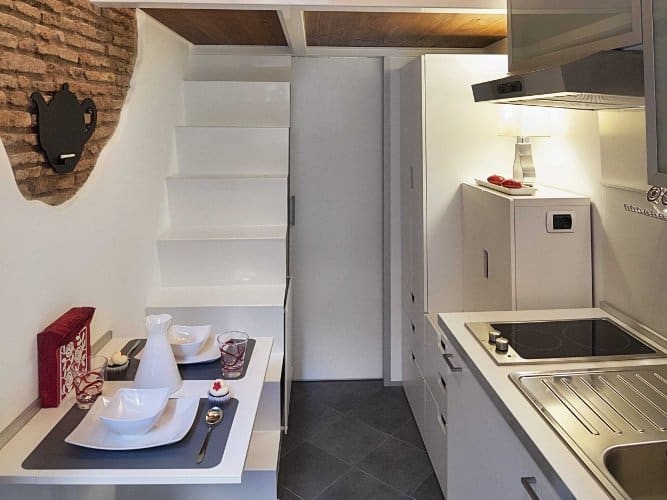 …opposite a surprisingly roomy kitchen. 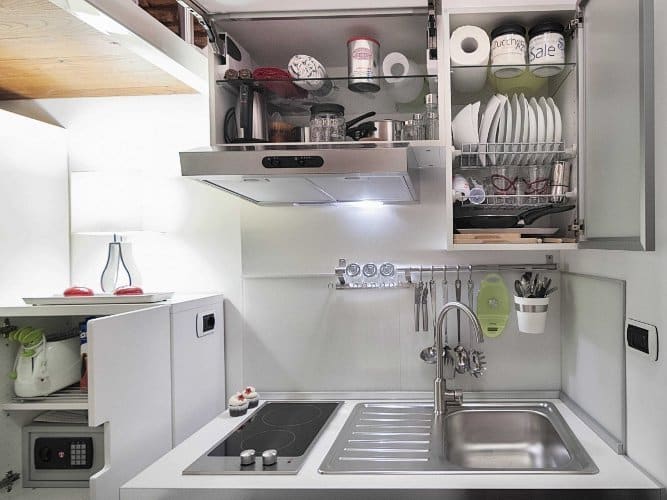 The bathroom and shower lie at the end of the hallway… 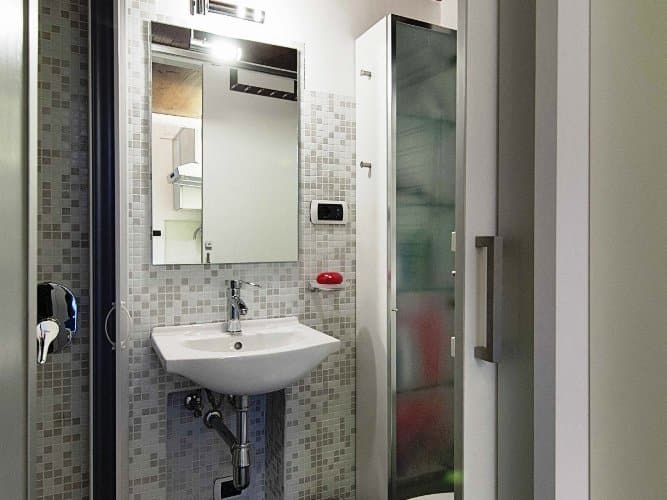 …and upstairs is a versatile sofa… 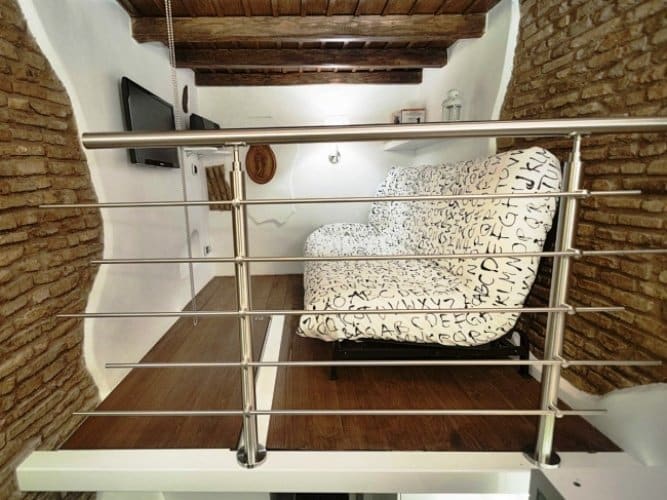 …which opens into a bed for the night. 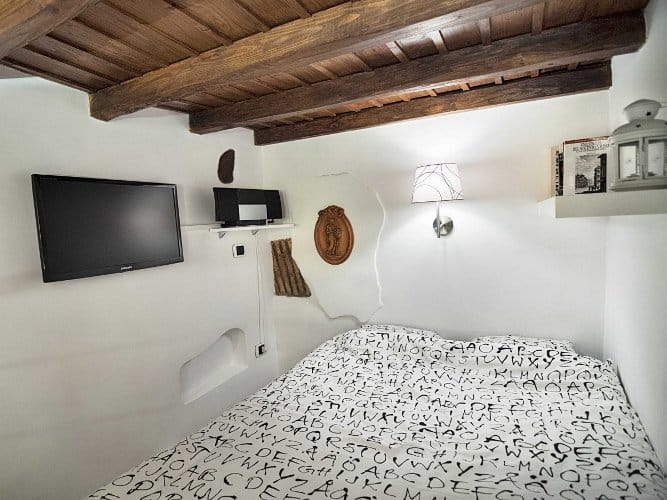 The amazing view from upstairs featuring the clean and uncluttered design. 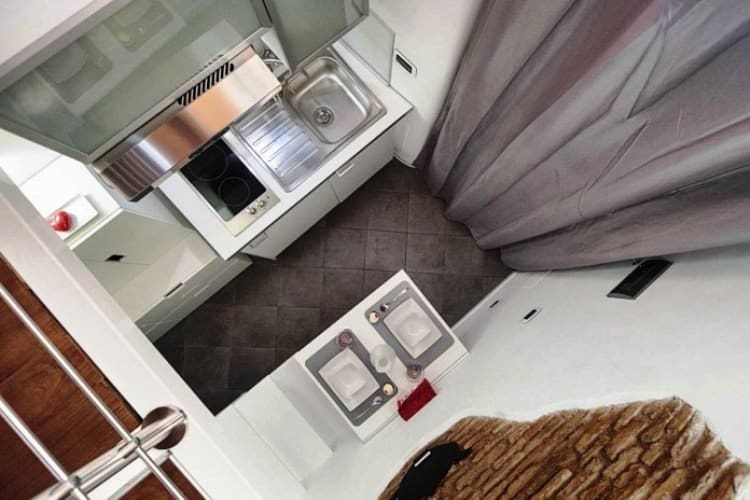 Which just goes to show that an open mind, and endless creativity and imagination can net you something out of practically nothing.