There is little doubt that Southern American cuisine is in a league of its own. After all, Soul food is deeply connected to a darker side of American history when slavery was still rampant in the country. Nevertheless, these dark times brought forth some of the best Southern dishes today.

Soul food is closely associated with cuisine from the Deep South, which includes Georgia, Alabama, South Carolina, Mississippi, and Louisiana. These states are known for producing delicious Southern food that is famous around the world. Here are 12 yummy dishes that are considered the best Soul food. 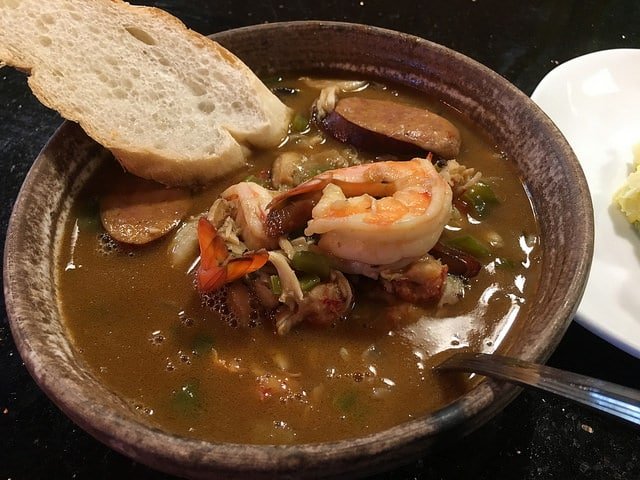 Let’s start off with Louisiana’s official state cuisine. Gumbo is usually made with a strong, roux-based broth, meat, shellfish, and the Holy Trinity of Cajun cooking (celery, bell peppers, and onions). The stew is then thickened with okra or filé powder, which is dried and ground sassafras leaves. 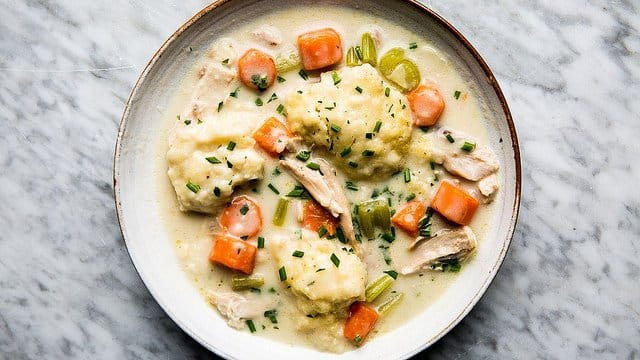 It’s a simple dish comprised of chicken and biscuit dough boiled in broth but it is an amazing comfort food in many states. Although people insist that chicken and dumplings came from the South, it is also believed to be a French Canadian meal that originated during the Great Depression. 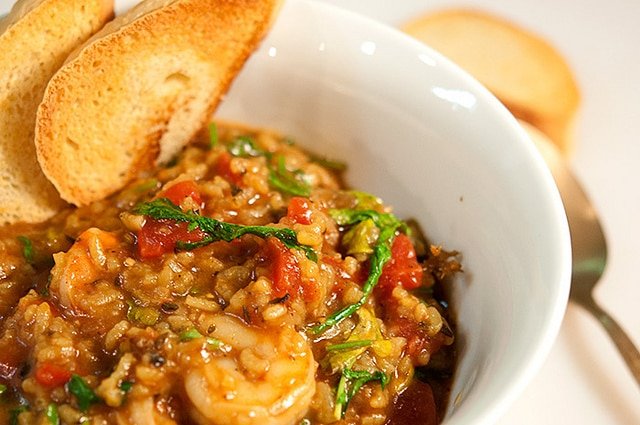 Imagine a paella with Creole flavors. That’s how some people describe jambalaya, which has meat and vegetables mixed in rice. The big difference is the presence of the Cajun Holy Trinity of celery, green bell peppers, and onions.

Hushpuppies are small, savory, deep-fried balls made from cornmeal-based batter usually served as a side dish. Although they go well with any fried seafood, Southerners say that hushpuppies are best consumed with a plate of deep-fried catfish. This is Southern America’s answer to England’s fish and chips. 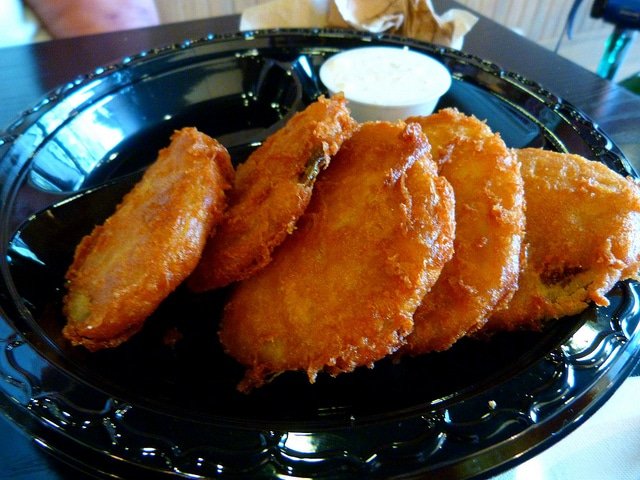 This particular dish was made even more popular by the 1991 film starring Kathy Bates, Jessica Tandy, Mary Stuart Masterson, and Mary-Louise Parker. Fried green tomatoes, or FGT, are sliced tomatoes covered in cornmeal coating and pan-fried to perfection. It’s one of those dishes that can be eaten for a full meal or a quick snack. 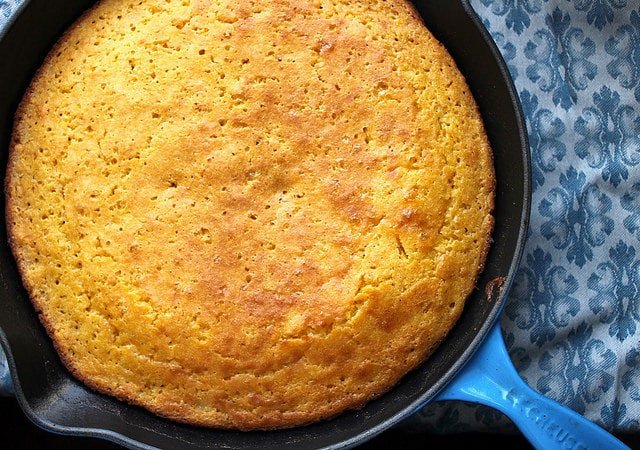 A Southern meal simply isn’t complete without some cornbread. Typically fried or baked in a cast-iron skillet, cornbread is a quick mix of cornmeal and baking powder. Enjoy it with some black-eyed peas, beans, or greens. You can also try crumbling the cornbread into a glass of buttermilk and eat it up with a spoon. Yum, indeed! 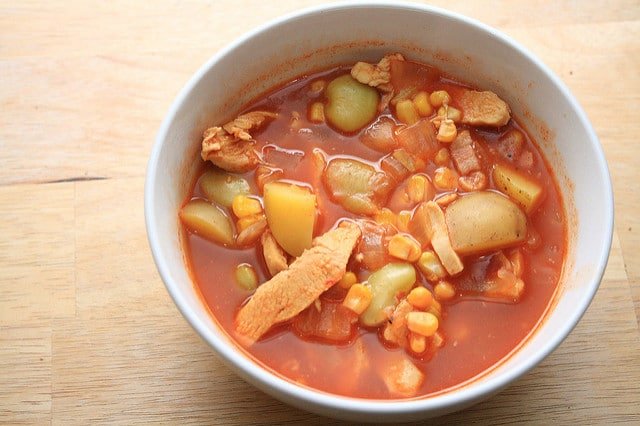 This hearty dish is made up of tomatoes, lima or butter beans, corn, okra, other vegetables, and meat. Although pork or rabbit have been used, typical Brunswick stews are now made with chicken. 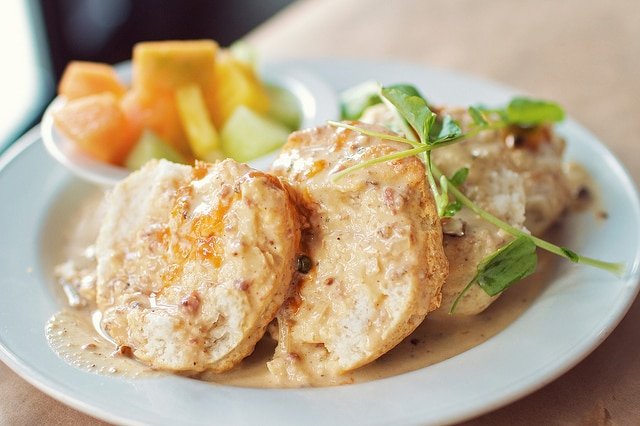 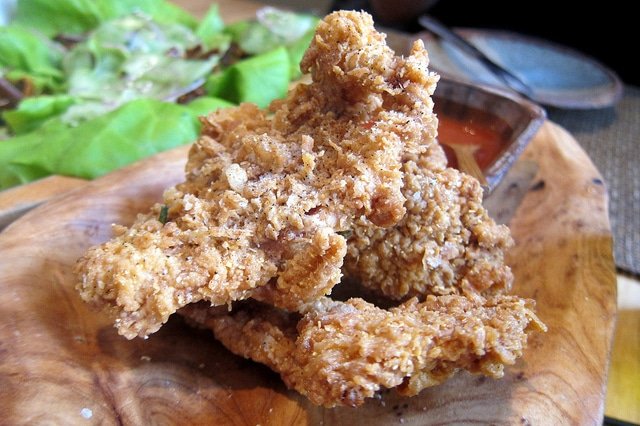 You can’t create a list of Southern dishes without fried chicken.

There are several recipes for this Southern staple but they all have one thing in common. The chicken should be tender with the breading adding a crisp coating or crust to the skin. 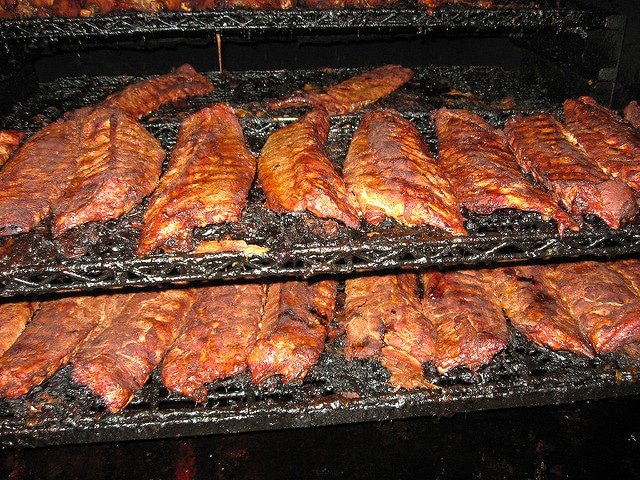 Parties in the South are just never complete without a good barbeque. Although most would argue that barbeques are common across the US, Southerners believe they perfected the method of making a truly succulent meal from barbequed pork. 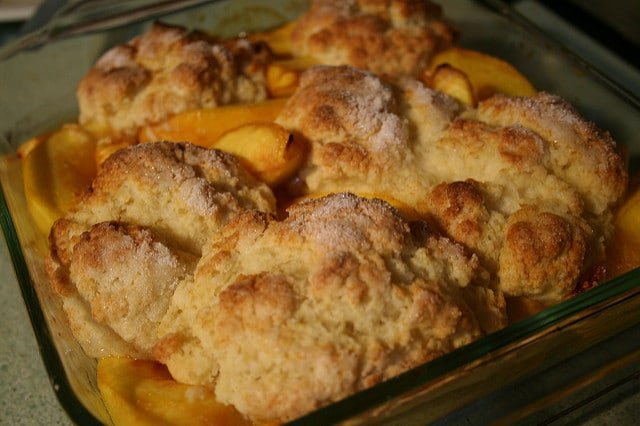 We need dessert, don’t we? One of the best ways to end a Southern meal is with a peach cobbler, although you might also enjoy blackberry or blueberry. Top it off with a scoop or two of vanilla ice cream and you’re good to go.

Who could say no to a slice of pecan pie? The delicious mix of pecan nuts and brown sugar in a flaky crust is made even more irresistible by a scoop of ice cream.