New York has its new rich kids from the block as a generous Manhattan millionaire shared a resounding amount to the most unexpected circle of favorites after dying from a fall.

The 85-year-old businessman and owner of the 20-room apartment on Fifth Avenue featuring luxurious items including an emperor’s rug from Beijing’s Forbidden Palace, left a hefty amount to two of his New York favorite food servers in the popular Donohue’s Steak House on Lexington Avenue near East 64th Street. Although clueless on the complete names, the will specifically referred the recipients of $50,000 each to be “Maureen at Donohue’s” and “Maureen-at-Donohue’s Niece Maureen” of which among its distinguished diners include Bruce Springsteen and Tom Hanks.

Robert Ellsworth was known as the “King of Ming” because he was a leading authority on furniture from the Ming dynasty. 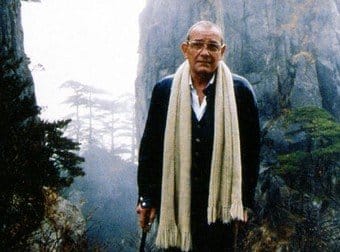 Donohue employee Juan Carlos Padiloa recalled Ellsworth of always leaving a 20% tip to every typical order of either a grilled cheese with bacon for lunch (usually $60 that will then shoot up to $80) or a sirloin steak for dinner (worth $125 that will typically increase to $220).

“I just couldn’t believe it. I didn’t expect anything. I had known him for 53 years — my entire life”, said 53-year-old Maureen Donohue-Peters. Meanwhile, another recipient named Maureen Barrie, 28, described Ellsworth as a wonderful man and a dear friend.

Maureen Donohue-Peters was referred to in Robert Ellsworth’s will as “Maureen at Donohue’s”.

Being the leading furniture authority from the Ming dynasty, the “King of Ming” was reported to leave at least an estimated $200 million overall. With no one else to shower his pennies with, his personal chef (also his friend over 40 years) also reportedly took home $10 million, jewelry, real estate and a dog.

Meanwhile, his famous thresholds of collective art and furniture will be awarded to New York University, Harvard University, Yale University and the Metropolitan Museum of Art.