Playing dress-ups isn’t a typical thing we see on a father and daughter duo. A dad in California though breaks the trend as he himself creates adorable shots with his 9-month-old baby girl. With matching suits and costumes for a hilarious photo set-up, this tandem is quick to catch attention online as they come up with themes that could squeeze a giggle out of any looker.

The 36-year-old Sholom Ber Solomon of California spends his spare time bonding with his baby girl Zoe. While we usually see mothers dressing their babies to boast online, this dad goes beyond proud of his kid and dresses her up all by himself. 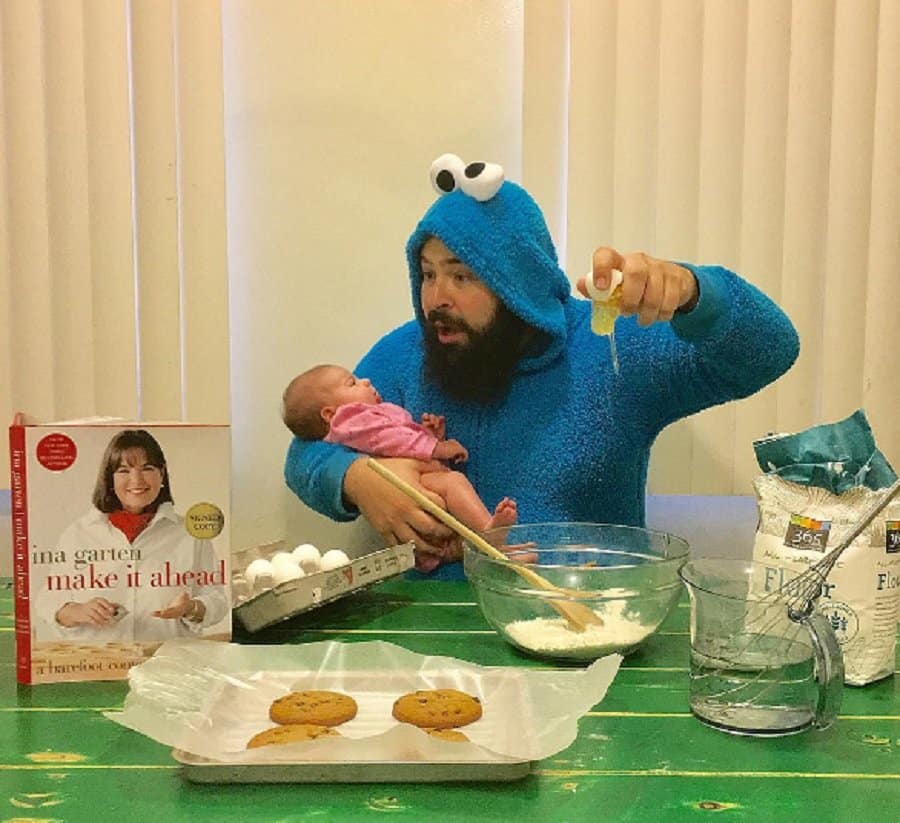 Apparently, Sholom started a hobby of putting on some silly outfits long before he had baby Zoe. But now that he’s blessed with a potential partner-in-crime, he is not letting the chance slip and adds Zoe into his funny act. 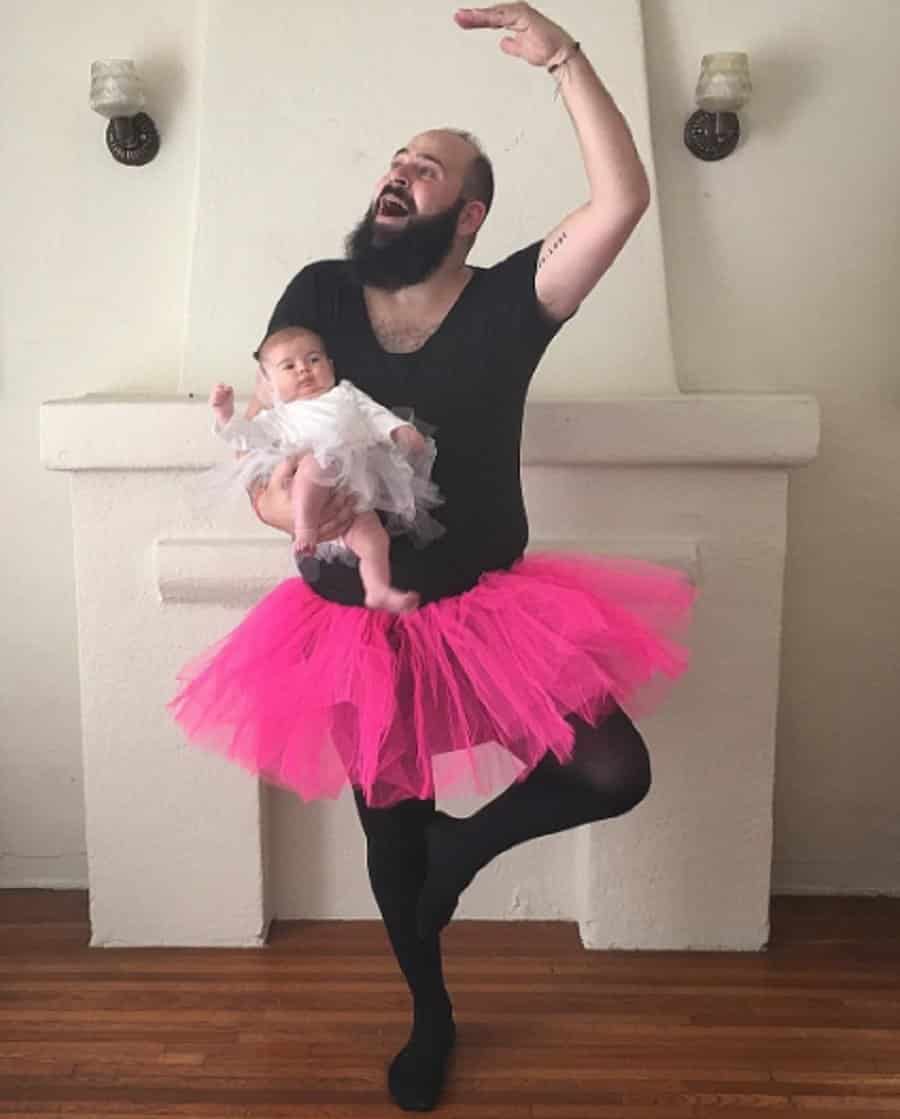 Sholom puts Zoe into a ballerina outfit which matches his. Sometimes plants her in a clay pot while covered by a flower costume. Or he turns her into a dwarf while he tends to the garden. Furthermore, he even shoots her in a bucket of KFC as she rocks a chicken head gear.

The duo enjoying their bubble bath. 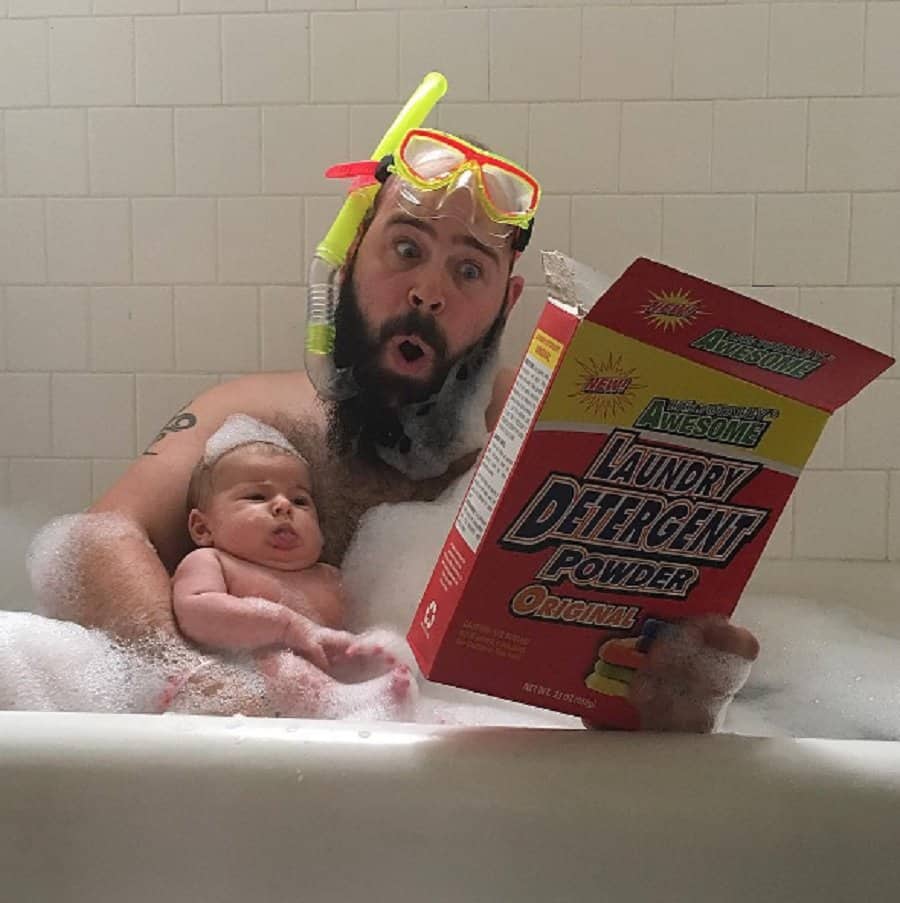 This dad totally has it when it comes to creativity and our adorable Zoe can do nothing but give in to Sholom Ber‘s ideas. This baby knows how to play along too and delivers facial expressions that make the scene look more convincing.

In an interview, Sholom said:

“I plan to take photos with her as long as she will let me.”

The duo obviously enjoys their photoshoot as seen in Sholom’s posts. The innocence of Zoe in the pictures easily captured the hearts of their followers and now they have thousands and thousands of likers on Facebook and Instagram. The story of their quite unique father and daughter time is already at a widespread and social media users just can’t get enough of their funny posts.

Check out some of their other photos below:

Sholom and Zoe doing some gardening. 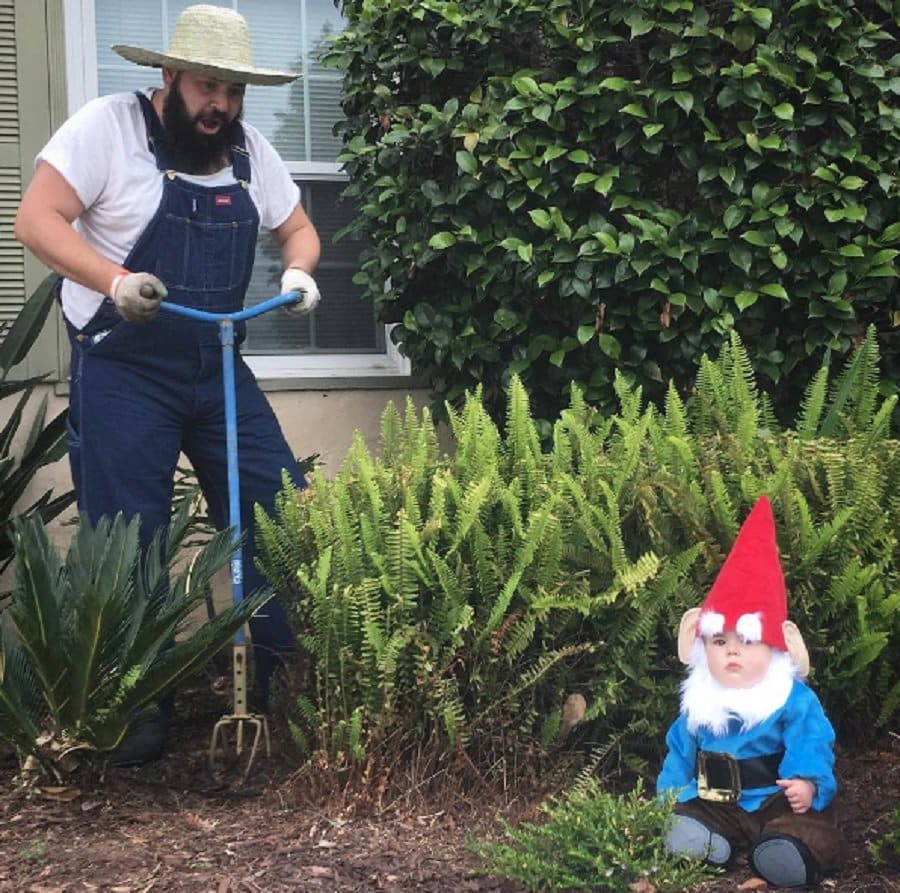 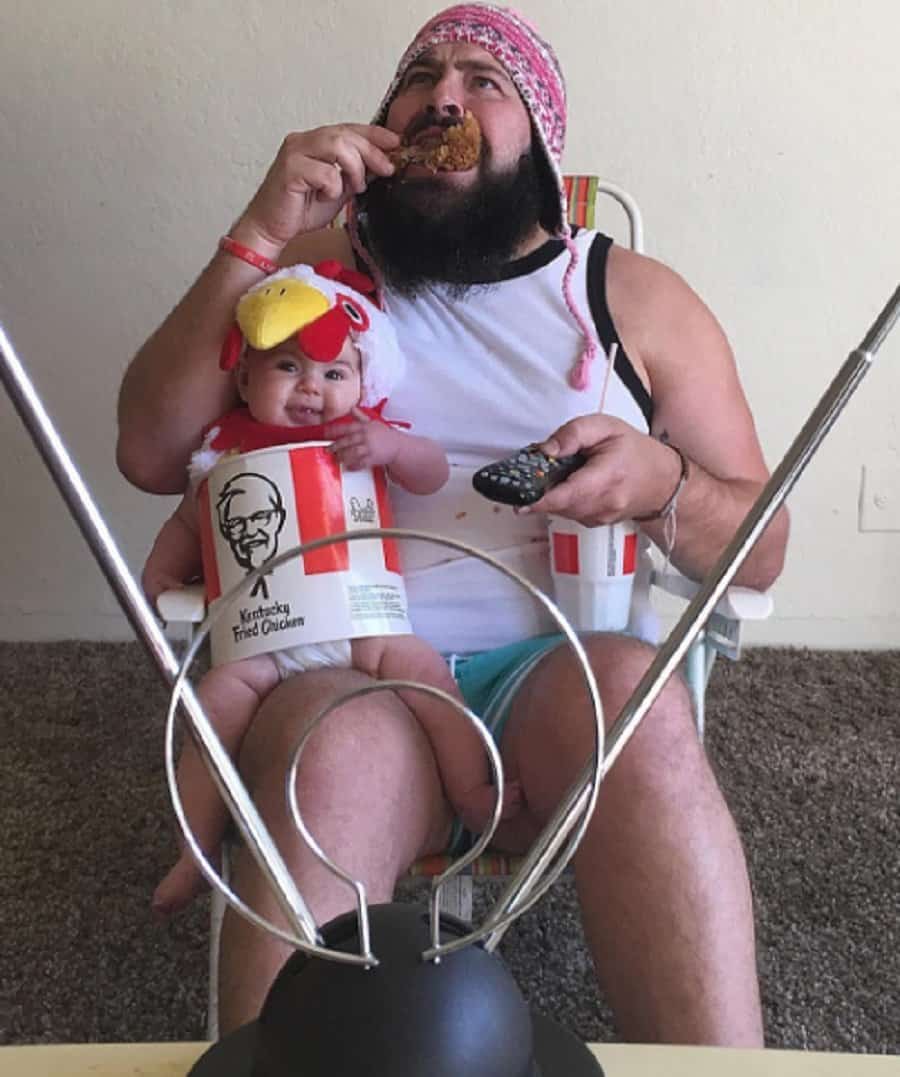 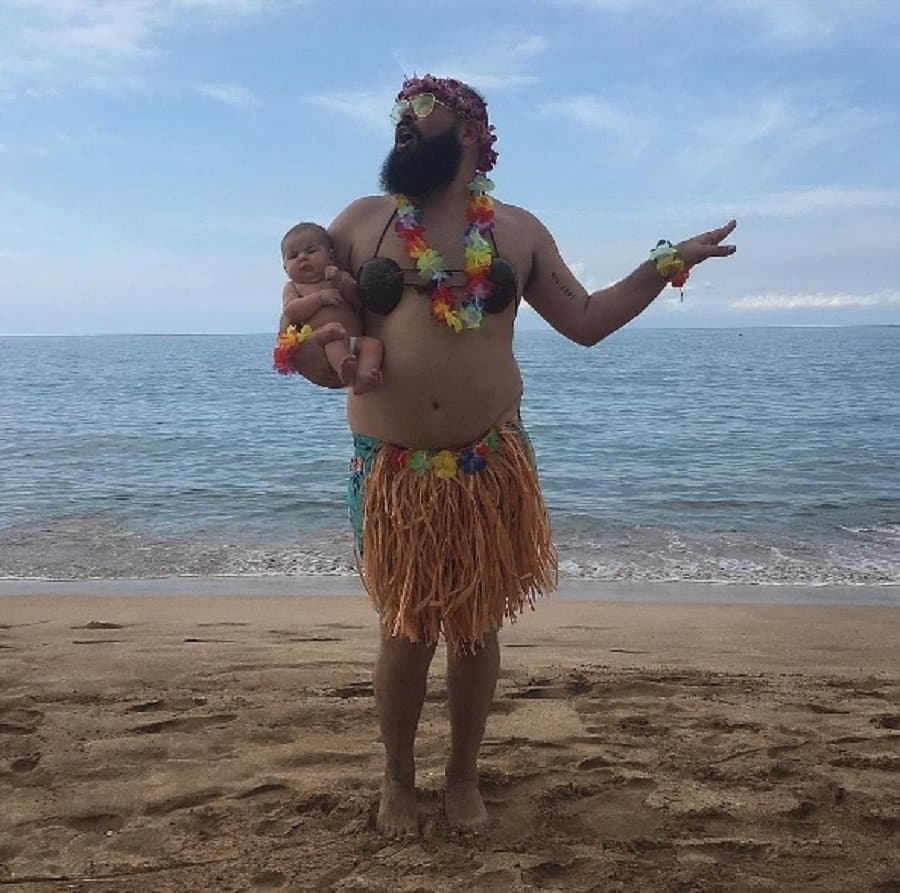