Chinese authorities are now on the hunt for a man who took a dying dolphin from the beach, threw it over his back, put it in his car and drove off. The tourist in his swimwear was filmed casually walking away from the beach with the innocent creature hanging over his shoulder.

Witnesses say that the man found the beached sea animal but didn’t help it get back into the water, according to marine patrol. Instead, the man picked the dolphin up and carried it away from the waters.

Beachgoers were shocked to see the tourist toss the poor dolphin over his shoulder. 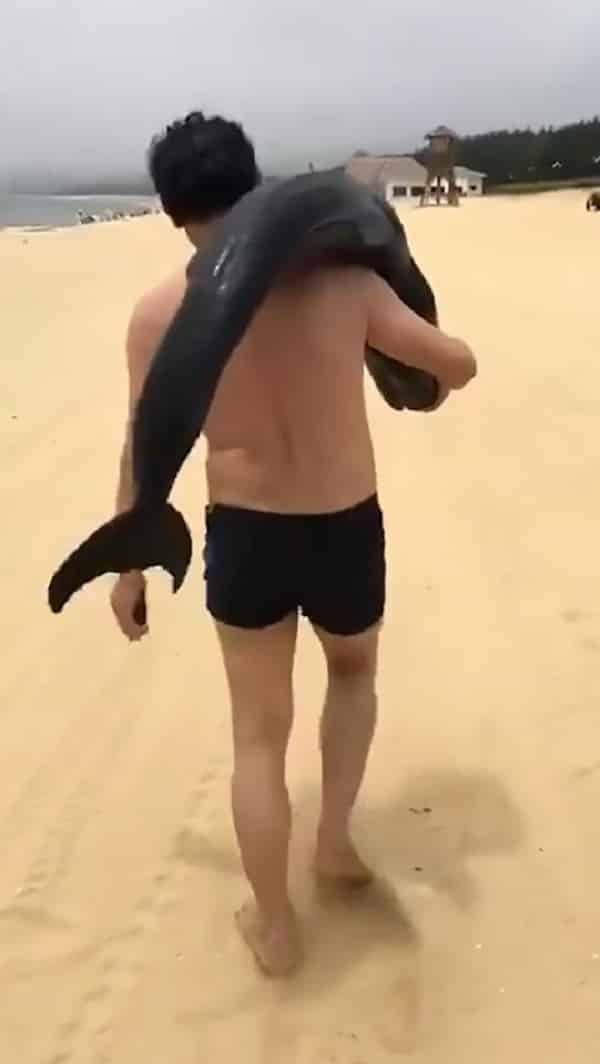 Reports stated the incident happened on May 1 in Hailing Island in Guangdong Province, China. 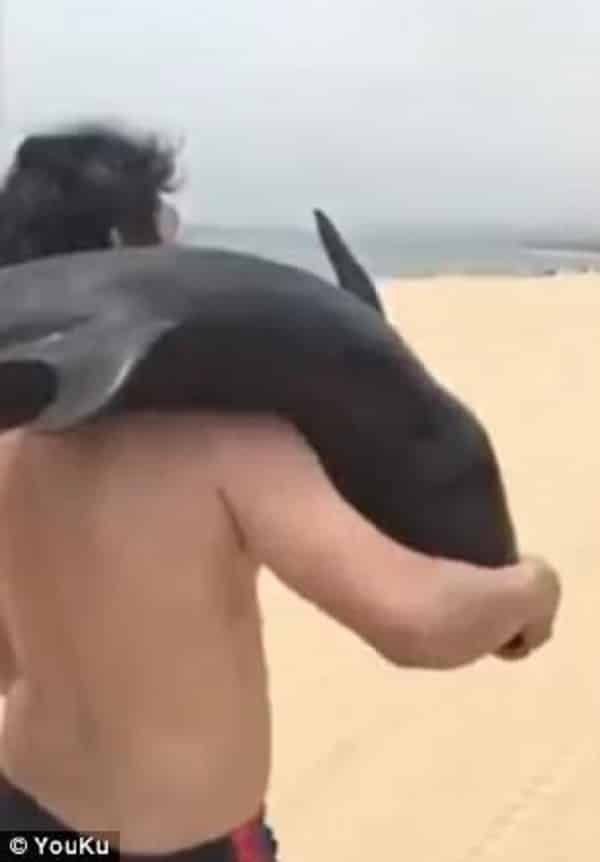 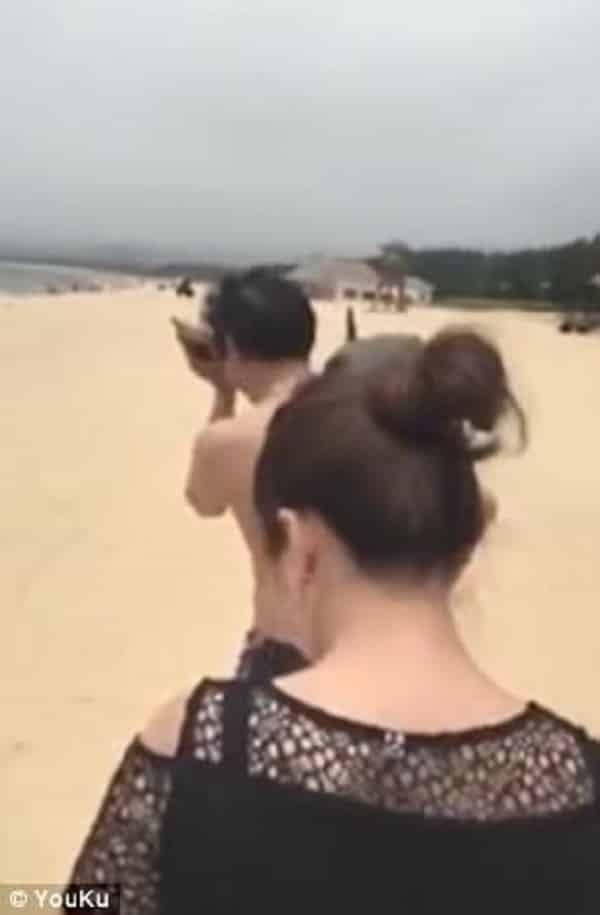 A security guard working near the beach told the investigation team that the ‘dolphin’ was dead and covered in wounds when it was being found on the beach.

A person in the video can be heard saying, "It's a dolphin." 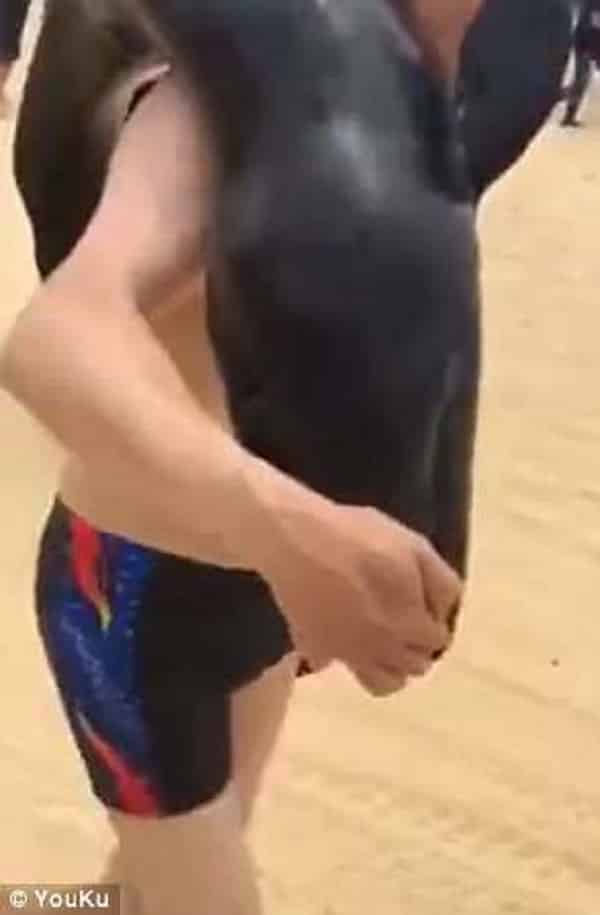 Good thing a footage of the incident was available to help identify the heartless man. 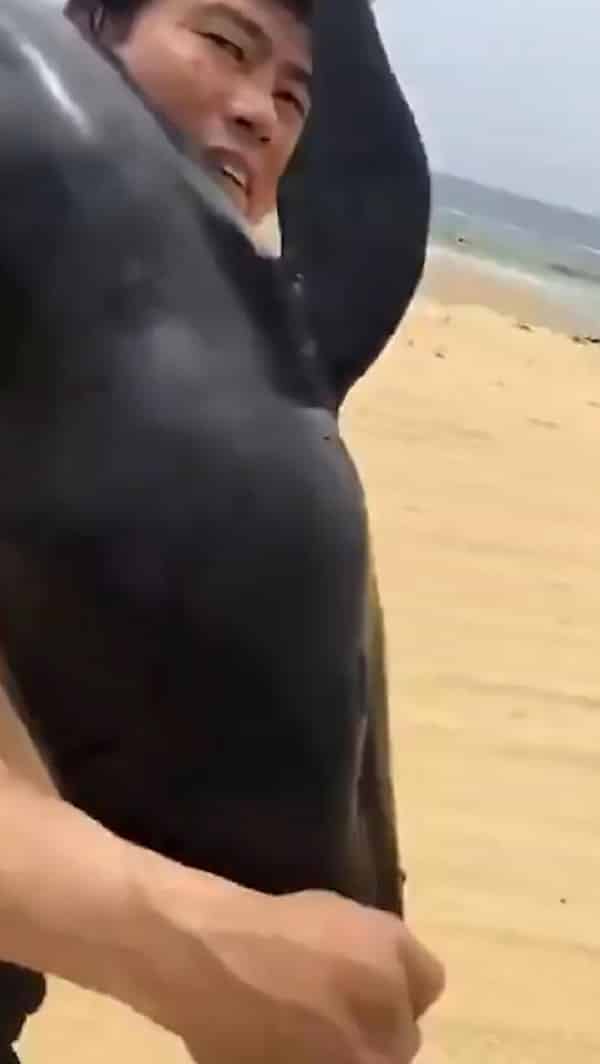 Police said that locals reported seeing the beached dolphin and it appeared that the animal was in distress and about to die. Local residents complained to authorities and that’s when the Guangdong Provincial Fisheries stepped in to investigate the matter.

On the other hand, one security guard who was working in the area told investigators that the creature was wounded and already dead when it was found. Locals saw the dolphin but then the unidentified tourist just took it away, the guard said.

Viewers were enraged by what they saw in the video. One person wrote that the man might cook the dolphin and eat it. It remains to be seen why the tourist took away the animal and drove away with it. Whether or not it was really dead when it was found beached, the country’s Law of Wildlife Protection states that citizens are not allowed to hunt and kill the protected species. They are also not allowed to sell the animal or keep them, even if found dead.