Hammerhead sharks are fascinating creatures because of the unique shape of their heads. It is also listed as a protected species, so when you see one being abused by people, it’s easy to feel furious and appalled.

Netizens were enraged after a video of a hammerhead shark brought to land and obviously struggling without water made the rounds on social media. The sickening incident happened in Currimao, Ilocos Norte in the Philippines, a Provincial Fisheries Regulatory Officer has confirmed.

This wounded hammerhead shark ended up on the street in Ilocos Norte, Philippines. 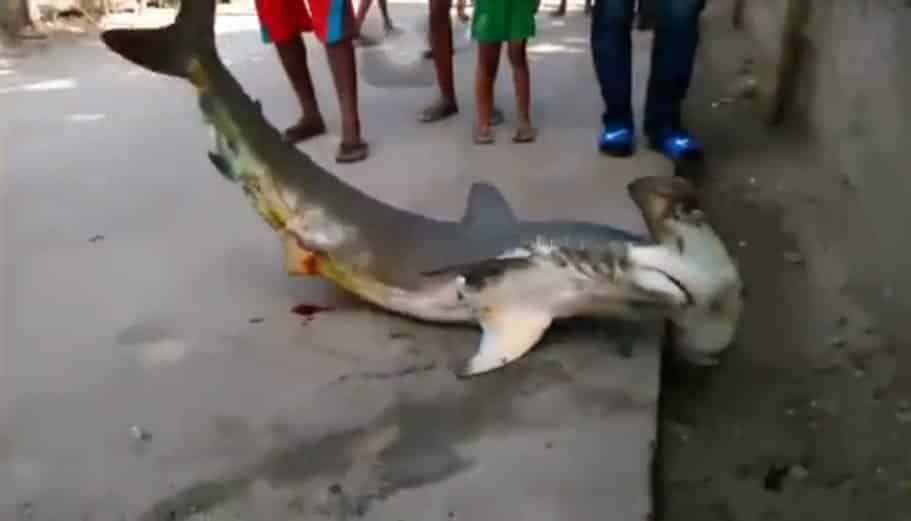 Onlookers just stood by watching as the shark was struggling. 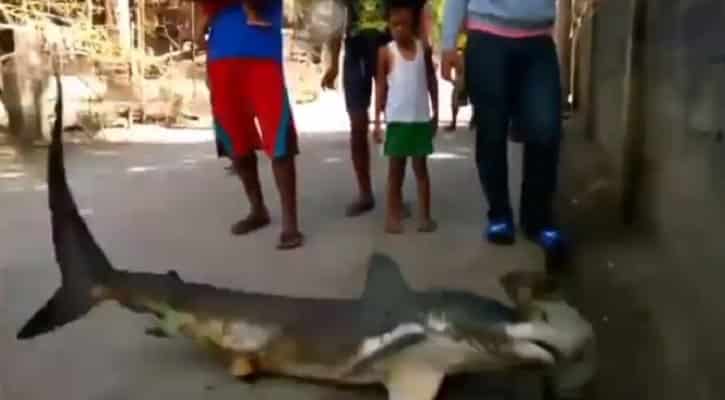 What's more appalling is the moment this guy kicked the creature to see if it was still alive.

GMA News reported that residents in the area caught the vulnerable shark and brought it on land. Onlookers were calmly looking at the poor sea creature. Another person, the one who took the video, was seen kicking the shark to check if it’s still breathing. After the abuse, the shark eventually died.

The video was uploaded to the Facebook Page Movement Against Plastic Pollution and was shared numerous times. The footage serves as a reminder for people that it’s a crime to abuse vulnerable animals like the hammerhead sharks. It turns out that the creature is one of Philippines’ highly protected species. The page laid out the penalties for anyone who’s found guilty of harming or killing hammerhead sharks.

Upon a summary finding of administrative liability, the Department shall penalize the offender with a fine equivalent to three (3) times the value of the species or Three hundred thousand pesos (P300,000.00) to Three million pesos (P3,000,000.00), whichever is higher, and forfeiture of the species.

Upon conviction by a court of law, the offender shall be punished by imprisonment of five (5) to eight (8) years and a fine equivalent to twice the administrative fine and forfeiture of the species.

The video has since been deleted from the Facebook page but not before others had the chance to secure a copy. It is believed that the people in the video may not know about this creature and got curious about it. But we know how that saying goes, “Ignorance of the law excuses no one.”

Reports have it that the Department of Environment and Natural Resources is currently looking into this matter.