We’ve always known that marine life and plastic do not go together and so it’s always heartbreaking when we hear stories such as this one. Back in February, reports have told us of a young, male sperm whale that was washed ashore in southern Spain. Now authorities have finally pinpointed the animal’s cause of death.

According to regional officers, autopsy showed that the whale has ingested 29 kilograms of waste such as plastic bags, nets, ropes, sacks, and a plastic can, among others. The waste were all found in the creature’s intestines and stomach.

The male sperm whale died because of abdomen inflammation due to plastic ingestion. 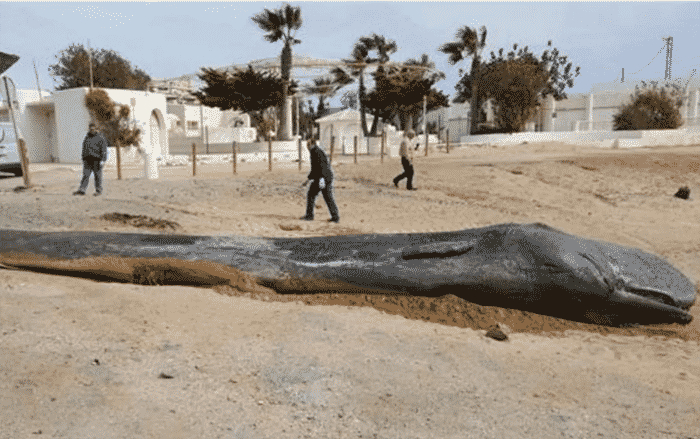 El Valle Wildlife Rescue representatives confirmed this and said that it was possibly the result of ingesting a huge amount of plastic.

In an interview with the Telegraph, Consuelo Rosauro, director-general for natural environment of the Murcian government, said:

“Many animals get trapped in the rubbish or ingest great quantities of plastic which end up causing their death.”

The tragic fact, of course, is that this isn’t even the first time that a whale died because of plastic ingestion.

In 2016, 13 sperm whales were found beached on Schelswig-Holstein, Germany and it was discovered that they were full of plastic debris and car parts.

Some of the plastic found inside the sperm whale’s body. 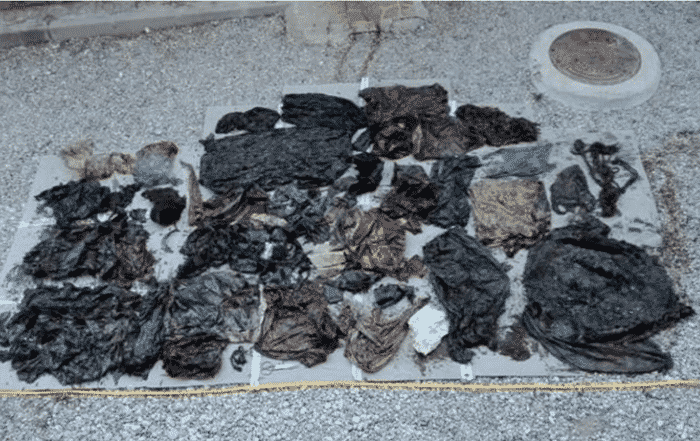 Marine plastic pollution remains to be one of the biggest environmental problems in our time. As a HelpSaveNature article tells us:

“Cheap and quick production, durability and usefulness in a number of applications make plastic a desired material for creating objects. But its durability is what makes plastic so dangerous to the environment…

“The chemical make-up of plastic makes it highly resistant to the degrading forces of nature. A plastic bag can remain for at least 10-15 years or even longer… So when a plastic bottle is dumped into the ocean, it can sink to the bottom and remain on the ocean’s floor for eons all together.”