It’s amazing how people go great lengths for a loved one. For the most part, no one does it better than our parents. Their love is enduring, selfless and unconditional. They are always willing to make sacrifices for us and most importantly, they accept and embrace us despite our imperfections.

Another ‘super dad’ from New Zealand is currently melting hearts of people across the world. Alistair Campbell has a 6-year-old daughter Charlotte who suffers hearing impairement. Charlotte had her first cochlear implant when she was 4 years old and just had another one put in recently at Gillies Hospital.

To make sure that Charlotte wouldn’t feel different, Alistair had his own cochlear implant tattooed on the left side of his shaved head. 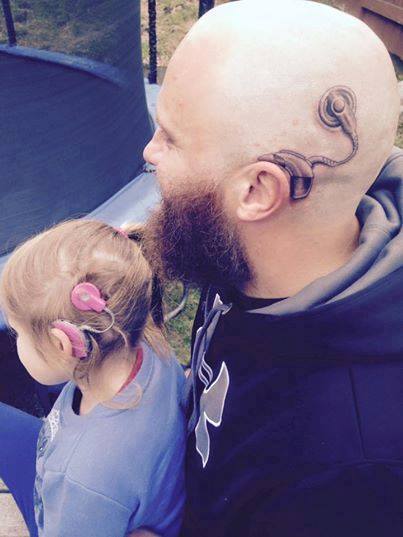 This is also his way of showing support and ‘feeling a little bit of pain for Charlotte.’ He said he will let his hair grow back but will shave it off again for his  beloved daughter. Such a sweet dad!

When New Zealand Herald asked what made him do it, Alistair was straight to the point. He simply replied:

“My love for her really.”

Charlotte’s condition started with only a mild hearing impairment to being diagnosed as profoundly deaf in her left ear. 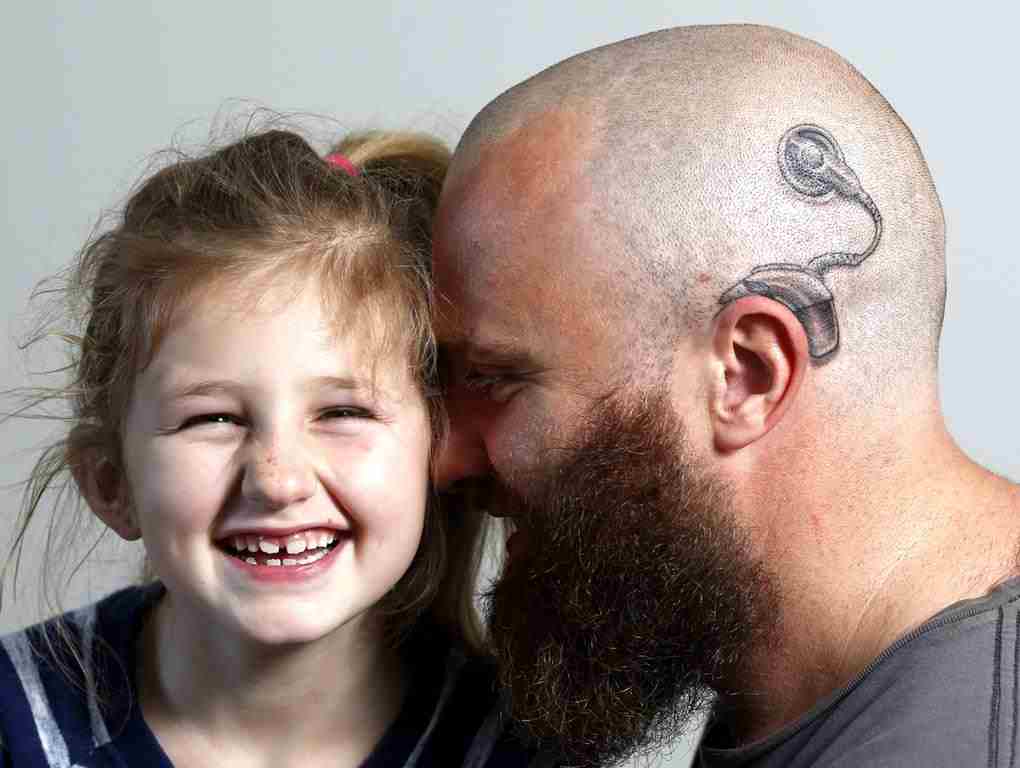 This is a condition that limits the ability to transmit sound to her brain in her right ear. Apparently, this news  is not so surprising to the family especially to her mother Anita who also had a cochlear implant while her brother Lewis wears hearing aids too. Seeing the positive change in Charlotte’s behavior, she says the implants are working well for her daughter.

“She wouldn’t talk to anybody to pretty much a social butterfly.”

Mary Jane Boland, the Hearing House fundraising and communications manager, said that after the second implant, Charlotte can now ‘do all the things hearing kids can and live a normal life just like the rest.’

Meanwhile, when Charlotte first saw her father’s tattoo, all she said was, ‘cool.’

It seems everyone feels the same way about it too because after their photo was shared online, it rapidly went viral.

“Wow. Respect! Getting through it together with his daughter” .

Well, we can’t help but agree. Alistair is such a loving dad indeed. Way to, go Super Dad! 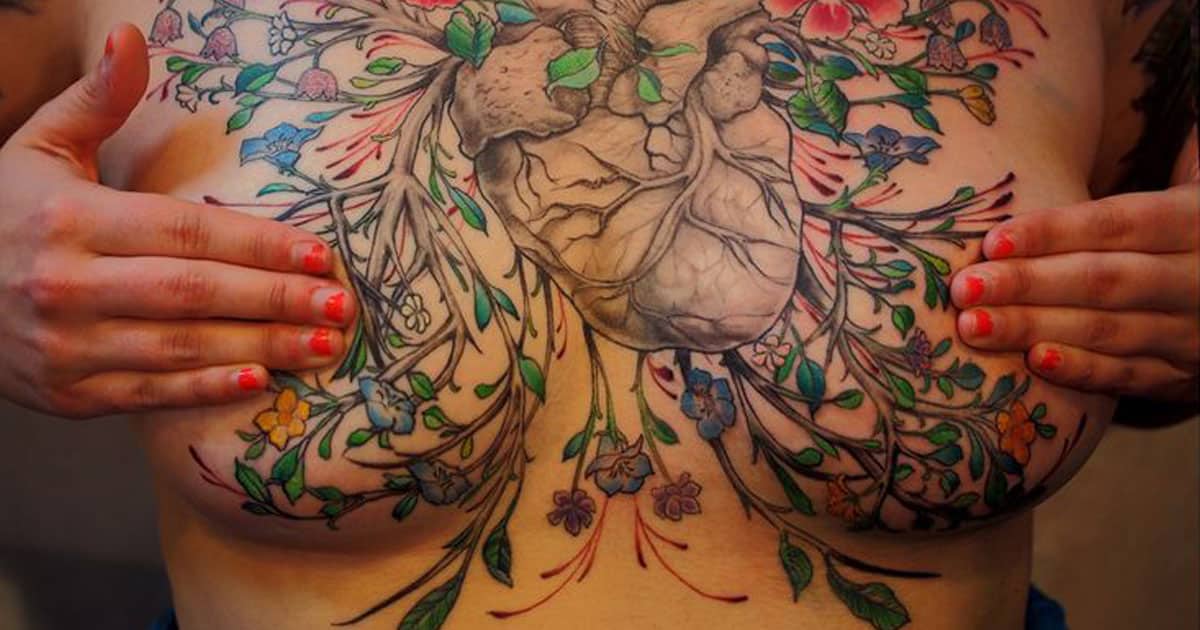