Do you believe in ghosts or supernatural beings? This new footage might just persuade you to do so.

We have often heard about haunted buildings and supernatural stories revolving around old infrastructures. One example of an old building is the Deerpark school in Cork, Ireland, which was built in the 19th century.

The school released a scary CCTV clip which has captured a terrifying ghostly encounter. 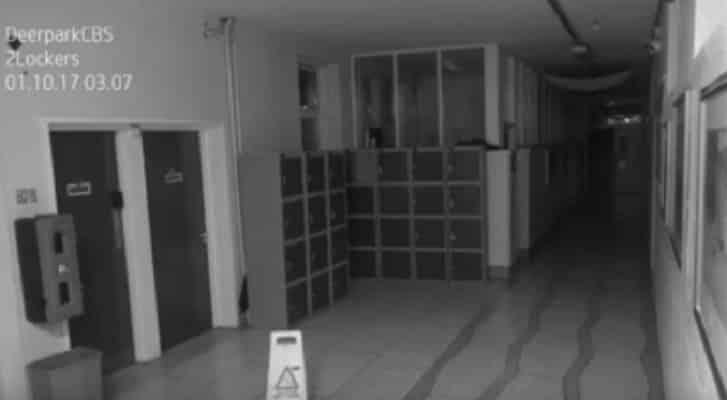 The video shows that deep into the night, supernatural events started to happen, from the banging of doors, flickering of the lights, lockers opening and items being thrown.

Reports say that ghosts are blamed for a series of unexplained disturbances at the school, which was built in 1828. However, the chilling footage shows that the lights were flickering behind the door at the corridor and the door began opening and closing of its own accord.

There was a huge banging of a door as if someone entered a room.

Then after a few minutes, the supernatural occurrences started, with the locker cabinet tilting as if it's going to fall. 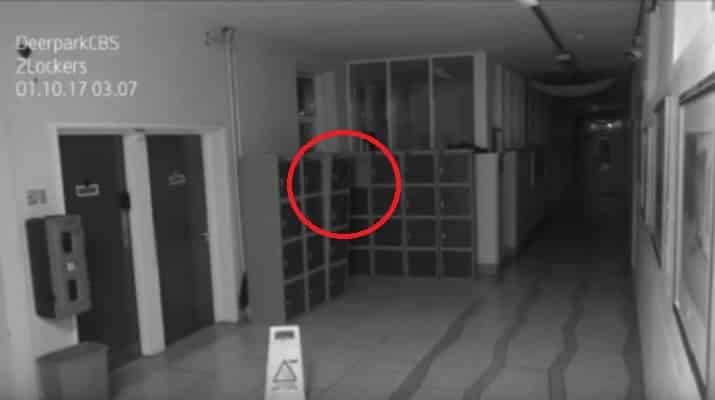 The things started to get really mysterious when a locker door abruptly opened by itself with all its contents scattered on the floor. 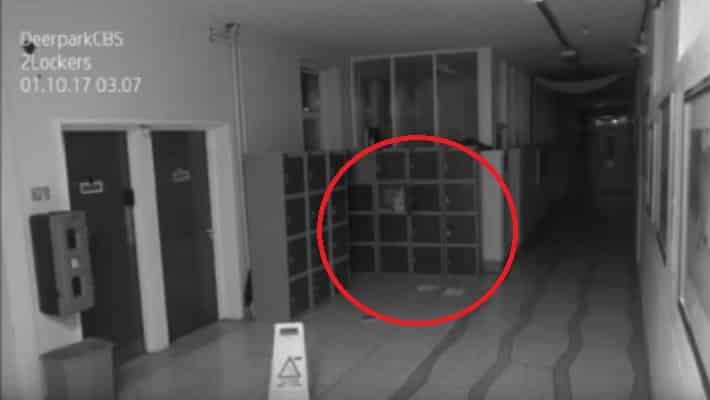 At one point, the “caution wet floor” sign is thrown violently in the hallways, as if it was kicked.

Watch the terrifying video below:

The principal of the school, Kevin Barry, said:

“Obviously we were alerted to movement in the school and when we went back to review the movement that’s what we saw. It was in the middle of the night. We’re bemused ourselves, we don’t know [what it is].”

“We do feel there is something strange going on because people do get from time to time a real chill in the air when they go past that area. It’s very interesting – one of my teachers brings his pet in with him but the pet never wants to go down that way.”

What do you think of the video? Share your thoughts in the comments section below.