A 28-year-old cyclist tragically died after a careless taxi driver opened his car door knocking the former off her scooter into the path of oncoming bus.

A horrifying video of the incident that occurred in Qidong city, Jiangsu province in China shows the driver of the parked cab absentmindedly opened his door into traffic causing the untimely death of the cyclist.

As a result of the driver’s careless action, the cyclist lands on the road and immediately has her head crushed under the wheel of an oncoming bus. The woman suffered fatal injuries and was later pronounced dead on the spot.

A driver’s carelessness caused the untimely death of a female cyclist in Qidong city, Jiangsu province in China. 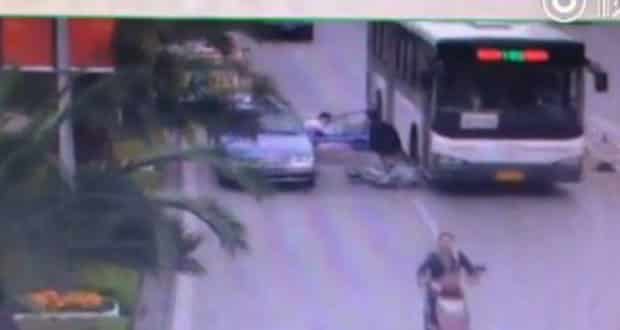 A separate footage captured by a bystander using his mobile phone shows the wake of the incident as people remove the victim’s body from the scene.

The 28-year-old victim suffered fatal injuries and died on the scene. 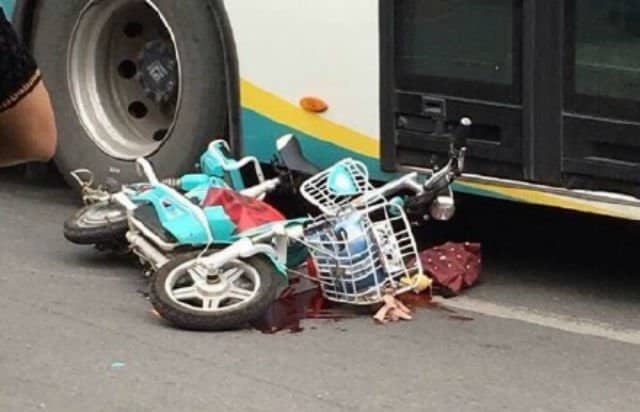 This is how the accident happened: