A student from the University of Cambridge recently made headlines after taunting a freezing homeless man by attempting to burn a £20 note in front of him. A footage of the said incident was uploaded online and it drew numerous criticisms from the public.

The student was eventually identified as Ronald Coyne, a distant relative of Scottish First Minister Nicola Sturgeon and a member of the Cambridge University Conservative Association (CUCA). He was eventually expelled from the group after the video was seen by other students as it spread on Snapchat.

According to reports, Cambridge student Ronald Coyne was drunk when he pulled off the stunt but people are having none of his excuse. 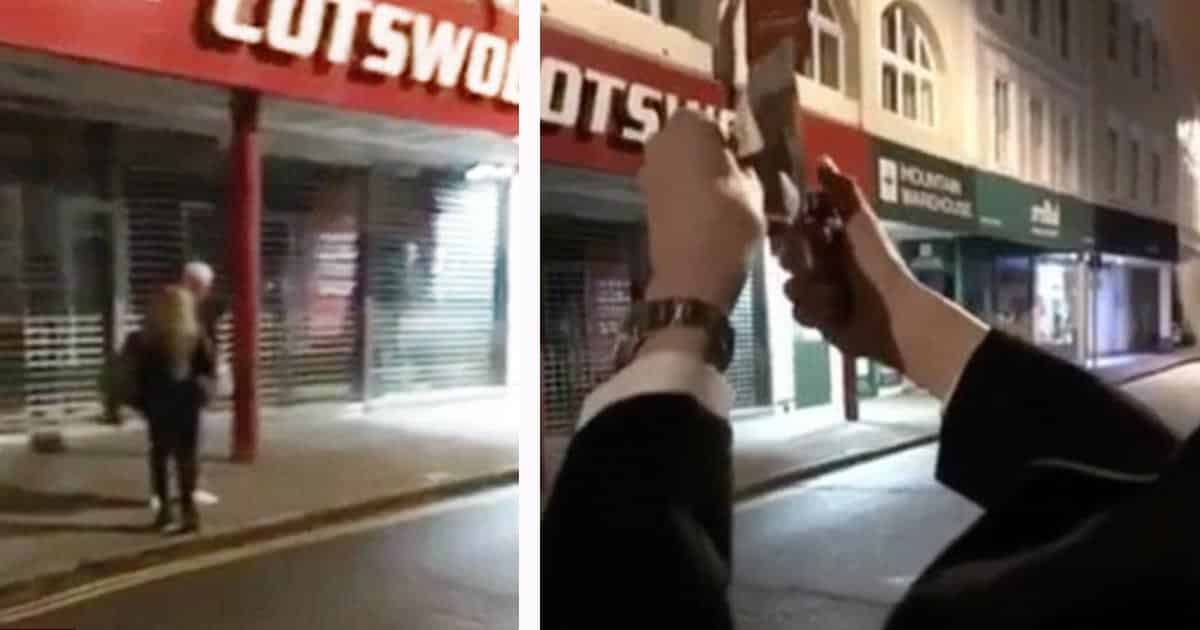 Even Sandra McLaughlin, his 46-year-old mother, expressed utter disgust about his son’s behavior. She said:

“I don’t recognize that behavior in my son.

“I don’t really know why he’s done something so thoughtless and cruel.

“It’s completely out of character. He did two years of volunteering at Stockbridge shelter homeless shop in Edinburgh when he was still at school.

“He’s been a hard-working student who is very, very lucky and aware of the privilege he has to study at Cambridge.”

According to Coyne’s mother, he son’s ‘thoughtless and cruel’ actions were ‘completely out of character.’ 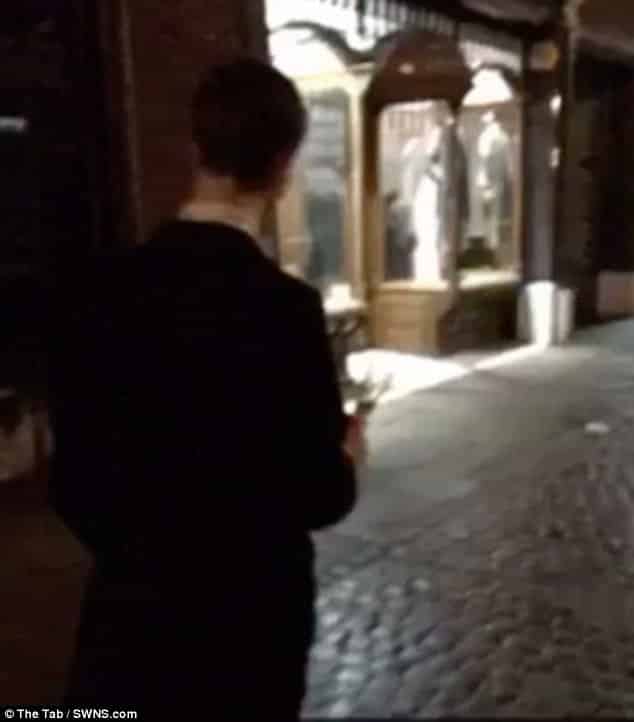 “It’s been stressful. I’m starting to panic because I can’t get a hold of him.

“He spoke to us after the event and said he’d done something very stupid and felt really bad about it.

“He went out a few nights later around Cambridge with one of his friends to do the homeless run and give out tea, coffee and sandwiches to them.

“And this was before the press and ourselves caught on to what he’d done.

“He’s obviously known what he’s done himself. It’s baffling. I’ve no idea. It’s not part of his make-up.

“He’s a quiet boy, he wasn’t a wild teenager, he was in chess club at school.”

Following his rude prank, Coyne has since been expelled from the Cambridge University Conservative Association (CUCA). 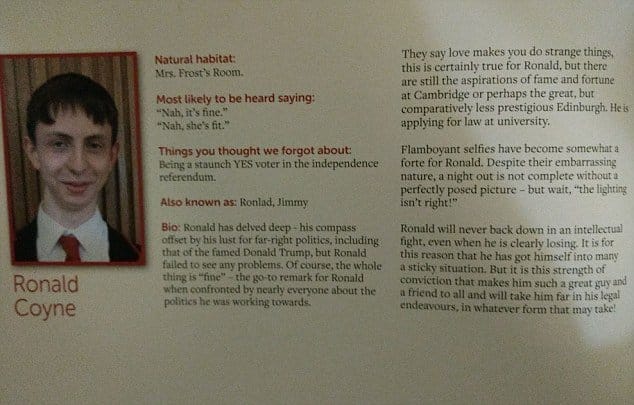 In an interview with the MailOnline, a CUCA spokesman said:

“This disgusting and abhorrent behavior occurred completely independently of CUCA, and did not take place before or after any CUCA event.

“His resignation was immediately demanded and we determined the appropriate response to be to permanently revoke his membership and bar him from all future events, which we did on Saturday.”

“The University is committed to respecting the rights and dignity of all members of our community.

“We expect our students to treat others with respect, courtesy and consideration at all times, and the University takes allegations of unacceptable behavior very seriously.