Who is the best football player in the world, Cristiano Ronaldo or Lionel Messi?

Apparently, London smokers think Ronaldo is better than Messi, based on a one-of-a-kind cigarette bin in Enbankment. The genius project allows smokers to vote on different topics by  putting their cigarette butts into transparent divided containers in public areas.

Through the campaign #neatstreets, environmental organization Hubbub aims to clean up the streets of London using various clever approaches such as using a device that plays music whenever a cigarette butt is inserted or a specially-designed board that encourages gum-chewers to connect the dots using gums.

Based on a poll conducted by the organization, 86% of people think littering is a disgusting habit but only 15% would actually confront and tell someone that.

“This is why from May to October we’re trialling a new approach to tackling littering on Villiers Street, Westminster, using the latest thinking on behaviour change and awareness raising from around the world,” Hubbub wrote on its page.

By voting with your butt, you can let the world know who’s the best footballer in the world… 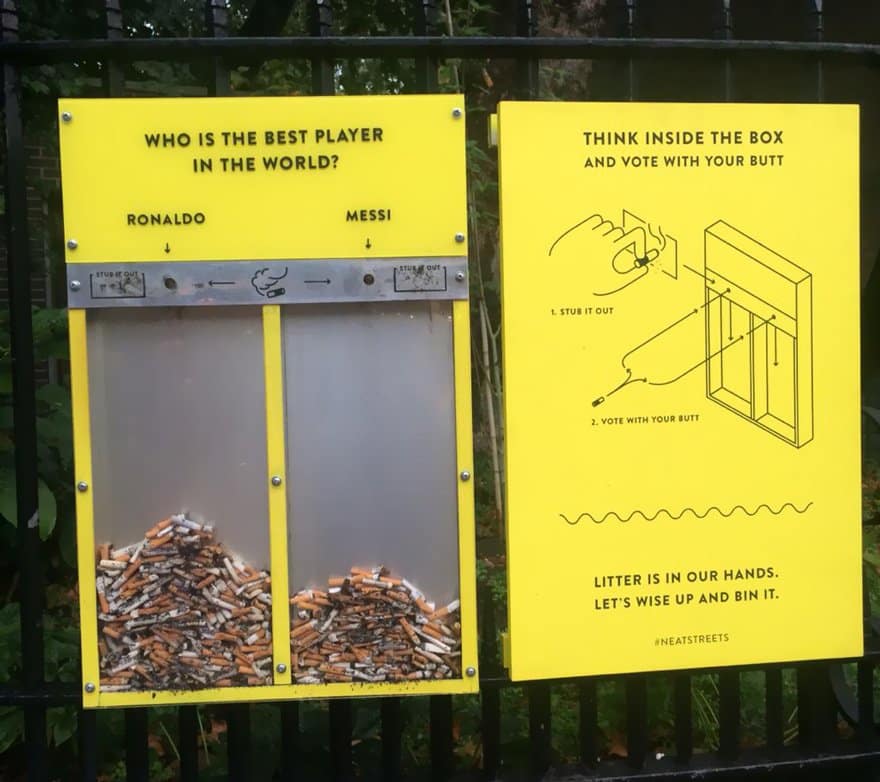 And even prevent other people from littering. 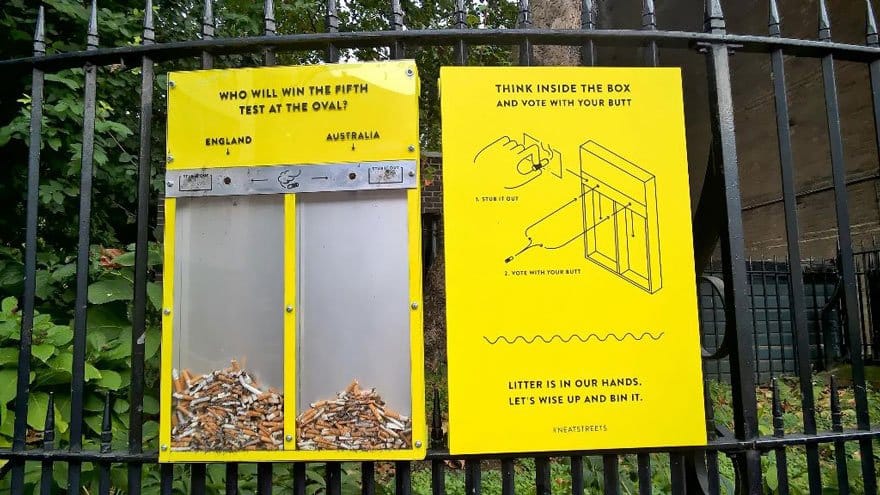 Dying to know the answer? Stick your gum on to reveal the image. 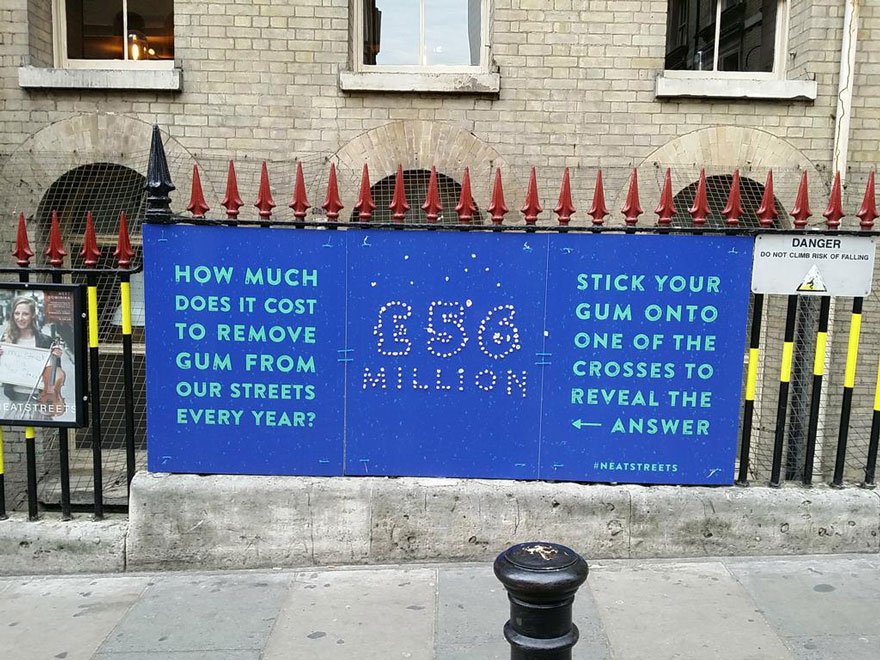 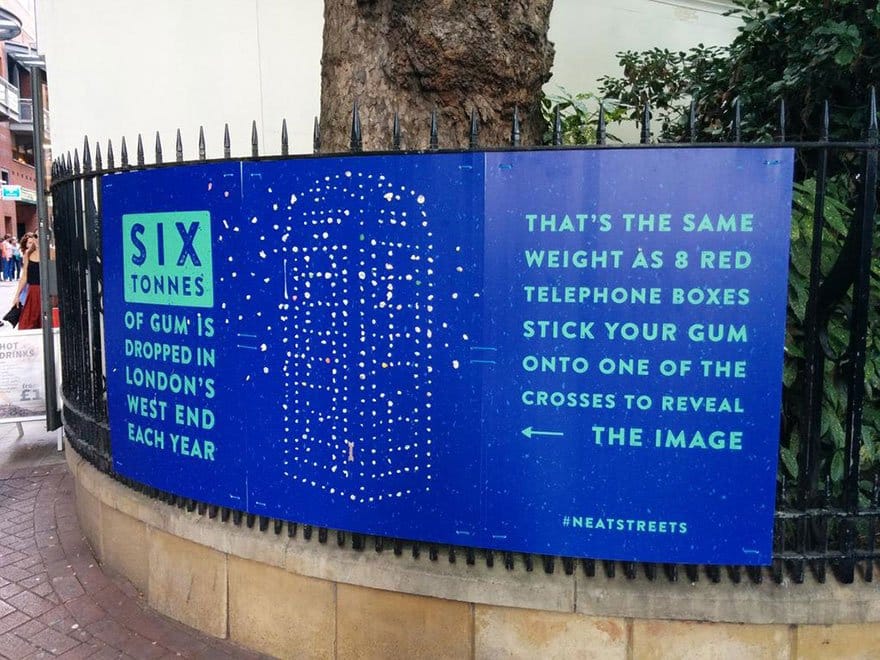 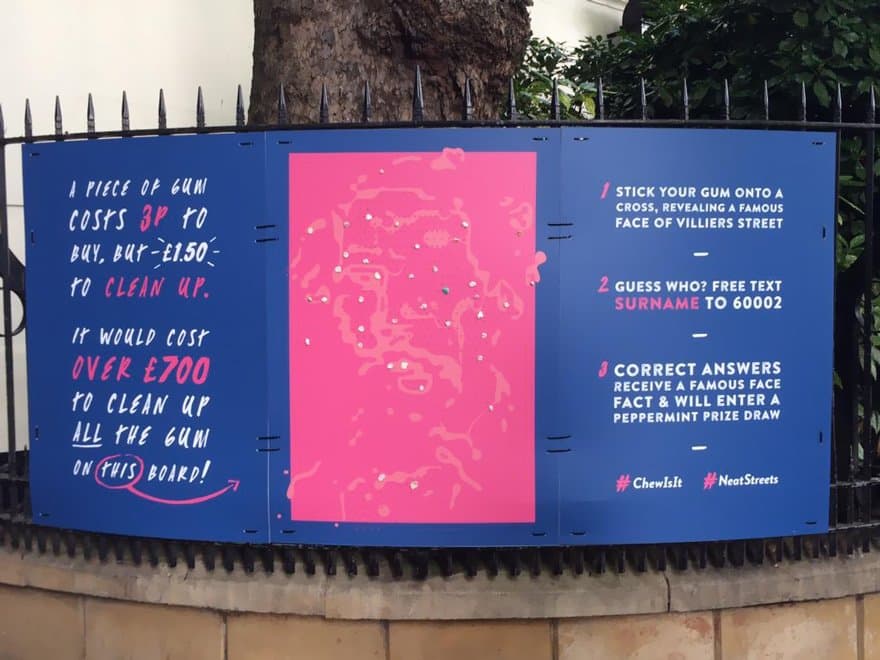