Whenever we hear about the late-night show that airs on NBC which is “The Tonight Show Starring Jimmy Fallon,” we know we are in for so much entertainment and laughter. With Jimmy’s sense of humor and the creative production behind the show, every episode is a guaranteed hilarity.

While promoting the critically acclaimed film “Birdman,” Fallon challenged the actor by performing scenes from the movie with scripts written by elementary school kids. Kids were only given “Birdman” as the title and it was up to them to write what type story they picture it to be. The outcome of kids doing both theater and script writing was just way too funny. 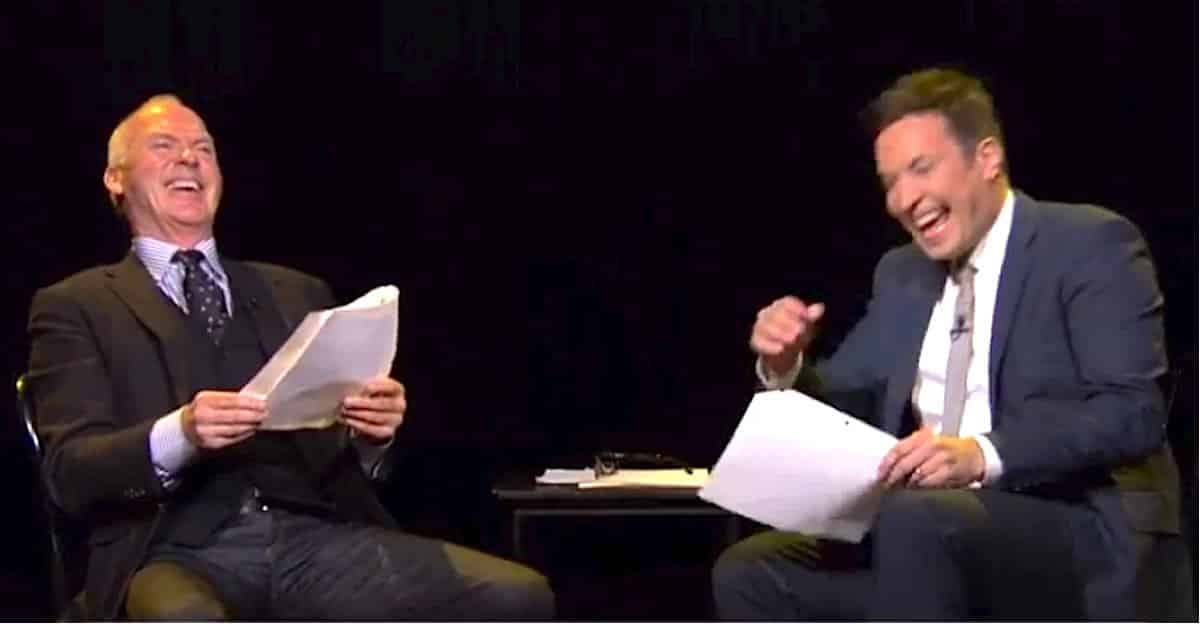 My favorite part would be Keaton’s “Caw! Caw! Caw!” which made everyone crack up and these lines:

Baseball Hitter: “Where can I get wings?”

Even Fallon and the “Birdman” star couldn’t stop laughing. The kids obviously nailed it. Their innocence and natural wit made them more amusing. Former comedian Michael Keaton still has his funny side too, no wonder he got that Best Actor award.

These kids can be the next famous hosts, comedians and actors of the future. Do you agree?