“One freaked out mumma”—that’s how Jade Yates described how she felt after watching her daughter through the baby monitor on Saturday, January 23.

The mom from Barongarook, Victoria, Australia, saw two ghostly figures hovering over her child, Ruby, as she peacefully slumbered in her cot.

Yates said the door to her kid’s room was shut and that Ruby was alone in her room.

And while her baby was sound asleep, she said she “won’t be sleeping very well” after what she had witnessed.

In the video, which now has 1,497,568 views, you’ll see Ruby in the top left of the crib. Then suddenly, a specter appears exactly above where she rests. The phantom then starts to move from left to right, stopping for a few seconds near the kid’s head before it moves again. For Yates, this somehow explains why, according to her, Ruby is unsettled although she wakes up every hour or so.

The little ghost must have been playing with her baby. 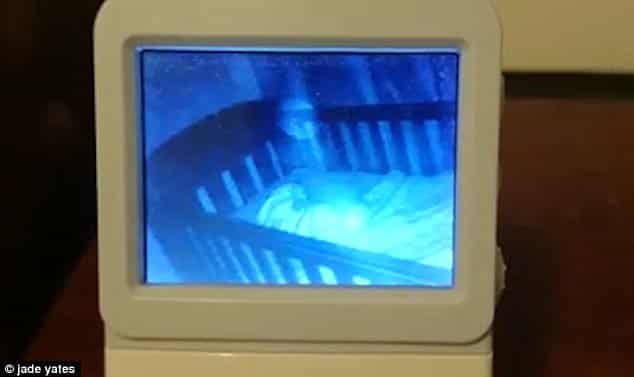 “What I see is a baby older than Ruby, as it’s able to sit up/stand up, and an adult attending to this baby/Ruby.

“I can see on some angles an ear, eyes and an arm.

Although floored, Yates believed they are not bad spirits.

“I don’t think they are nasty as the adult looks to be so attentive.”

Yates recorded the spine-chilling incident as she watched them for at least 20 minutes through the baby monitor. She checked on Ruby afterwards and noticed the mysterious presence were gone when she came back. Yates think she “disturbed” them.

She uploaded the clip to Facebook to let others make up their own minds about the footage. And as expected, many people were also spooked. However, there were those who thought it was “awesome.”

Carl Higgins, one of those who commented said, “Don’t be scared, you will know if they aren’t friendly, if they do keep you up at night you can ask them to leave! I’ve had my fair share of dealings with ghosts.”

Watch the video and do tell us what you think in the comments section below.