One Marvel fan has proven his superfan status recently after watching Avengers: Infinity War 47 times. Since its release a little over a month ago, a man named Nem from the US, also known as the ‘Infinity Watcher,’ has so far seen the blockbuster movie 47 times and has diligently documented his trips to the cinema on his Twitter account.

Some people question how it is possible for Nem to achieve his feat, but he defends himself by showing proof on his Twitter account. Of course, his devotion to the franchise did not go unnoticed, as he got an amazing surprise just recently.

As of posting, Nem has seen Avengers: Infinity War 47 times. 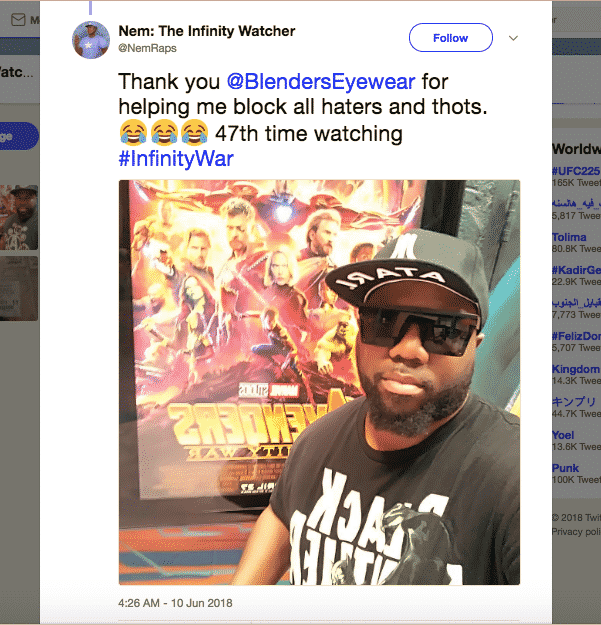 Nem has been getting a lot of attention on Twitter. Some users are in awe of his love for the movie, while others wonder if he still enjoys watching the film after having seen it so many times.

Nem got the surprise of his life when he was extended an invite to the Avengers 4 premiere. 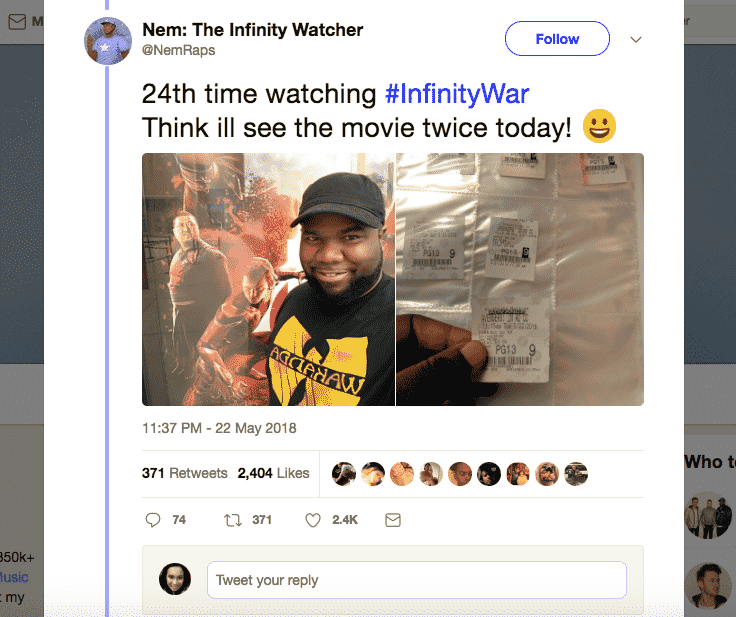 UPDATE: I'M GOING TO THE PREMIERE OF AVENGERS 4. THANK YOU @Russo_Brothers pic.twitter.com/hWhSyQqR4s

“Listen, the last 12 hours have been a whirlwind of amazingness. People started to catch on that I was watching this movie a whole bunch of times.

“A lot of news articles was written about me, I was trending on Twitter for a little bit there, IMAX got word of me and offered me 50 free tickets to keep the streak going. [sic]

“On top of all that, the Russo brothers themselves, the directors of the film, followed me on Twitter and told me up in the DMs, that I have a free ticket to the Avengers 4 premiere next year.”

Nem continues to watch the movie in order to set an unbreakable record. 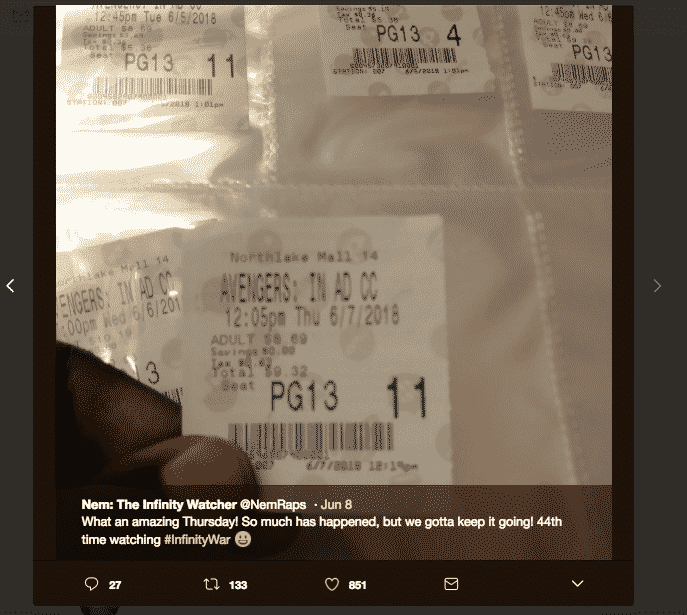 He’s also thinking of sharing his free IMAX tickets to others since he won’t be able to use all of them. He has also received free digital comics, and a ton of admiration.