Whether you agree or not, abortion is still a topic worth debating in our society. Some believe it’s a must, but others say otherwise. Despite the fact that some argue that “life begins at conception,” it still holds true that our modern scientists and lawmakers have yet to determine the exact beginning of life.

But perhaps the biggest issue that remains is that people, at times, are entitled to tell others what to do with their bodies. Or, at least, they feel that doing so is correct and acceptable when it’s entirely not.

Whenever pro-lifers discuss the horrific aftermath of abortion, the other side can’t help but get involved. And this continues to cycle as each day passes by – there seems to be no end to it. Interestingly, an author by the name of Patrick S. Tomlinson (known for The Ark Trilogy) is raising argument all over Twitter. In just a couple of tweets, he has managed to propose a simple yet thought-provoking question that will leave any pro-lifer scrambling – and they’ve yet to find an acceptable, coherent answer.

Check out his Twitter rampage below and see for yourself.

Tomlinson is a well-known author who recently shattered the longstanding key anti-abortion argument. 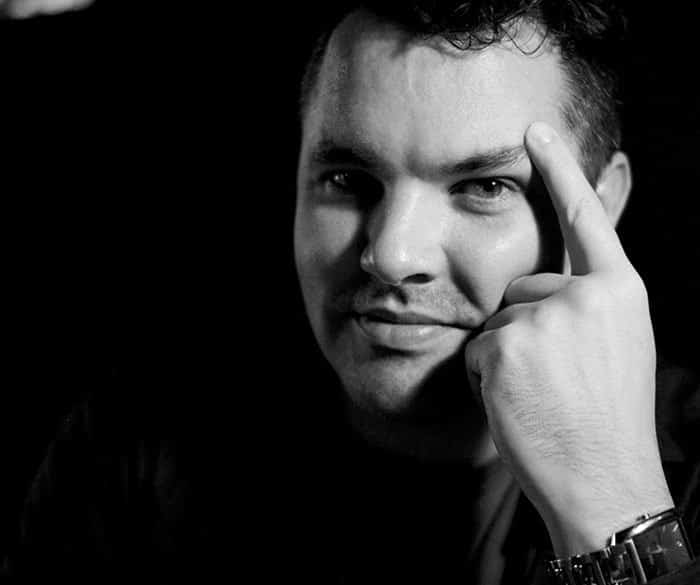 In just 9 tweets, he managed to propose a single question that brought a huge following. 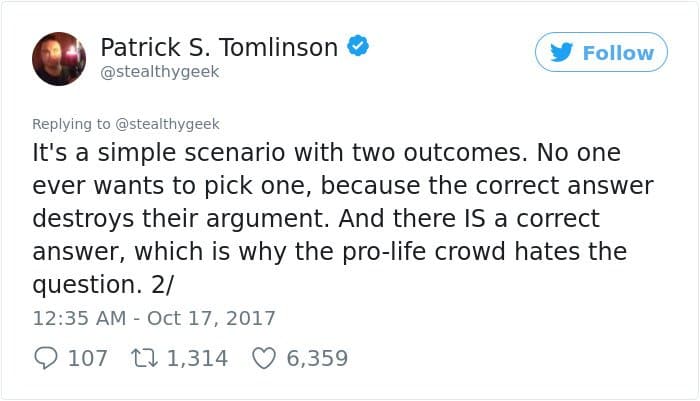 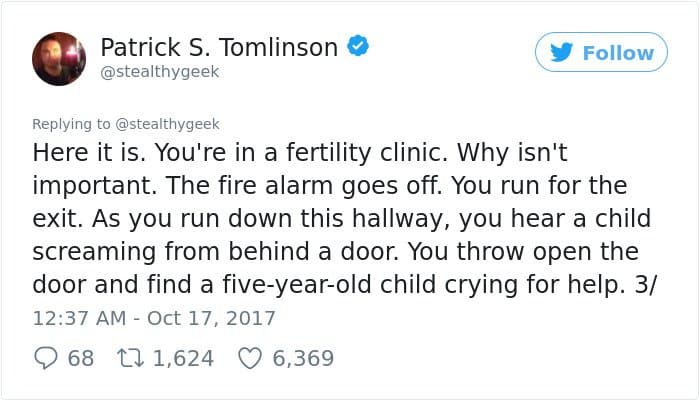 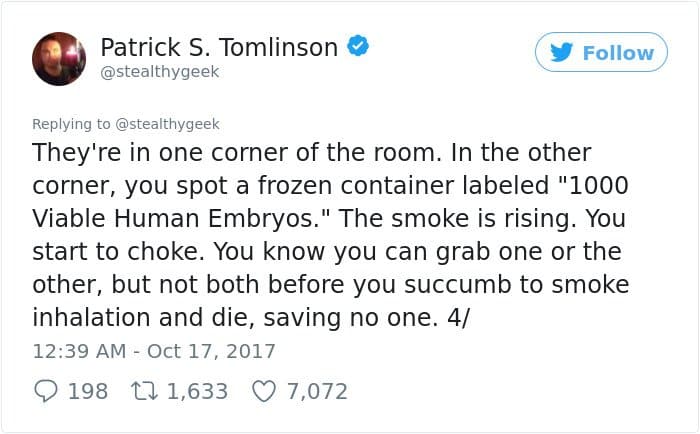 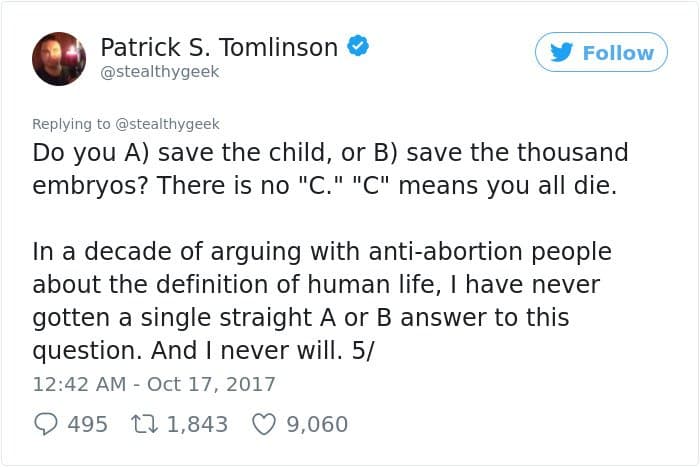 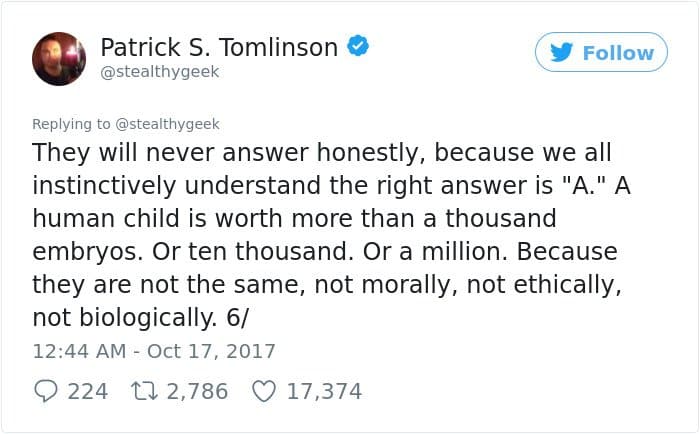 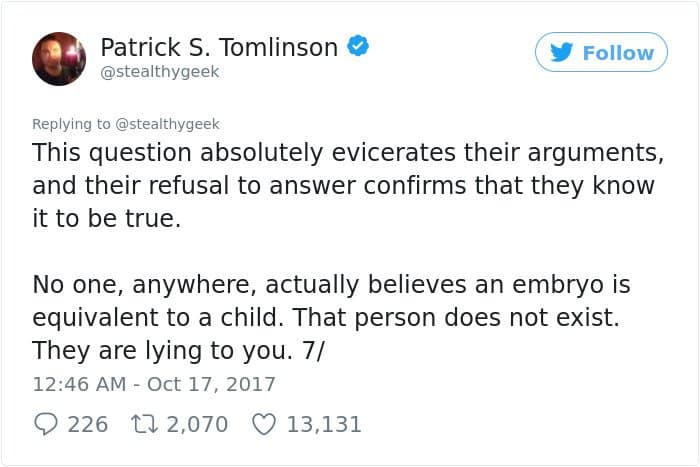 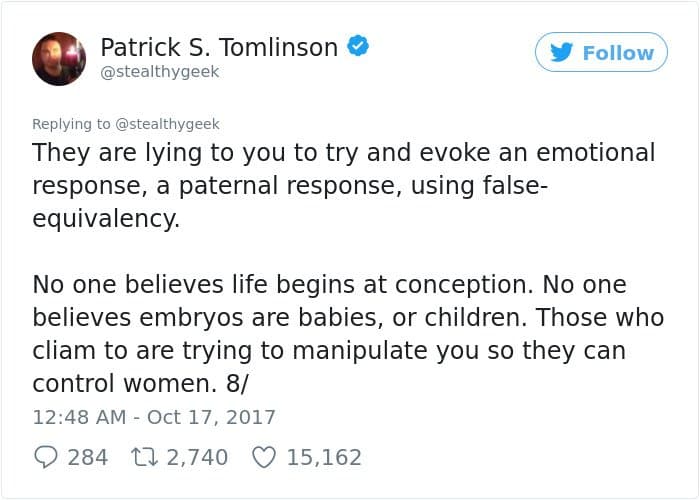 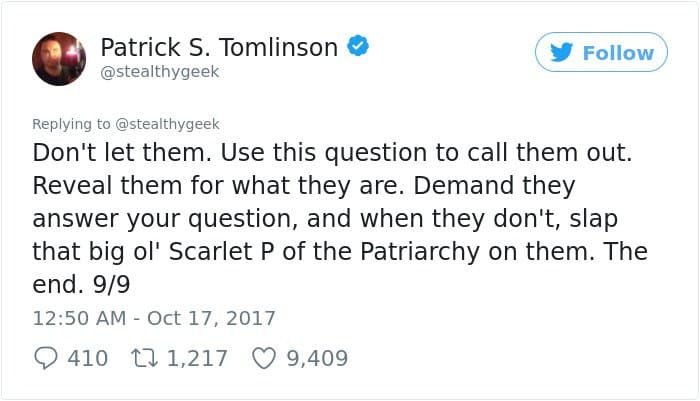 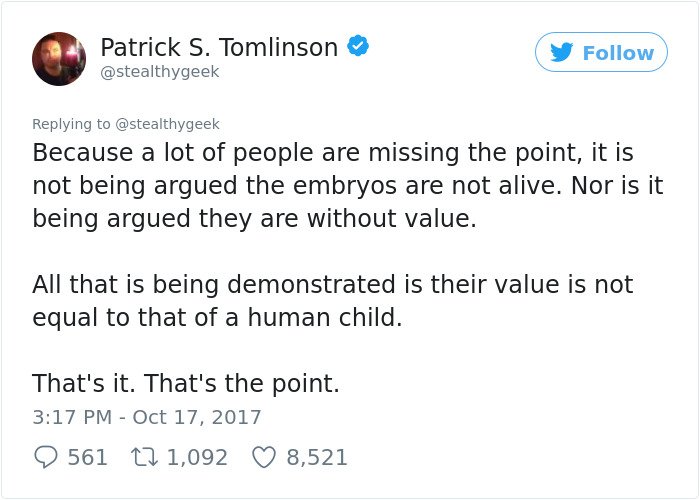 As expected, Patrick’s tweets were met with a couple of challenges. And yes, some of them were rebuttals. 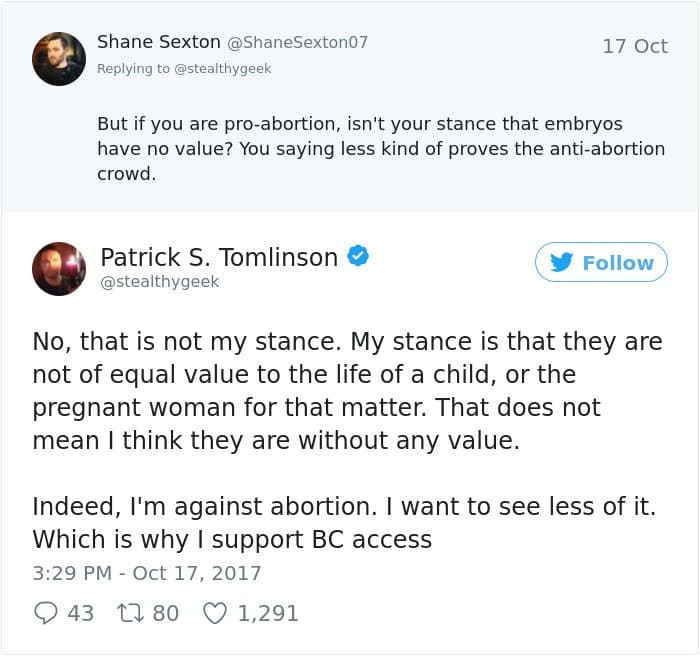 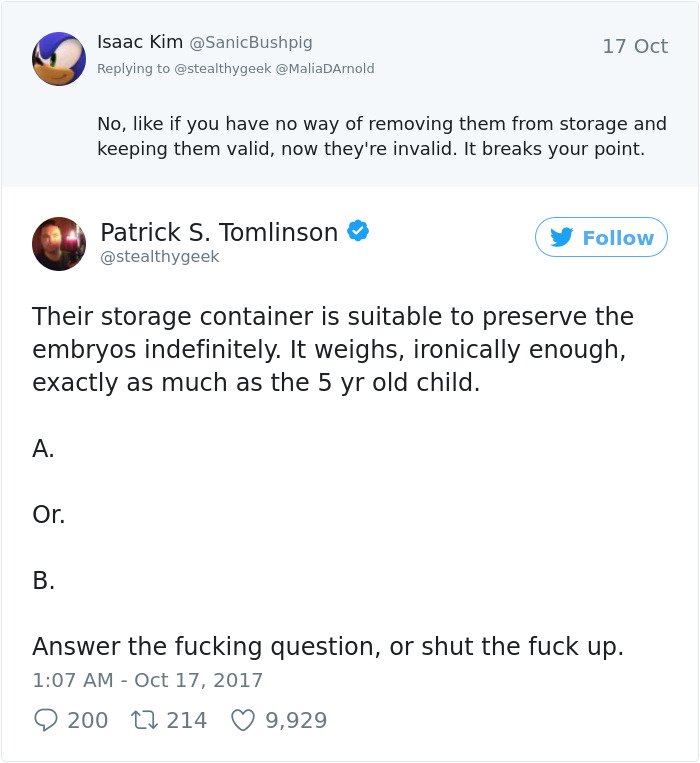 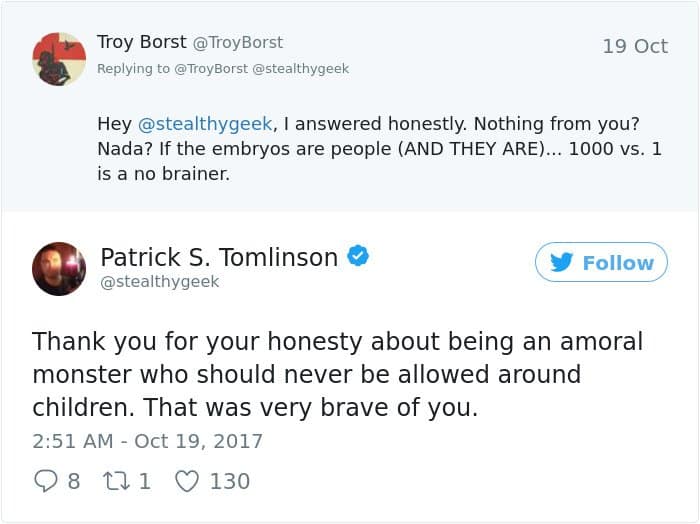 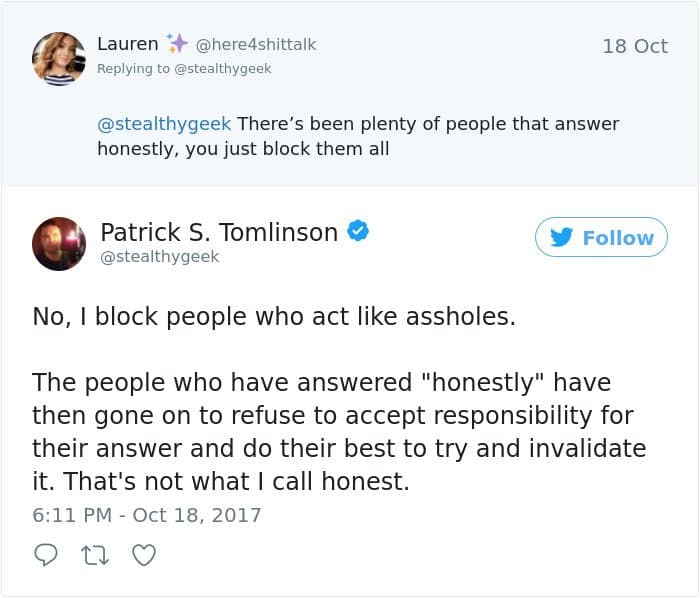 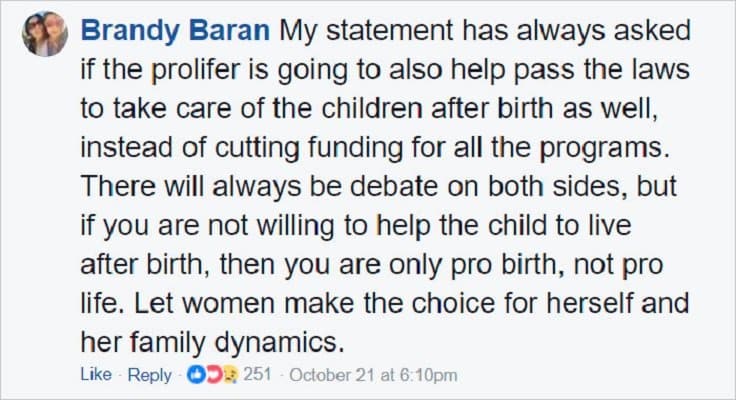 Again, abortion is a complex topic. It can’t simply be answered by a yes or no. Nonetheless, one can’t just deny the fact that Patrick raised a very interesting perspective. Whether or not he’s right remains to be seen.

So, what do you think about the author’s proposed question? Share to us what you think in the comments below!