Warsaw, Poland – A baby, born at 24-weeks on March 7 after two unsuccessful abortion attempts, was reportedly left to die after crying and screaming for an hour. The neonate was allegedly denied any medical attention after birth.

Witnesses at the Holy Family Hospital in Warsaw revealed that the medical staff did not attend to the neonate and left the baby to die.

Anna Wiejack, the Polish journalist who first reported the story said, “The scream of this child was so traumatic for the personnel that they declared that they will never forget it.” Wiejack is also a member of the anti-abortion group SOS Foundation to Save Unborn Children (Fundacja SOS Obrony Poczętego Życia).

The incident was reported to Fr. Ryszard Halwa, a Catholic priest and the director of the SOS Foundation, by a medical staff who wishes to remain anonymous for fear that he will lose his job. Wiejack reports that a former director of the hospital had already been fired for refusing to abort a baby.

A UK group rallies in favor of the pro-life doctor who refused to refer a baby for abortion. 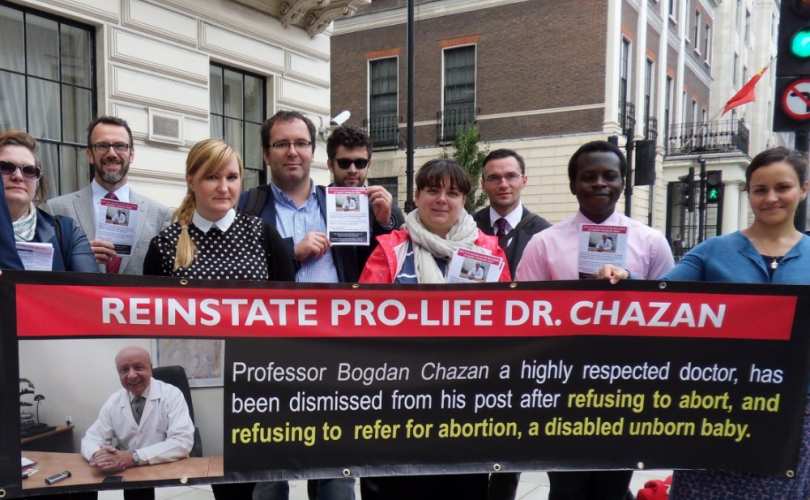 Source: Anthony Ozimic/ Society for the Protection of Unborn Children

To date, the hospital has not denied the allegations.

Hospital spokesperson Dorota Jaslowska-Niemyska stated that a female patient, who is at the end of her 23rd week of pregnancy, came to the hospital. After running several tests, it was found that the baby had Down syndrome. Jaslowska-Niemyska claims that all the events that occurred and the medical procedures performed thereafter were according to the law and that the dignity of the patient and the fetus were respected.

A reporter asked Jaslowska-Niemyska about the dignity of the baby after being born alive, to which she replied, “Those are details which I can’t talk about. It is confidential, and I am not allowed to comment on the details of this procedure.”

In an interview with Salve TV, Lewandowski emphasized that the Polish Doctors Code of Ethics clearly states that an unborn child is considered a patient who deserves to receive due medical attention, regardless if the mother does not want the child to live. He further added that Polish Criminal Code states that “the newborn baby was a ‘child’ (article 148 section 1 Criminal Code) protected by legal norms. 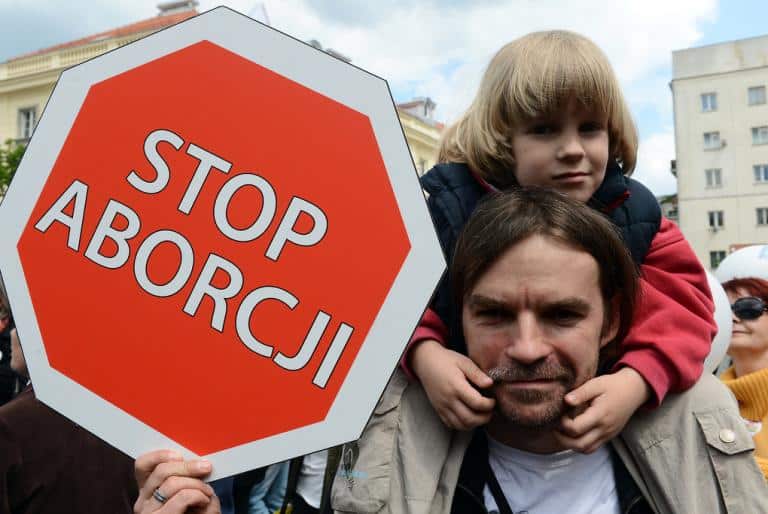 The Polish Bishops Conference, shortly after hearing the news, condemned the incident and issued a statement:

“We believe that every person, especially one who is completely helpless and dependent on us, should be of particular concern. This is a concrete way of realizing the commandment to love one another.”

Archbishop Henryk Hoser of Warsaw, through Kazimierz Nycz, has considered removing the name “Holy Family” from the hospital:

“With great regret I received the information [about the baby],” said Nycz, “which significantly undermines the sense and the right to maintain such patronage” by the hospital.

A Need for Investigation

An investigation has been launched to determine if the hospital followed proper protocols during and after the abortion attempts. Michael Dziekański, the spokesperson of the prosecutor’s office, said on Friday that the investigation aims to uncover if a criminal violation of the law has occurred, which required that medical care be provided where “the fetus has become capable of living outside the pregnant woman’s body.” If proven guilty, offenders will be facing up to eight years imprisonment.

Abortion was first considered legal in Poland in 1932; however, it was permitted under very limited circumstances. Later, under the Communist rule, the law was expanded to include abortion on demand. But on 1993, after the fall of Communism, the law was revised and abortion was outlawed. Under the new law, abortion can only be permitted under the following circumstances: (1) continuation of the pregnancy threatens the mother’s life; (2) the pregnancy was the result of a criminal act; and, (3) if the fetus is severely malformed.

Abortion is legal in Poland under limited circumstances. 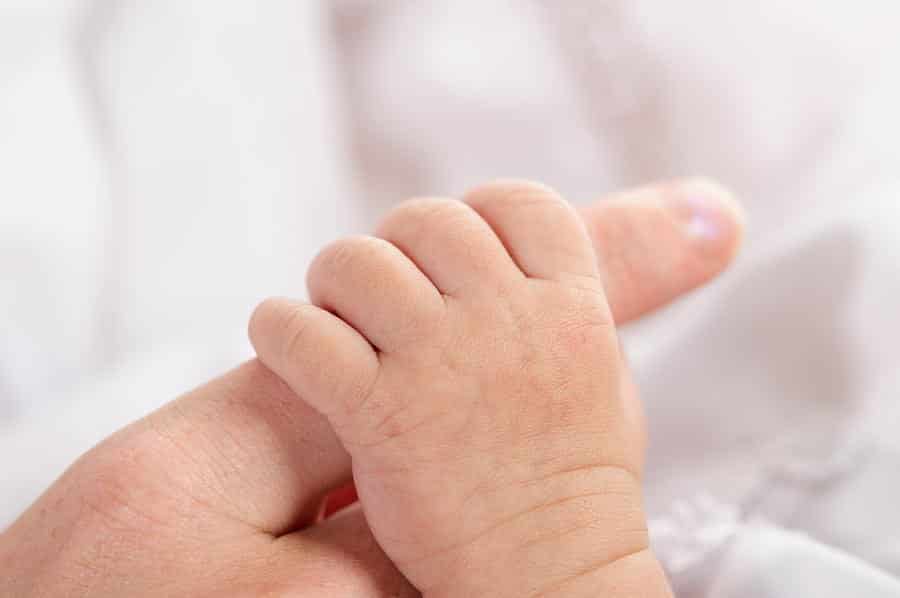