Some of us may remember that in 2013, a massive meteorite wreaked havoc near the city of Chelyabinsk in Russia. The space rock’s sonic boom damaged buildings and injured over a thousand people.

It’s basically like a scene out of a sci-fi book – except this one was real!

Perhaps unknown to many, however, this wasn’t the first time a meteorite injured a human being. The first person to have been hit by a meteorite, as confirmed by history, is a woman from Sylacauga, Alabama.

Way back 1954, Ann Hodges was taking an afternoon nap on a couch. 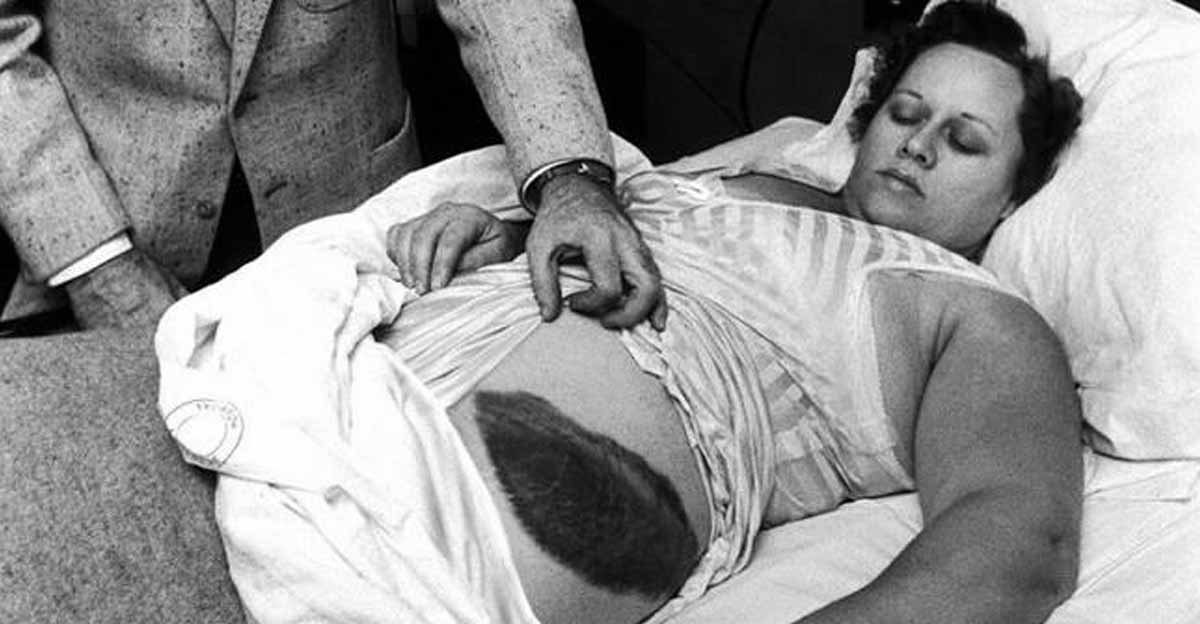 Suddenly, a black rock broke through her ceiling, bounced off the radio, and hit her in the thigh. The rock was around the same size as a softball and the incident left her with a huge, pineapple-shaped bruise.

Michael Reynolds, a Florida State College astronomer and author of ‘Falling Stars: A Guide to Meteors & Meteorites,’ said that Ann’s case is particularly rare because most meteorites either fall into the ocean or other remote places.

“Think of how many people have lived throughout human history.

“You have a better chance of getting hit by a tornado and a bolt of lightning and a hurricane all at the same time.”

Before the incident, people in Sylacauga and eastern Alabama have reported seeing “a bright reddish light like a Roman candle trailing smoke.” Meanwhile, others described spotting “a fireball, like a gigantic welding arc,” and it came with some explosions and a brown cloud. This was according to reports published in “The Day the Meteorite Fell in Sylacauga,” a web publication released by the Alabama Museum of Natural History in 2010.

Some thought it was a plane crash while others theorized it might be a Soviet attack. This was, after all, a time when paranoia about the Cold War was particularly high among the people.

A government geologist was sent to the area to check out what it was. People started flocking around the Hodges’ home. Eugene, Ann’s husband, struggled to get inside because of it. 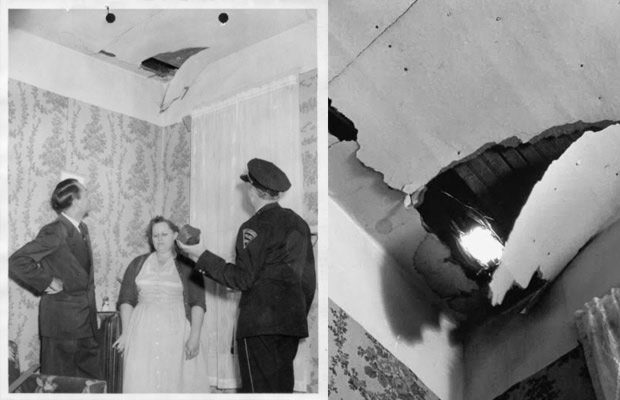 Apparently overwhelmed by the crowd, Ann was later taken to a nearby hospital while the rock was turned over to the Air Force.

The Air Force confirmed it was indeed a meteorite and they eventually had to figure out what to do with the space rock. The general public suggested that it be given back to Ann – an idea that she was also in favor of.

“I feel like the meteorite is mine. I think God intended it for me. After all, it hit me!”

Unfortunately, the story doesn’t end there as widow Birdie Guy, the Hodges’ landlord, wanted to claim the meteorite. She pointed out that Ann and Eugene were renters and so technically, the meteorite fell into her property.

Guy sought legal assistance and while the law was favorable on her side, public opinion wasn’t. She later gave up the case in exchange for $500.

Meanwhile, Eugene was told that they could make huge amounts of money from the meteorite. They turned down an offer from the Smithsonian. Eventually, however, the couple decided to donate the rock to the natural history museum where it is still on display today.

Ann later had a series of health difficulties, having experienced a nervous breakdown and then passing away in 1972 because of kidney failure. Eugene said that the meteorite experience had taken its toll on Ann and “she never did recover” from it, the museum said.

Randy Mecredy, museum director, further pointed out that Ann “wasn’t a person who sought out the limelight” and that “the Hodges were just simple country people, and I really think that all the attention was her downfall.”