People react differently when it comes to cheating. Some can play it cool, like that guy who chose to take selfies when he caught his girlfriend sleeping in bed with another man. Others, however, may react a little more violently, not hesitating to express their anger.

For example, there’s that furious wife who not only chopped her husband’s manhood but even sneaked into the hospital to cut it again!

Now there’s this wife in Thailand who recently decided to slam her brand new Toyota Fortuner into her husband’s Mercedes Benz. The reason? Well, you guessed it right – she caught him with his mistress.

Hell hath no fury like a woman scorned! This angry wife slammed her new car into her cheating husband’s Mercedes Benz. 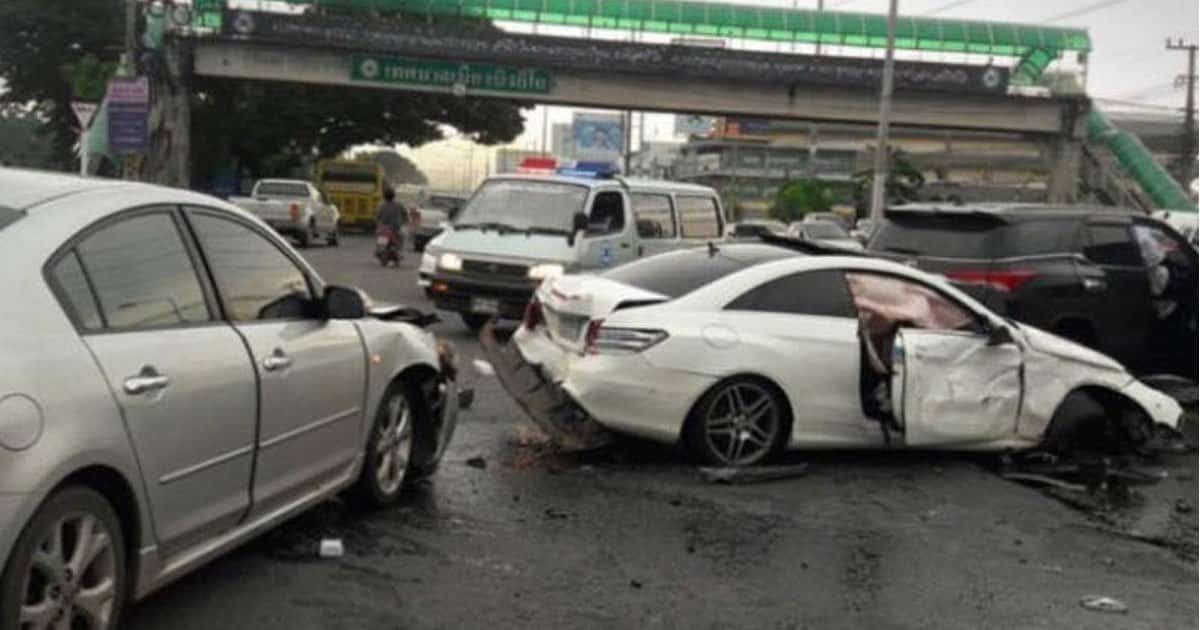 According to a report by Coconuts Bangkok, the wife was “so enraged to catch her husband driving with his mistress” that she didn’t think twice about crashing her new vehicle into his Mercedes. The accident eventually resulted to a four-car collision and caused slight injuries to six people in Pathum Thani’s Thanyaburi district.

Also, the incident “led to a four-kilometer traffic jam while police and rescue workers cleared the scene,” said the website.

Reports tell us that the wife initially chased her husband with the intention of confronting them. She was able to trace her husband using GPS and so she eventually smashed her car to stop him from getting away.

The incident led to a four-car collision, slight injuries to six individuals, and a four-kilometer traffic. 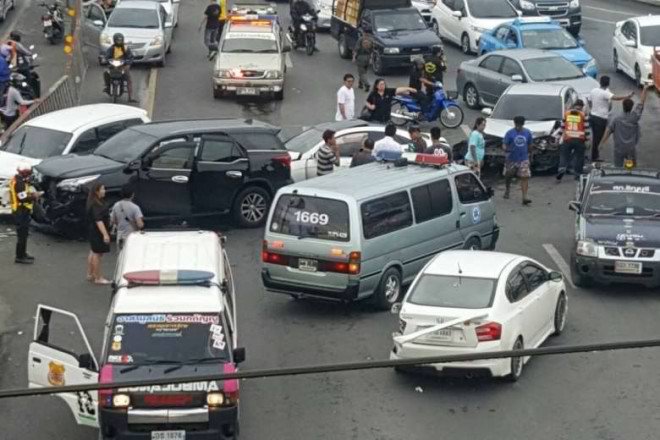 The story eventually went viral as several news websites picked up on it. So far, the names of the wife and the husband have not been revealed.

Well we can only hope that this would serve as a lesson for all cheaters out there. Don’t wait for something like this to happen before you stop cheating!