As she locks her lips with her hunk, young husband, Angela Nwachukwu grins giddily like a teenager. At the age of 72 years old, Angela could not believe that a 27-year-old man which she described as “handsome with big brown eyes and a body to match” will find her the most beautiful woman in the world.

People may frown upon their May-December romance, but Angela insisted that she sees CJ as her soulmate and that her relationship with him is real and not scam. It is also perfect, she said, when her sons aged 50, 47, and 43 supported her affair and even gave her and CJ a blessing to live happily ever after until death do they part.

Angela, who is a grandmother of six, said:

The only problem was he was 45 years younger and lived 4,000 miles away in Nigeria.” 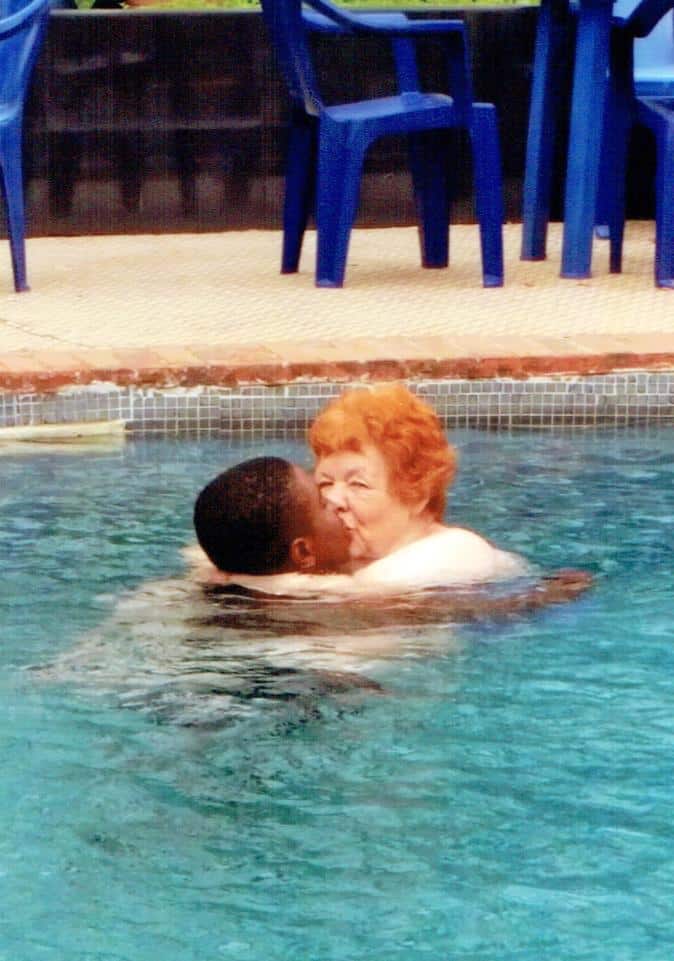 “Despite our huge age gap, we got on really well. I couldn’t help it and began to develop feelings for him. I tried to stop myself…he was six years younger than my oldest grandchild. But I couldn’t help falling for him,” she added.

However, the only huge hurdle that Angela and CJ have at the moment is a British visa that would bring her Nigerian lover to England. 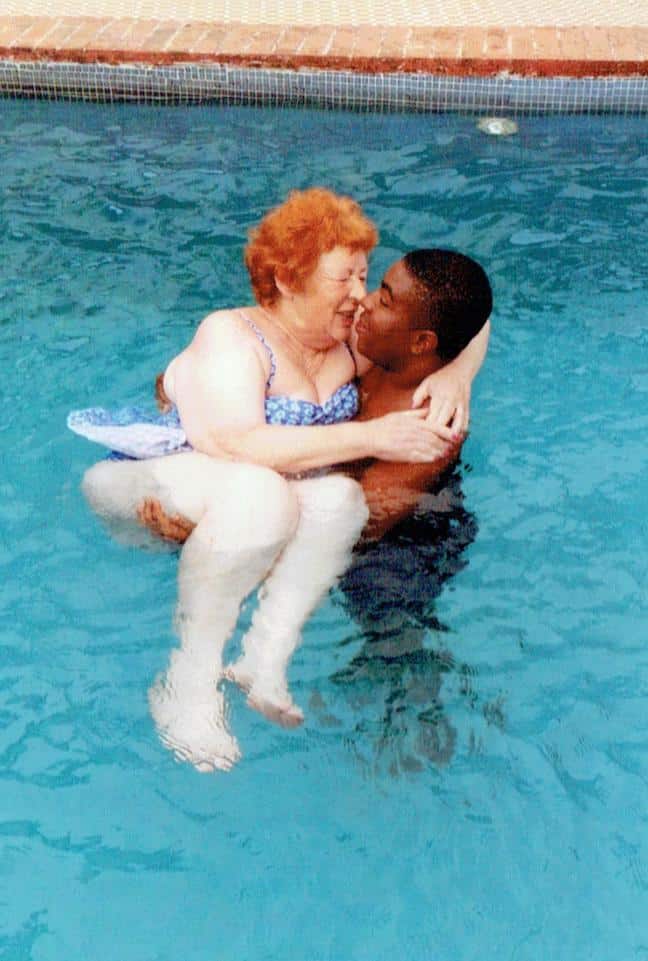 Angela expressed dismayed over the British government’s decision and vowed that she will find all possible ways, even if it means stretching all of her resources, so that she can “permanently” live with CJ in England for good. 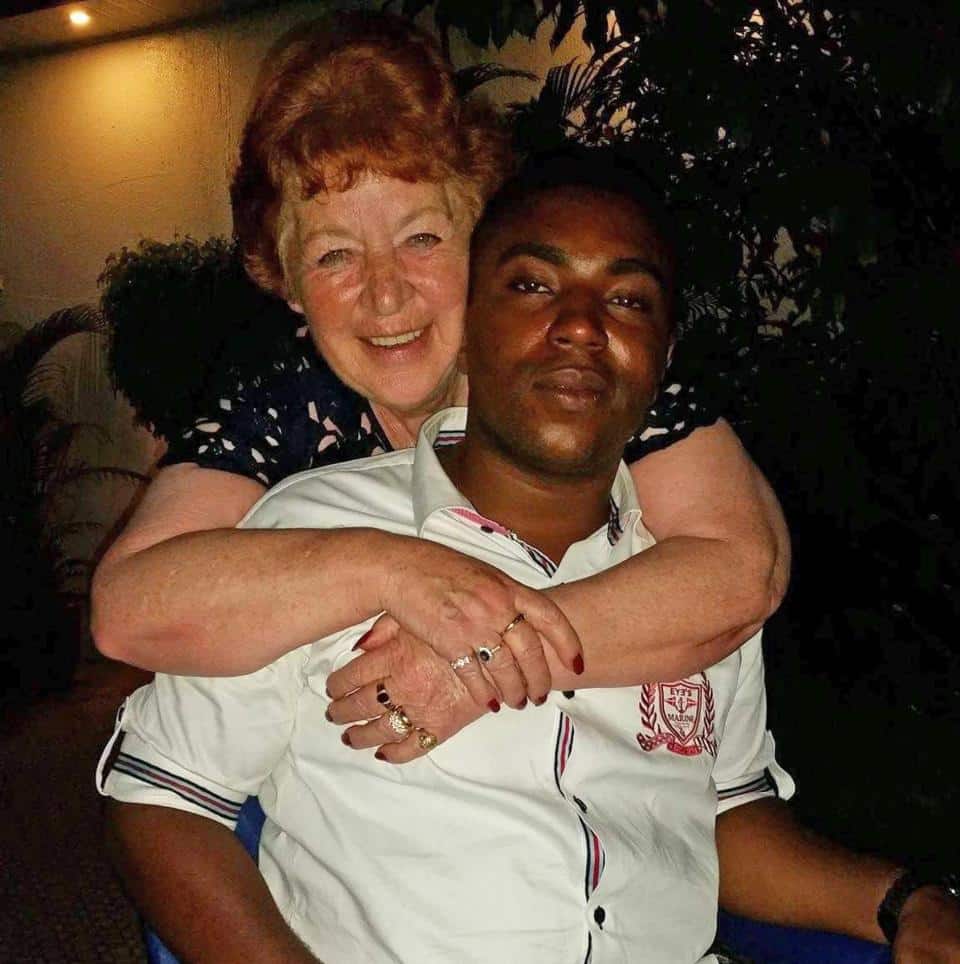 “I was so determined to get him a visa I hired lawyers to fight for us. I’ve since visited him twice…We’ve spent a combined £20,000 trying to see each other. I’ve used my savings and he has gradually paid me back half,” Angela said.

Angela, who is also a retired taxi driver and now already a pensioner, admitted that after their wedding, she found it very hard to leave CJ in Nigeria.

She shared that her trip to CJ’s homegrown country for their wedding was the first time they met face to face but the Nigerian lover showed her genuine care during the whole two weeks when she was in Nigeria.

“Cj is the most caring man any woman could want to be with,” the retired taxi-driver from Dorchester, Dorset gushed, adding that their marriage is rock solid.

Angela said she was shocked to find out that CJ’s visa application was rejected because officials did not think that they both have financial backing since her finances only depend on her pension.

“Over the following months I tried again and again to appeal the decision. It broke my heart every time it was denied. He wasn’t even allowed to visit me on a tourist visa.

I’d waited so long for true love — and now I’d finally found it, it was being kept from me.”

Their love affair started online when CJ, out of the blue, added Angela on Facebook. She was then wondering why a gorgeous man will add her until CJ sent him a message telling her “how lovely her profile photo was.”

Angela said she was feeling lonely and needy that time because she had just come out of a 16-year-long relationship, so she answered back CJ’s message and that started their conversation.

The granny admitted that after her long-term relationship ended, she felt lonely and needy. 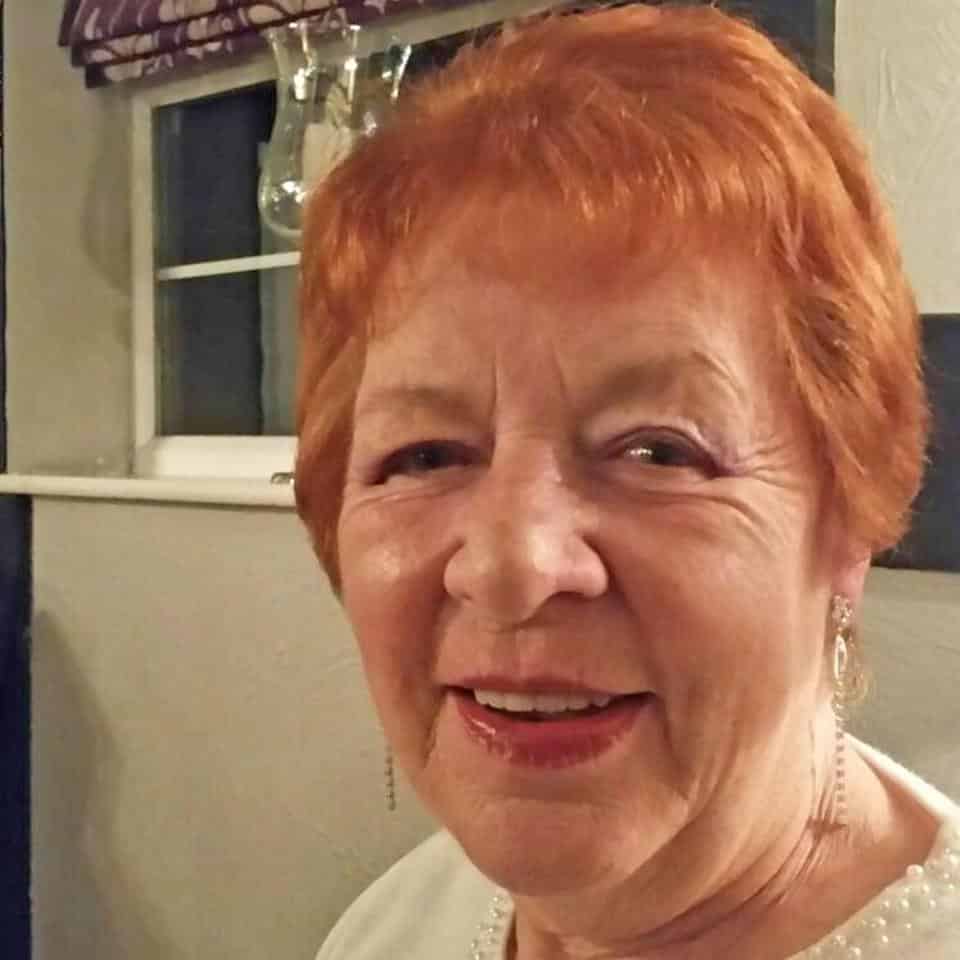 “I did wonder why he had added me but I accepted and he sent me a message telling me how lovely my profile photo was. He was so handsome, with big, brown eyes and a body to match. I didn’t see the harm in striking up a conversation with him,” Angela said.

Angela said they mostly talked about their own separate families and hobbies, until she realized that they were both exchanging messages almost every day.

“We started chatting on Skype and I’d get butterflies when I saw his face on the computer. After a few weeks, CJ told me he had feelings for me. I was so happy,” Angela said.

Angela maintained that CJ is not a scam. 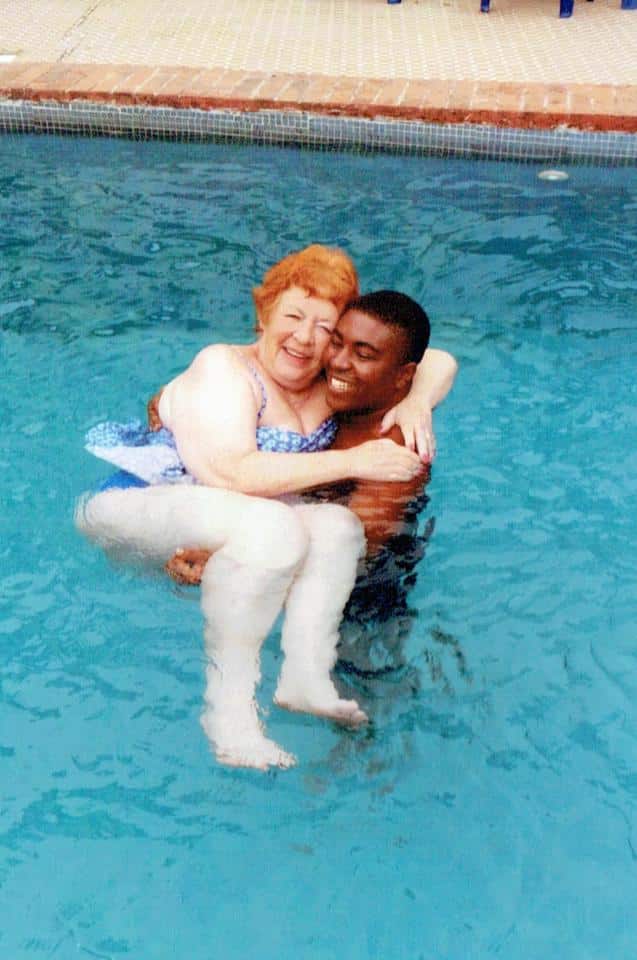 When she told his son about her affair with CJ, Malcolm at first was worried that her Nigerian lover might be a scam. He then checked CJ’s online information.

“After seeing how squeaky-clean his social media was, he felt he was genuine. They could all see how happy I was,” Angela said.

Just a month of everyday messaging and Skype chatting, CJ asked Angela to marry him over Skype. 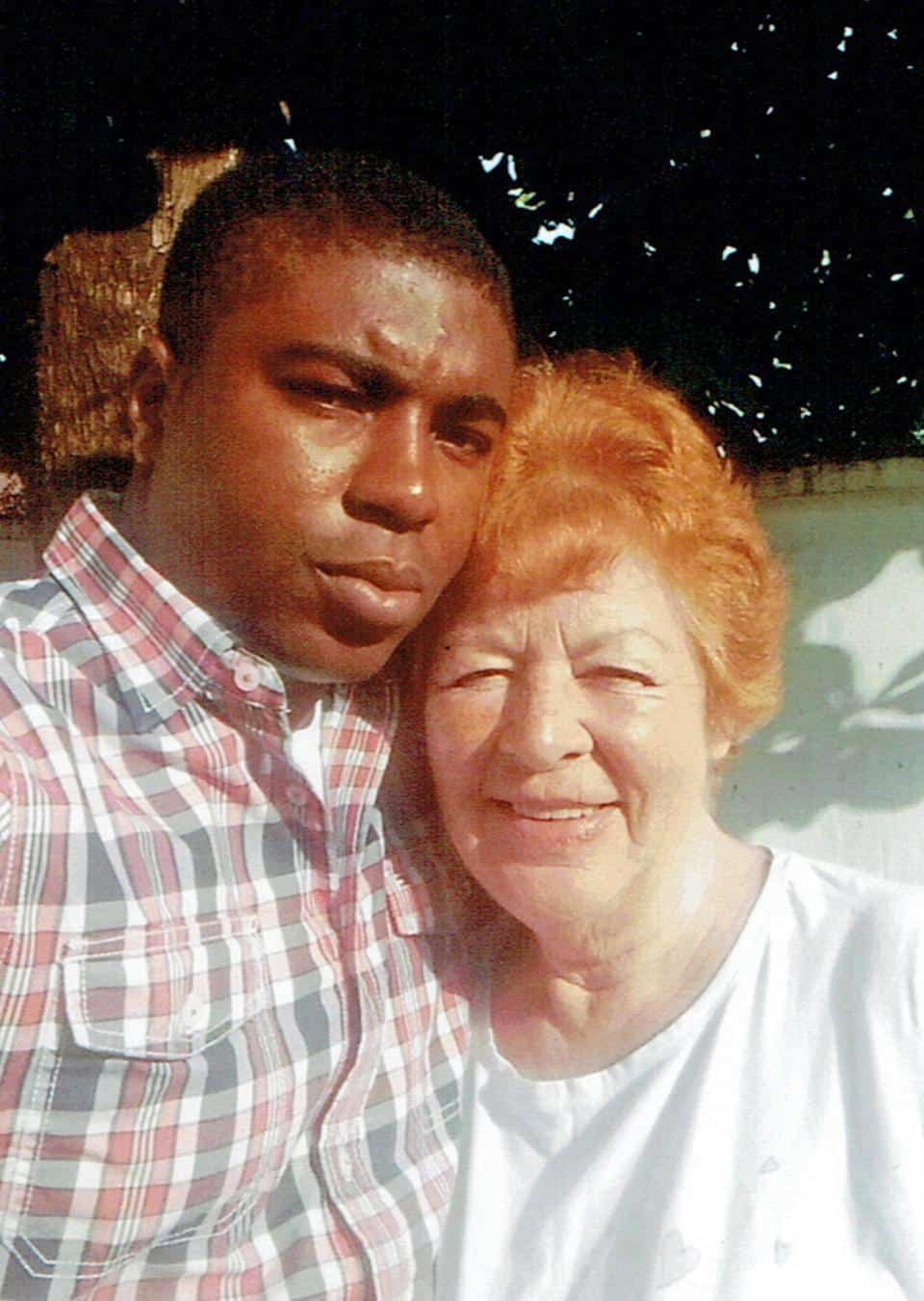 “I was so taken aback when he asked me to marry him. I thought he was joking. But he told me he wanted to spend the rest of his life with me.”

The pensioner, who attempted a third marriage, said yes to CJ’s Skype proposal. 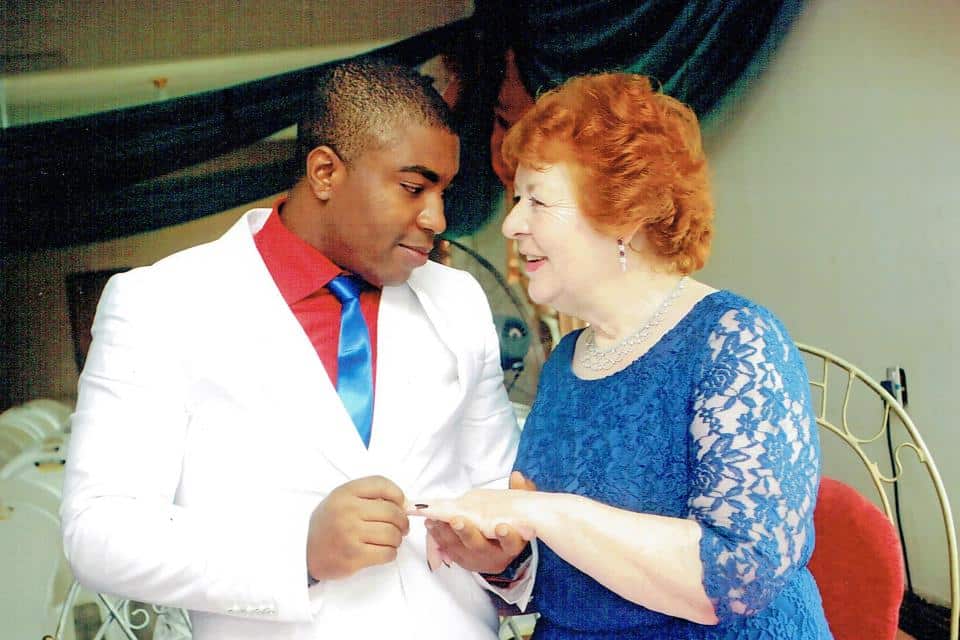 “Of course, I said yes. He was beaming at me with such a big smile on his face. Knowing I made him that happy was all the reassurance I needed. There was such an amazing chemistry between us,” Angela said, despite the fact that both had yet to see each other in person.

As soon as CJ popped the golden question, Angela immediately bought a stunning navy-blue laced dress and booked her flight to Nigeria.

CJ then arranged their wedding ceremony that was scheduled a month after. 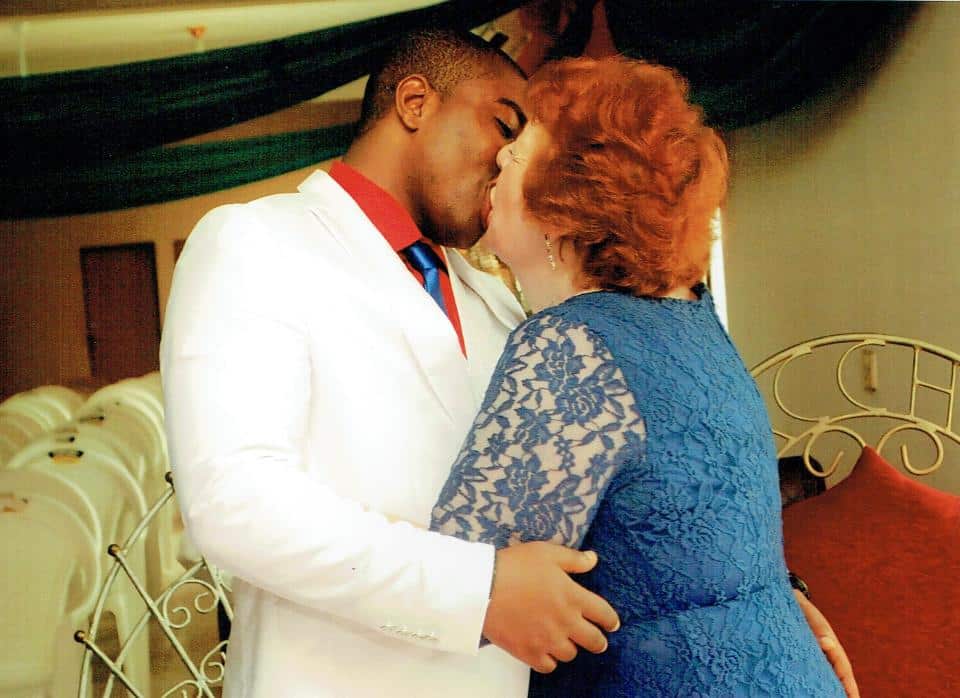 “CJ had planned the whole day and had bought us both wedding rings. Sadly, none of my family could make it as it was such short notice. But I felt happy to have their blessings,” Angela said.

Angela said she is aware of scam marriages where men made old people like her fall in love just for money. But she insisted that she has no money and that CJ knew about her financial status.

Angela said that she may be upfront to CJ about her financial status but she admitted that she has helped CJ financially.

“But he has always paid me back,” Angela defended.

On her way to Nigeria, Angela felt a bit anxious about meeting her future husband for the first time in their wedding ceremony.

“I was worried CJ might not like me in person. But the moment I saw him waiting for me, I knew I’d made the right decision. I gave him a hug and he kissed me,” Angela, feeling like a youngster once more.

She said that CJ made her feel like the most beautiful woman in the world. 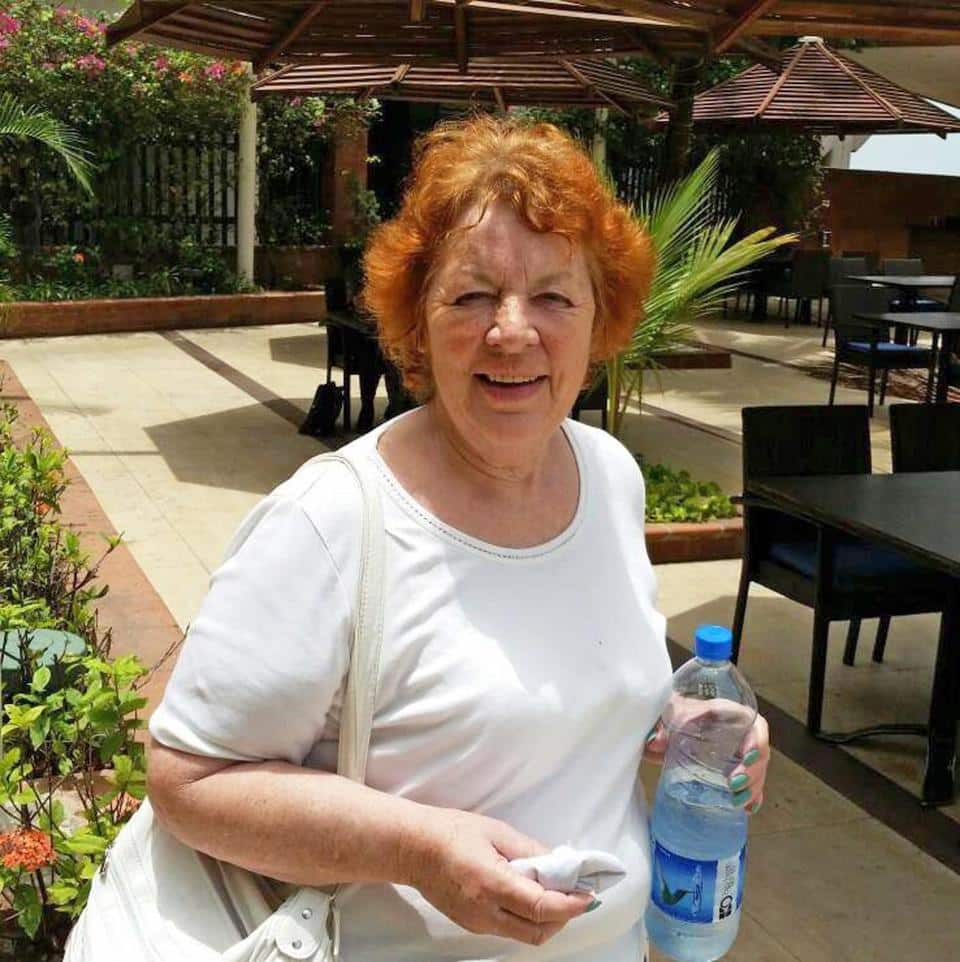 “I know in my heart we belong together and we won’t stop fighting until we can be together as husband and wife. We won’t let this break us,” she said. 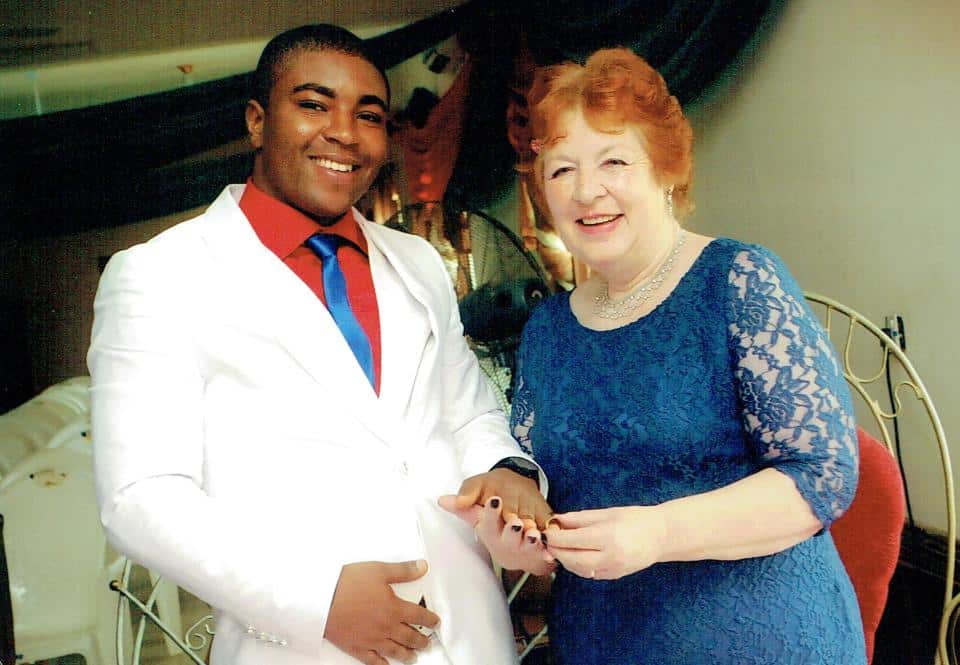 Angela added that they were planning to have sexual intercourse until the wedding honeymoon but both could not keep their hands off each other and broke the plan anyway. 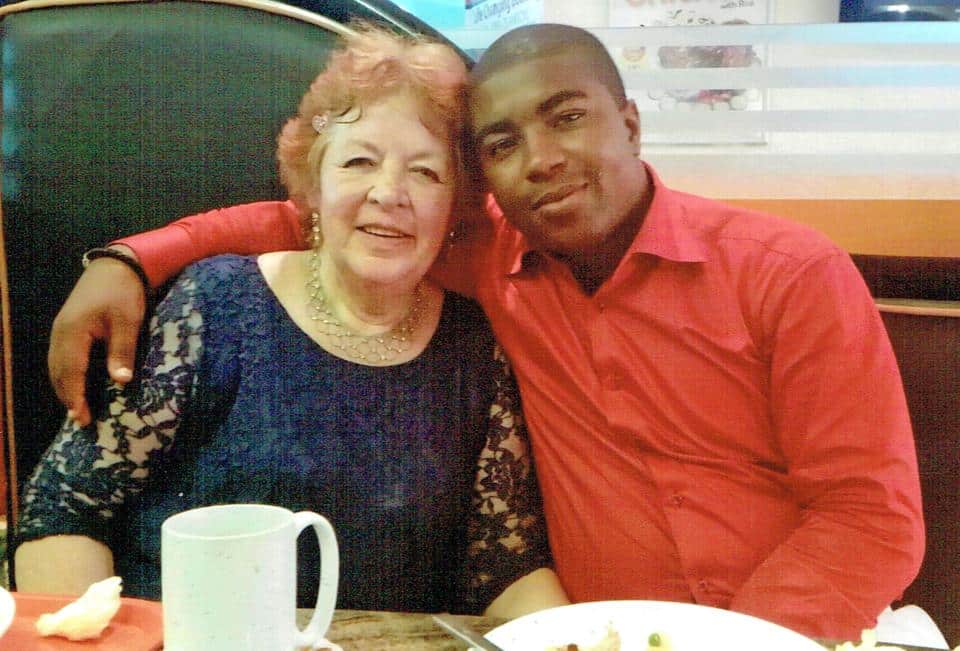 “We’d originally planned to wait until the wedding night to consummate our relationship but we couldn’t keep our hands off each other. CJ was so loving and passionate,” she said.

Since CJ could not fly to the U.K., Angela said that she plans to visit his husband in Nigeria soon. She is, however, hoping to be permanently united with him.

Angela said that their one last card for CJ to be in England is by applying for a student visa since the Nigerian husband would like to take further studies in “computing.”

“Our only hope now is that CJ will be allowed to come next year on a student visa to study his Masters in computing. 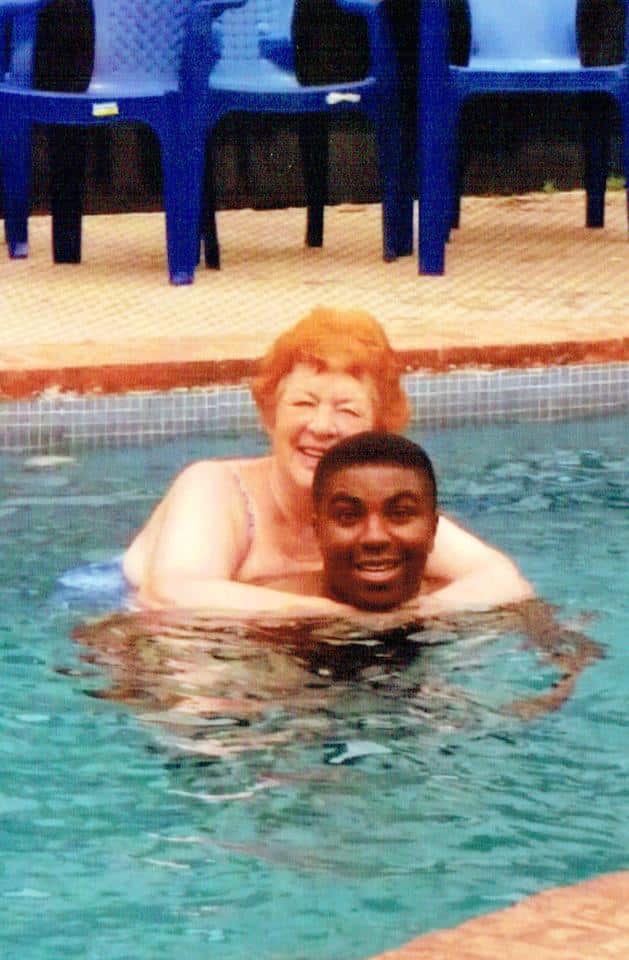 “I’m hoping to go to Africa later this year to visit him and I’m counting down the days until I can see him again.” 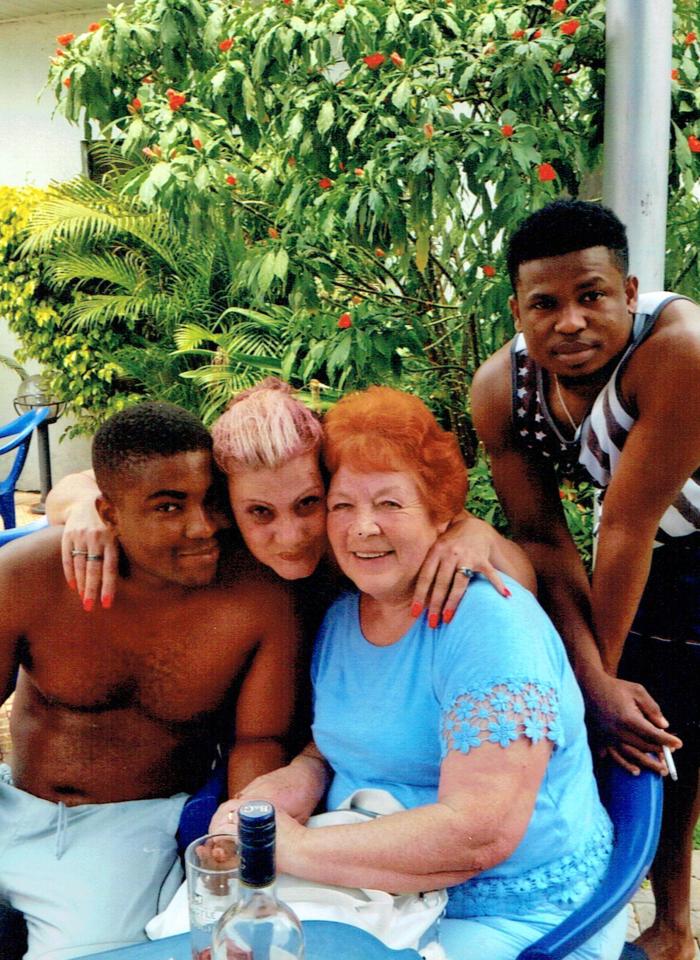 Nigerians are notorious for a number of crimes such as human trafficking, drug trafficking, online romance scams, 419 scams, and other scams. Some are marrying old foreign wives for visas and money.