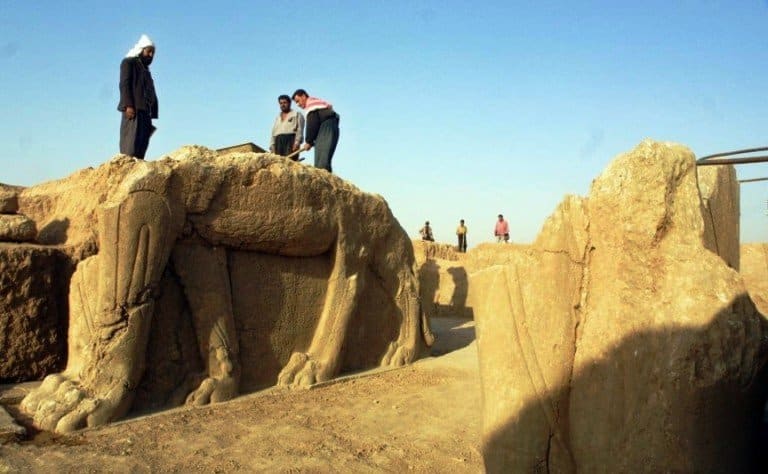 A 13th century sprawling city and anexample of neo-Assyrian Empire design with its palace of Ashurnasirpal, colossal “lamassu” statues of mythological lions and winged bulls with human heads was looted and flattened by ISIS bulldozers and military vehicles 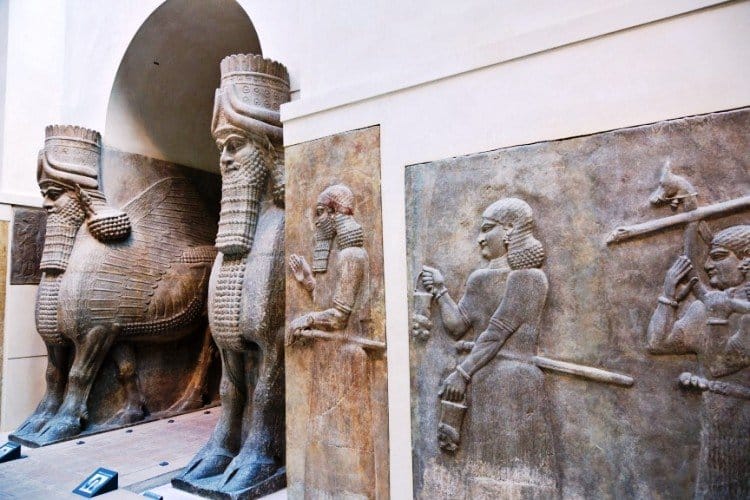 Eager to obliterate history and establish their own, ISIS, under its Preservation of Virtue and Prevention of Vice Committee, razed the ancient city, with its stone reliefs and antiquated writings. 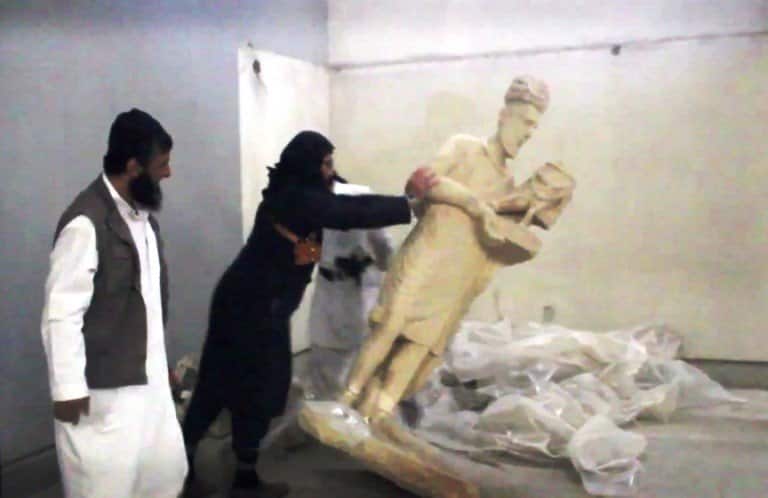 ISIS actually released footage of their Islamic militants using sledgehammers to destroy sculptures, artifacts, and artworks over 3,000 years old, including a Winged Bull that stood at the Gates of Nineveh dating from the 7th Century. 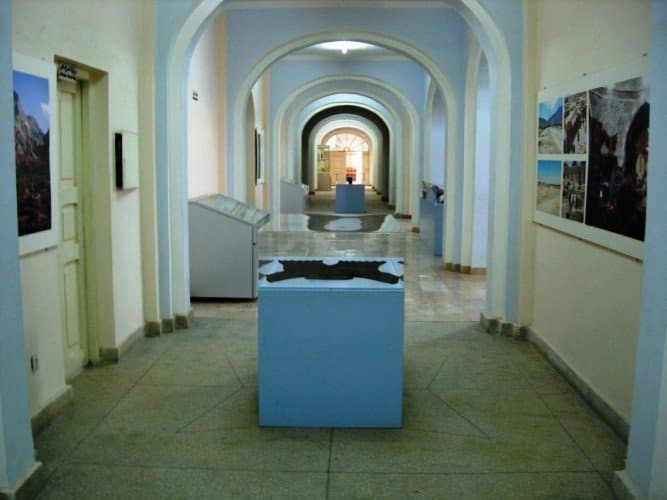 The Taliban looted, pillaged and destroyed over 70 percent of the museum, laying waste to 2,500 artifacts, including Greco-Bactrian Buddha statues, some of Buddha’s earliest likeness in human form.

#10. The Buddhas of Bamiyan, Central Afghanistan 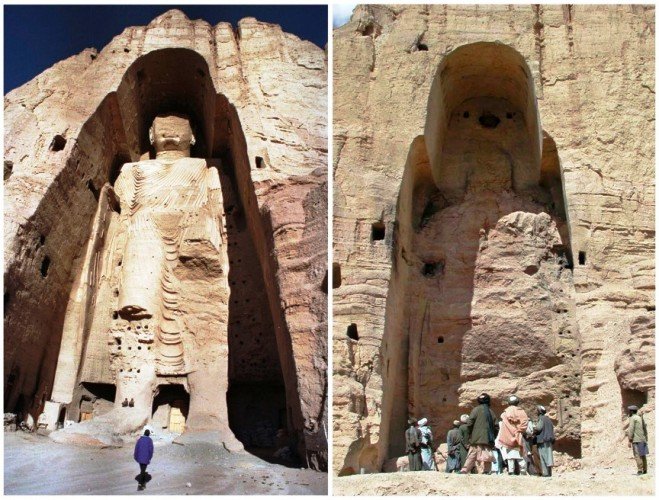 Not content with the National Museum, the Taliban dynamited 6th century old 173-foot and 114-foot tall Buddha statues carved from the sandstone cliffs in Afghanistan’s Bamiyan Valley. The statues, which had survived several wars and the elements, did not last through Taliban dynamite, after they were destroyed in 2001 to rid Afghanistan of “Hindu heresy.”