Joking about bombs inside the airport is a criminal offense in some countries. Even saying the word “bomb,” will get one in trouble. You see, employees and passengers in this public place are so sensitive to these words because, it put their lives on the line.

An Irish teenager, however, was filmed repeatedly shouting the word “bomb” and “I’m a terrorist” while on flight. You may roll your eyes for thinking that is yet another crappy teenage thing. But unfortunately, it isn’t.

It turns out the boy in the video named Lewis Nickell has Tourette’s syndrome and the video was his way of showcasing the struggles of people with the said condition. The video, which he and his brother Terry took last month has already gotten about 72,000 views.

“Going to the airport is one of the trickiest things someone with Tourette’s or suffering from tics can do – for obvious reasons,” Lewis said.

Although some people are aware of his condition, he recalled one woman who looked at him with much mortification. Some were worried but the airplane staff, who were informed of the shoot and Lewis’ condition, remained calm and handled the situation well, which made people relaxed. 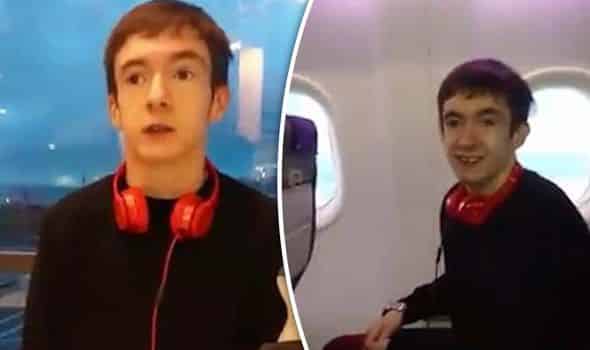 Tourette’s syndrome is a neurological disorder that makes one do involuntary movements or noises called “tics.”

You may remember the movie “The Road Within“, where Robert Sheehan played a guy with Tourette’s syndrome. 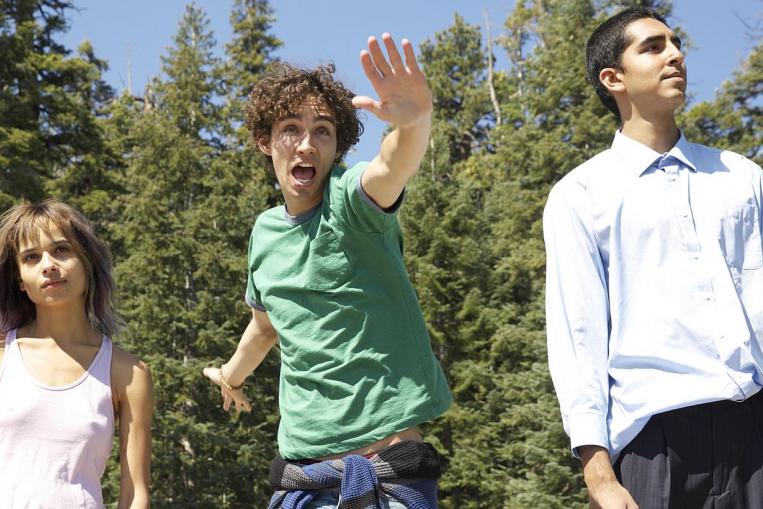 Lewis’ tics depend on the environment he is currently in. For example, when he is outside of their house, where British flags are displayed, he would shout “f***ing huns.” When he is in a Catholic area, he would exclaim “f***ing Catholics.”

Lewis clarified that he doesn’t want to offend people and that he is aware of the very negative impact of his tics.

Lewis began having tics when was 15 years old. The noises were mild at first but as the disorder progressed, the tics became worse, with him shouting rude words already.

“There was one day I remember when I was sitting in school and it got so bad that the rest of the class were asked to leave the room,” he recalled.

He was admitted at Ulster Hospital for five weeks for diagnostic testings and treatment and on April 26, 2015, he was diagnosed to have Tourette’s syndrome.

Although, he takes medication to control his outburst, Lewis cannot be completely cured.

One letdown of his condition is that he is unable to go near his little nephew and niece for fear that his condition might flare up.

“My niece is three and my nephew is two, so they had lots of other young children around – and swearing in front of them would have been awful,” said Lewis.

The biggest sacrifice Lewis probably has to make because of his condition is giving up kickboxing, which is his greatest passion.

“I used to kickbox pretty much every night after school,” he said. “It was my dream to one day teach kickboxing full time and have my own studio. Having to give up so much of my life was really devastating.”

The videos Lewis make is his way of increasing people’s awareness. He also aims to help people like him and to inspire them that they can make the most out of their lives even after the hardships.