We need some time alone but it is also comforting to know that we have a friend who got our back especially when dealing with matters of the heart.

Apparently, someone just earned a friend from a complete stranger who went out of her way to help a woman going through a breakup. And we could only wish we have someone like Tonya in our lives too.

Christina Grady’s fiancé broke up with her so she had to move into a new place. What could be worse than that? Until she discovered that her Capital One card was shut off, she was doomed, not realizing that luck was still on her side the whole time.

Christina was having a rough time at Home Depot when her credit card was shut off due to suspicious or fraudulent transactions. 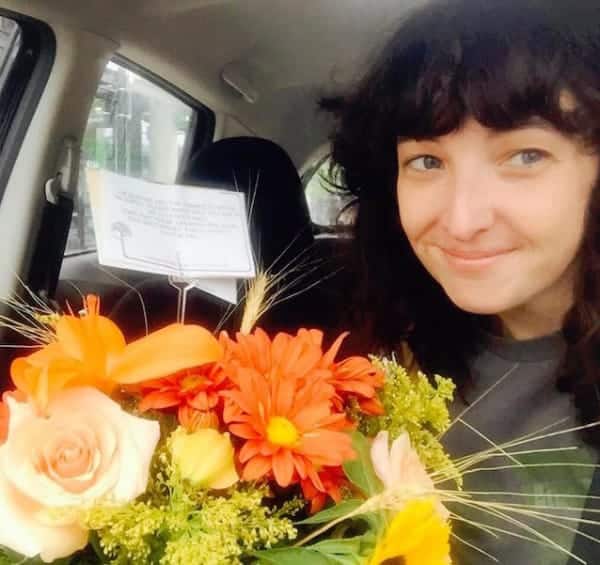 So she called her credit card provider, Capital One and explained to an agent named Tonya the reason behind her sending furniture to a new address.

Luckily, the agent was understanding enough to help Christina get her card back. Not only that, Tonya also gave her 4,500 free miles so she could go and enjoy her much deserved post-breakup trip.

Christina was touched by the agent’s thoughtfulness but it didn’t end there. 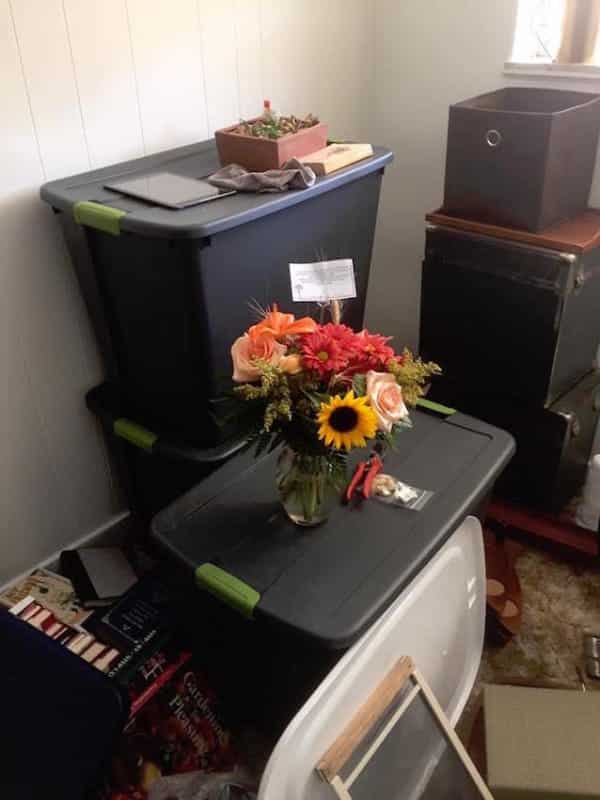 Five days later, she got a text from her ex fiancé saying, “Someone sent you flowers in my house.” And so he let Christina pick them up while he was at work.

Only to find out that it came from the same agent or TONYA KYY905, Capital One as indicated on the card. 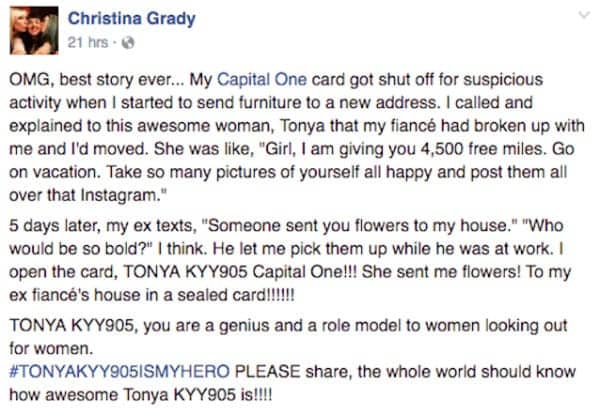 “TONYA KYY905, you are a genius and a role model to women looking out for women. #TONYAKYY905ISMYHERO PLEASE share, the whole world should know how awesome Tonya KYY905 is,” Christina wrote.

The post that has since gone viral with more and more people especially women inspired and delighted by Tonya’s kindness.

“Every woman on earth should call Capital One and request a raise for Tonya KYY905,” Christina added.

Here’s a photo of the card with a heartwarming message from the Capital One agent. 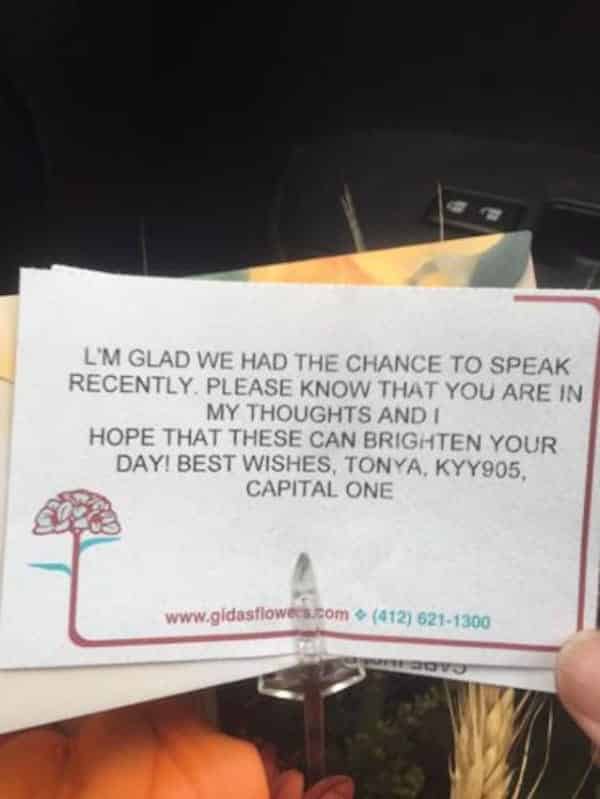 All is well that ends well. Capital One’s response is quite encouraging too.

Talking about going the extra mile and great customer service. And what is a heartbreak when you have more people around you to help you carry on and love yourself even better!